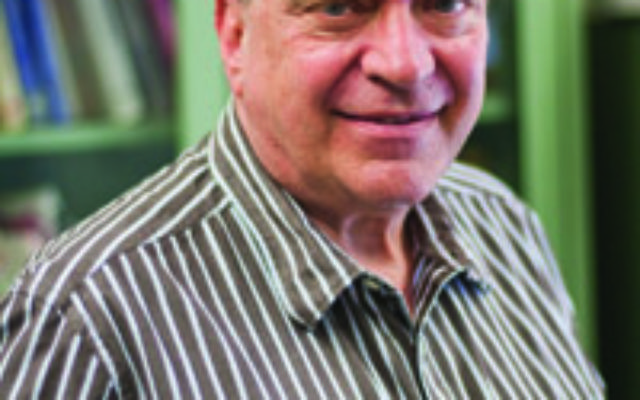 Israel can claim to be a full democracy only so long as it treats its Arab minority fairly. While the economic gap between Israeli Arabs and Jews remains large, the ruling coalition has undertaken real efforts to reduce discriminatory practices in policing, government employment, national service, and education. At the same time, Israeli Jews appear to be increasingly hostile to providing full political and civil rights to Israel’s Arab citizens.

In a 2010 survey of Jewish youth, close to half supported revoking political rights of Arab citizens. Around the same time, Safed’s chief rabbi issued a halachic ruling prohibiting Jews from renting homes to Arabs. More recently, there has been an upsurge of anti-Arab legislation. These ambivalences and tensions underscore the difference between viewing Israel as Zionist rather than simply a Jewish state.

There are large employment gaps between Arab and Jewish women. These differing employment rates translate into substantially fewer two-wage earning households in Arab than Jewish communities, an important explanation for why the Arab poverty rate (51 percent) is so much higher than the Jewish rate (15 percent). Recognizing that Arab women have low levels of Hebrew and computer literacy, the government has developed a number of training programs to aid them in overcoming these employment handicaps. Located in Arab villages, their classes are scheduled in the mornings, so as not to conflict with family responsibilities.

Leading Israeli industrialists, including Stef Wertheimer and Dov Lautman, have been instrumental in the government’s Tevel program, which supports export initiatives for Arab businesses. There have also been a number of programs designed to increase the pipeline of trained Arab workers who can succeed in the Israeli high-tech sector. The high-tech employment of Arab college graduates has almost doubled in the last three years, helped by the joint Arab-Jewish organization, Tsofen. Recognizing its 83 percent placement rate, the government has provided funding enabling Tsofen to double again the number of Arab graduates enrolled in its transitional programs. In addition, the government has agreed to pay 25 percent of the salary of all Arab citizens hired in the high-tech sector.

In 2006, Arabs comprised only 6 percent of all government employees. In response, it set a goal of 10 percent by 2010, and reserved 30 percent of its new hires for Arab citizens. When that goal was not met, the government initiated “incentives packages” for educational and housing expenses that would make it more viable for Arabs to relocate to Jerusalem for government employment.

In response to the violent confrontations between Israeli Arabs and police of October 2000, the Abraham Fund engaged Israeli police in training programs that transformed their approach to Arab demonstrations. This transformation also led to community police units in over 100 Arab towns in contrast to only three towns a decade earlier. Each of these units is comprised of both Jewish and Arab personnel, increasing the Arab share of Israeli police from 1 to 4.5 percent.

Employment of Arab teachers received a boost in 2010 when the government implemented an Arab language requirement for fifth graders in 170 Jewish schools in northern Israel. Finally, Prime Minister Netanyahu’s coalition has actively encouraged the social service option for Arab women. The Knesset leadership that controls funding for this program reasons that if Arab women engage in social service, they will be more likely to stay in the labor force.

The current dominant Zionist precepts do not conflict with policies that promote economic equality. These efforts reflect a genuine commitment to reducing Arab poverty. After all, the Israeli government has strong financial interests in reducing the number of poor families, given the social welfare payments they receive. In addition, increasing employment rates of Arab women can be crucial to reducing the Arab birth rate.

The current dominant Zionist precepts, however, do conflict with other democratic principles and go well beyond what’s required for the maintenance of a Jewish state. A Jewish state requires a Jewish majority to guarantee that Jewish holidays and remembrances continue to be a part of the national culture, that immigration remains open to world Jewry, and anti-Semitism not be tolerated.

But not only do these Zionist policies protect a Jewish majority, they posit that governing coalitions will never include Arab parties. And they require that not most but all national symbols must be Jewish. Finally, 93 percent of Israeli land is in the hands of the Jewish National Fund (JNF) and this land can only be used by Jews.

The discriminatory effects of the current dominant Zionist precepts are illustrated by the distinction between government policies towards the unrecognized and recognized Bedouin Negev communities. Recently, there have been significant improvements in the government’s behavior towards the recognized Bedouin towns, but they have not been extended to the unrecognized villages. Despite survey evidence that 65 percent of Israeli Jews support recognition for these villages, government and JNF policies preclude this possibility — Bedouin houses continue to be demolished and basic services denied. Instead the government has undertaken initiatives to increase the Jewish presence in the Negev: subsidizing Jewish settlements and planning to shift military installations there. Most troubling, last week it announced plans to relocate 30,000 Bedouin who reside in unrecognized villages.

While continued economic advances will make Israeli Arab lives better — and counter harsh criticisms of Israeli policies towards its Arab citizens — they will not bring about full democracy. Only if current dominant Zionist precepts are radically changed can Israel be both a Jewish and a fully democratic state.

Robert Cherry is professor of economics at Brooklyn College and a member of the UJA-Federation of New York’s Taskforce on Arab Citizens of Israel.