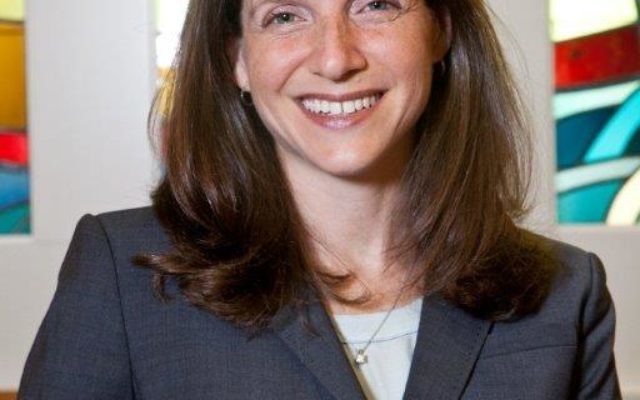 “Go forth from your land, from your family home, to the land that I will show you, and you shall be a blessing.”

With these words from the book of Genesis, the life of Abraham was changed and Zionism — the commitment and belief that the Jewish people have a right to live in Israel, as a sovereign nation, with the ability to control their destiny, and be a blessing to others — is born.

I recently journeyed to Jerusalem, to explore the land, as I attended the 37th meeting of the World Zionist Congress in Jerusalem, which raised three questions.

The land itself is a contradiction. It is green and lush, and brown and dry; it is light rails and Wi-Fi and it is sheep herders and donkeys; it is ultra-religious and ultra secular, it is three faith traditions all trying to inhabit the land where most of the people just want to live in peace.

Fortunately, people were out and about. I walked by myself on the streets; I took the train; I shopped in stores; I sat in a café. Though people were a bit on edge, they were out and busy. I even bought a new pair of shoes, and of course, because of the Mets incredible journey to the World Series, I bought my sons Hebrew Mets shirts with their names on the back.

Though the hope for peace is fading ever so quickly, people want to hold out a sense that tomorrow can be better than today.

Second, what do we hope the land will look like and how did my attendance at the Zionist Congress fit in?

The World Zionist Congress is a parliament of the Jewish people that meets once every five years. It is the forum of its kind where elected participants from all over the can come together, because of their commitment to Zionism, and explore the direction that the World Zionist Organization will take.

It was a comprehensive business meeting of national organizations of Israel (like the Jewish Agency), Israeli political blocks (Likud and Labor, etc.) and worldwide religious streams (Orthodox, Conservative, Reform, and more). All attempted to make policy for the next five years on how to engage in and support the enterprise of Zionism

I was there as a part of the Conservative Movement’s slate, Merkaz. Each group had its own allegiances but overall there was a shared commitment to the state of Israel and the Jewish people.

But here is my third question: Aren’t we done? Israel was established in 1948, so why do we still need this congress? Because as Isaac “Buzi” Herzog, leader of the Labor Party, noted, in 1897, Theodore Herzl, the founder of modern Zionism, dreamed of a state. Only 50 years later it was born. We need to dream about what the next 50 years (and more) will look like — and even now the borders aren’t determined yet. .

What role does each of us have in supporting Zionism?

We need to realize that perfection is aspirational. Israel is only 67 years old. There are many wonderful things and many areas that still need work. But we need to engage with Israel, care about Israel, visit Israel, and support Israel.

We are all responsible for the conversation.

We were each invited to the Congress because we have voices to add. The congress is a reminder of what the Am, the Jewish people, could look like. There were many voices, many languages, but one heart.

We break a glass at the end of a wedding to remind ourselves that there is still more work to be done in the world; the Mishnah teaches that when you paint a new home you should leave a corner of the home unpainted, as a symbol that you should always strive to be better.

Theodore Herzl said: Even after we possess our land, Zionism will not cease to be an ideal, for Zionism includes not only the yearning for a plot of Promised Land, legally acquired by our weary people, but also the yearning for moral and spiritual fulfillment.

That is our task. Preserving the body and the soul of the Jewish people. It doesn’t need to be an either/or question. You can have security and justice. Religious and secular. Two states for two peoples and a democratic Jewish state.

Zionism is a journey that Abraham started and we must continue it, for we must be a blessing to others — and ourselves — as we walk ahead, together.

Rabbi Rachel Ain is the spiritual leader of the Sutton Place Synagogue.