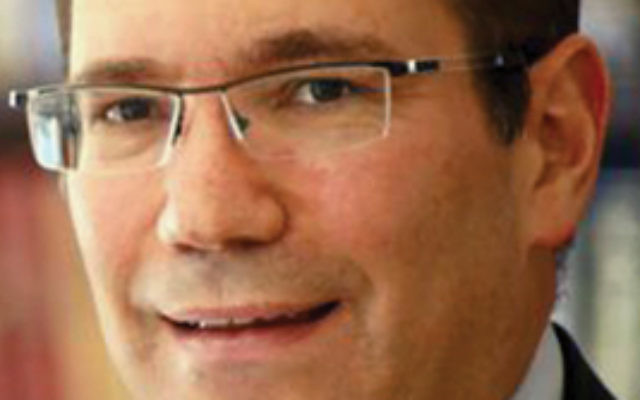 Anticipating Israel’s 70th anniversary, a year from now, we need two educational goals: one expansive, one defensive. The expansive one is for every Jew to discuss the meaning of Israel and Zionism. Let’s convene Zionist Salons worldwide to read some basic Zionist texts — old and new — and argue it out, together (if the texts come from my forthcoming anthology, “The Zionist Ideas,” even better).

The defensive goal is to learn how to explain to harsh critics on the alt-left and false friends on the alt-right why Zionism is neither racism nor similar to white nationalism. (In fact, such perverse misreadings indict the accuser, not the accused.)

This defensive goal responds to a young rabbi’s recent humiliation when the white nationalist Richard Spencer appeared at Texas A&M University. The rabbi challenged Spencer to study Judaism’s “radical inclusion” and love. Spencer responded — smiling, not sneering — “Do you really want radical inclusion in the state of Israel? Maybe all of the Middle East can go move into Tel Aviv or Jerusalem.” Spencer explained: “Jews exist precisely because you did not assimilate to the gentiles. … I want my people to have that same sense of themselves.”

Today, most involved Jews know how to explain why Zionism is not racism and that Israel doesn’t practice South African apartheid…

White nationalists seeking legitimization and anti-Zionist leftists seeking to delegitimize Zionism insist the rabbi’s silence affirmed Spencer, equating the two movements and exposing Zionism as “illiberal.” Actually, the rabbi’s silence reflected a scandalous educational failure on the part of his particular rabbinic seminary — and American Jewry. Today, most involved Jews know how to explain why Zionism is not racism and that Israel doesn’t practice South African apartheid, noting that the Palestinian-Israeli conflict is national, not racial, involving both light- and dark-skinned Israelis and light- and dark-skinned Palestinians. We note that Israel has no legislation based on race. Security-based distinctions may keep Israelis and Palestinians apart but that’s not apartheid, a race-based form of legal discrimination. Many have also exposed this New Big Lie as Palestinian propagandists’ attempt to racialize the conflict to demonize Israel.

In fairness to this rabbi, few American Jews could explain why Spencer’s “White Zionism” lie slurred Zionism — and nationalism. Nazi Germany and apartheid South Africa discredited race-based nationalism, especially for whites. Zionism, however, sprouts from an ancient synthesis of ethnicity (rather than race) and religion that yielded a democratic state, which, like America, is defined, yet porous. As for nationalism, the world remains a network of nationalisms, with 193 nations in the United Nations. Some nationalisms are noble, others are noxious.

Spencer and his white nationalists must explain who constitutes “my people.” White nationalism repudiates America’s welcoming, E Pluribus Unum — one out of many — melting pot. Despite their “America First” rhetoric, envisioning an exclusive white nation is un-American.

Jews, however, constitute a people, not a race. Jewish nationalism is as valid as the other identity cocktails underlying modern democracies. Many national flags have crosses or crescents, because religion remains relevant, even for European democracies. Ultimately both Zionism and white nationalism are forms of nationalism, but are not the same: ham and gefilte fish are both foods, but they too are not the same — and only one can be kosher.

Spencer also exploited a common mistake many liberal cosmopolitans make of branding any distinctions between humans as illegitimate, while favoring some nevertheless. Looking left, some categories are deemed politically correct — from feminism and LGBT identity to blackness and Palestinian nationalism. Some are not, especially Jewish nationalism, meaning Zionism. “Intersectionality” — allegedly linking forms of oppression — often blocks Jews from having natural allies on a whole range of issues and can itself be seen as anti-Semitic.

By definition a community needs boundaries, otherwise there is nothing to belong to. In this way, Spencer was right: Jews survived for millennia by having boundaries, preserving “our” people. But Jewish peoplehood revolves around life-affirming values. And its national identity, as realized in Israel, balances ethnic particularism with democratic universalism. Humans are tribal; distinguishing isn’t always discriminating.

Ultimately, the defensive educational goal doubles-back to the expansive one. Our challenge is not only to defend Israel and Zionism but to reaffirm the positive values the Jewish state and Jewish national movement embody. It’s easier to defend Israel and Zionism when they aren’t alien causes Jews embrace out of guilt, but identity pillars Jews embrace with love, understanding, a sense of ownership, and great pride.

Gil Troy is the author of “The Age of Clinton: America in the 1990s.” His forthcoming book, “The Zionist Ideas,” which updates Arthur Hertzberg’s classic work, will be published by The Jewish Publication Society in spring 2018. He is a distinguished scholar of North American history at McGill University.