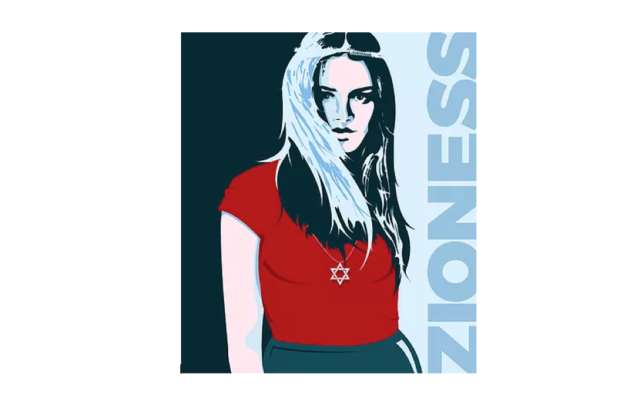 They are (Jewish progressive) women, hear them roar.

The 1972 Helen Reddy song that became the anthem of feminism’s second wave could very well be the slogan of Zioness Movement — the brand-spanking-new progressive group, which makes its official launch on Saturday at Slutwalk Chicago.

“What we’re asking for is to be included in important movements in the United States. We are asking not to be excluded,” Amanda Berman, a 30-something attorney who lives in New York City, told The Jewish Week in the group’s first media interview.

“We are true progressives, this is sincere for us,” she added. “It’s something that [Zionist] progressive women have been struggling with for a long time.”

Unapologetic for either of their identities, Berman and between one and two dozen other co-founders  launched the movement after organizers of the annual march against rape culture said publicly that people wearing Stars of David would not be “invited to participate.” The statement came in the wake of a decision by organizers of the Chicago Dyke March to kick out three women who were holding a rainbow flags with Stars of David  last month.

“We are asking not to be excluded.”

SlutWalk Chicago has since reversed the decision, instead banning all nationalist symbols from the march — except for Palestinian flags, which they view as symbols of resistance rather than nationalism.

“For too long, we have allowed certain individuals to advance the idea that intersectionality excludes Jews and Zionists,” said co-founder Talia Shifron in a press release. The law student at Loyola University Chicago and president of her university’s chapter of the Louis D. Brandeis Center for Human Rights added, “Zionism is a movement for self determination and civil rights, just like other movements who fight for these same causes, and it is time for us to join in solidarity to dismantle all forms of oppression.”

“For too long, we have allowed certain individuals to advance the idea that intersectionality excludes Jews and Zionists.”

Once Berman’s group decided to take action, they got the organization together in rapid-fire succession. They developed an image — a woman wearing a countenance of courage and a Jewish star around her neck — a Facebook page that, as of Wednesday early afternoon had 358 likes, a website and twitter and Instagram accounts. Between one- and two-dozen people, living in cities across the country, make up the core organizing committee.

“This really has come together in about two weeks,” Berman said.

As for what’s next, Berman and friends are taking it one step at a time. There are a number of directions the group could go in, and any would be good, as long as they’re heading left.