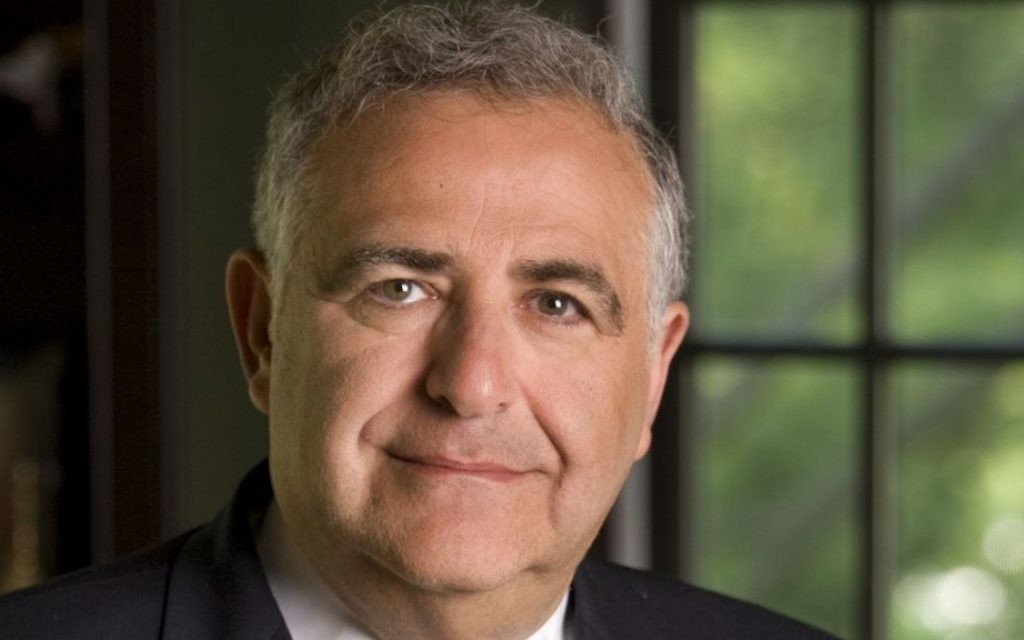 Richard Joel, the president of Yeshiva University, announced today that he will step down by the end of his current term, igniting a charged response from current students and alumni.

Joel, 65, made the announcement Thursday in an email sent to Y.U. staff, students and alumni, and obtained by The Jewish Week. Though Joel’s term is set to expire in 2018, he told the Jewish Week that he would step aside earlier if a successor is found and can begin before the term ends.

In the comment threads of students and alumni reacting to the news, affection for Joel battled with irreverence. “Crying at this news!” one student wrote. Yitzy Frankel, a former Presidential Fellow, a one-year opportunity for graduates to work within the university (the program has since been cut), commented, “he will be deeply missed!” “Yea, by the board of hedge fund managers,” another student smugly responded.

In his letter, Joel put the announcement of his retirement at the end of long letter detailing YU’s recent successes, most notably the signing of a deal to transfer Einstein’s operations and finances to the Bronx-based Montefiore Health Systems. (The costly medical school was reportedly responsible for two-thirds of the university’s annual operating deficits.)

“I am well into my 13th year of the presidency and the 28th year of leading Jewish educational institutions,” Joel wrote. “When I accepted a third term as president, I informed our chair, Henry Kressel, that it would be my last.” He concluded that he has given the board the green to start recruiting for a successor.

In Joel’s 13 years at YU’s helm, the university has weathered a sex abuse scandal and a severe financial crisis that pledged the university into $600 million of debt. Aggressive faculty cuts and program consolidations contributed to a university-wide vote of ‘no confidence’ in Joel earlier this year.

While YU faculty and board members are hesitant to react to Joel’s news, students are responding candidly with relief, and humor. One student posted a meme of the Joker from the cinematic sensation The Dark Night walking away from the wreckage of a building he had just exploded. “My reaction,” he captioned the image. Another student posted a link to a clip of Price John (initials PJ) from Disney’s Robin Hood, counting his treasure.

(Joel, who was paid $873,337 and earned an additional $397,973 in other compensation, according to public tax filings submitted by the university, made the second highest salary of any CEO of a Jewish non-profit in 2014, according to the Forward.)

“This is what no one is saying, but everyone knows: he stayed way too long,” said Yael Reisman, a 2004 graduate of Stern College and former head of the Student Life Council. Though she had a “great experience” at Stern and was an active alumnus for many years, Joel’s repeated defensiveness in the face of criticism and inability to lead the university to more stable ground lost her confidence long ago, she said.

“From the very beginning, before Madoff and the 2008 crash, he was a big talker—he talked about transparency, strategic planning, ‘enabling and ennobling—but as students, we kept hearing promises but not seeing results.” She talked about the difficulty she had planning events for students and the embarrassment she felt when YU’s first panel of gay students to publically address the student body was met with internal resistance. “He didn’t have to wait this long to go,” she said.

Joel was the first non-rabbi to head the institution, and each of his predecessors had significantly longer tenures. His immediate predecessor, Rabbi Norman Lamm, led Y.U. from 1976 until 2003.

Other students pointed out that Joel failed to bridge the gap between the university’s right-wing roshei yeshiva and its more liberally minded factions. In the past few years, several roshei yeshiva have attracted attention for controversial comments about race, the role of women in Orthodoxy, and gay Jews.

“He failed to bridge the gap between ‘Torah’ and ‘Madah’ (secular knowledge),” wrote Zev Weisinger, a 2015 graduate. “While I don’t think Yeshiva University will ever go away, the damage caused is irrevocable.” He noted that a lot more than financial status have been lost during Joel’s tenure so far. “The next president needs to be someone respected by both they yeshiva staff and the college staff,” he said, a balance that has been difficult for Joel to strike.

A former faculty member at YU, who was let go due to budget constraints, said he “sincerely hopes that the next president of YU will have the ideals of both Torah and Maddah at the forefront of his decision making, as well as employ a much more transparent cabinet.” He requested to remain anonymous because of his complicated ties to the university.

Though in Thursday’s letter Joel focused on the university’s successes—most notably the signing of a deal to transfer Einstein’s operations and finances to the Bronx-based Montefiore Health Systems—Yeshiva University, considered the flagship institution of modern Orthodoxy, has faced a steady decline in financial health for the past seven years.

Though YU incurred significant losses after the the Bernie Madoff Ponzi scheme came to light in 2008, the university’s losses continued to grow as the overall health of the economy improved. It lost $84 million in 2014 — despite the sale of some $72.5 million of real estate and staff cutbacks, according to audited financial statements — and lost $64 million in 2013. Moody’s investor service downgraded Y.U.’s credit rating to B3 in December 2014, indicating a high credit risk and warning that the school could run out of money before it had time to address its deep deficits.

Among the positive developments Joel cited in his letter were a new $15 million gift from Mordecai and Monique Katz; the planned launching of a new School of General Studies and Continuing Education; the planned offering of an online master’s program in marketing; and an increase in net undergraduate tuition revenue by nearly $6 million over the past two years.

Still, students are already thinking about the future. “Who the heck is up for this position?” said Reisman. “Can’t say I know.”

Ari Manas, another recent graduate, said that while the news leaves him “hopeful,” he has serious concerns about some of the other candidates rumored for job. “Let’s hope we don’t jump out of the frying pan and into the fire.”