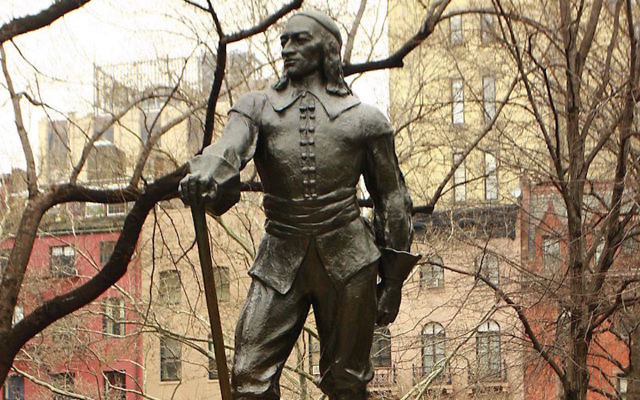 The Peter Stuyvesant statue in New York City stands in a Manhattan square named for him. Requests have been made to remove the statue a JTA

Is Stuyvesant statue the next to go in New York City?

“Peter Stuyvesant was an extreme racist who targeted Jews and other minorities including Catholics and energetically tried to prohibit them from settling in then New Amsterdam,” read a statement by Nitsana Darshan-Leitner, Shurat HaDin’s president. The group’s complaint affects a range of locations and institutions around the city — from the elite Stuyvesant High School to Bedford-Stuyvesant, a Brooklyn neighborhood, and a statue in Manhattan’s Stuyvesant Square.

Stuyvesant prohibited Jews from building a synagogue and serving in the militia, and he imposed on them a special tax.

Shurat HaDin is calling for all of Stuyvesant’s memorials to be renamed for Asser Levy, a prominent member of the first New York Jewish community who campaigned for equal rights.

The nature of the threats were unclear. University spokesman Jarret Bencks wrote in an email to JTA that the school is working with law enforcement to investigate the threat, which he did not specify. 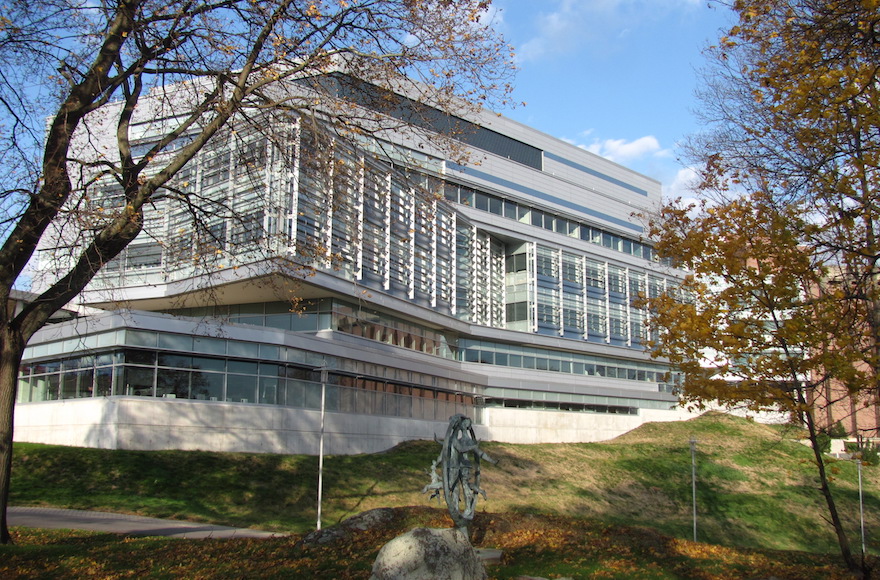 “In light of emailed threats received this morning and with an abundance of caution, we have determined to close the Brandeis campus to all faculty and non-essential personnel until public safety personnel can assure our community that there is no longer a threat,” the university said in an email sent to students Wednesday morning. “Residential students currently on campus will be relocated temporarily to the playing fields.”

Bencks wrote that the campus will be reopened once law enforcement confirms there is no threat.

Israel’s Chief Rabbinate claimed yesterday that the country’s Supreme Court lacks the jurisdiction to rule on the “intrareligious” struggle involving egalitarian prayer at the Western Wall, JTA reports. In a 166-page brief filed with the Court, the Chief Rabbinate said in part, “The courts are not the appropriate tribunal to decide if Jewish law can be changed and the holy sites can be desecrated.” 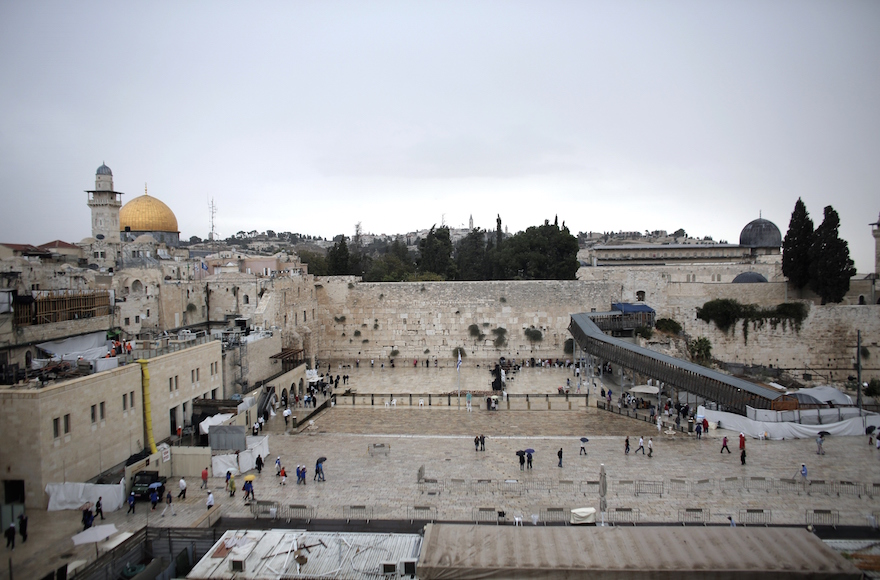 The brief, which noted that all decisions of a religious nature involving holy sites have been decided by religious leaders, not the courts, since the beginning of the British Mandate, is responding to a petition filed with the Supreme Court by the liberal Jewish movements in Israel and the Women of the Wall calling for the implementation of a government agreement to expand and upgrade the egalitarian prayer section at the southern end of the Western Wall.

Islamic Relief—although it is designated as a terror group by the United Arab Emirates and is closely associated with the Muslim Brotherhood—receives financial support from the United Nations and numerous governments around the world, including some $370,000 in aid from the U.S. in 2016

Aryeh Deri, Israel’s Interior Minister Aryeh Deri and a leader of the charedi Shas party, has called parts of the Modern Orthodox “borderline Reform,” the Times of Israel reports. 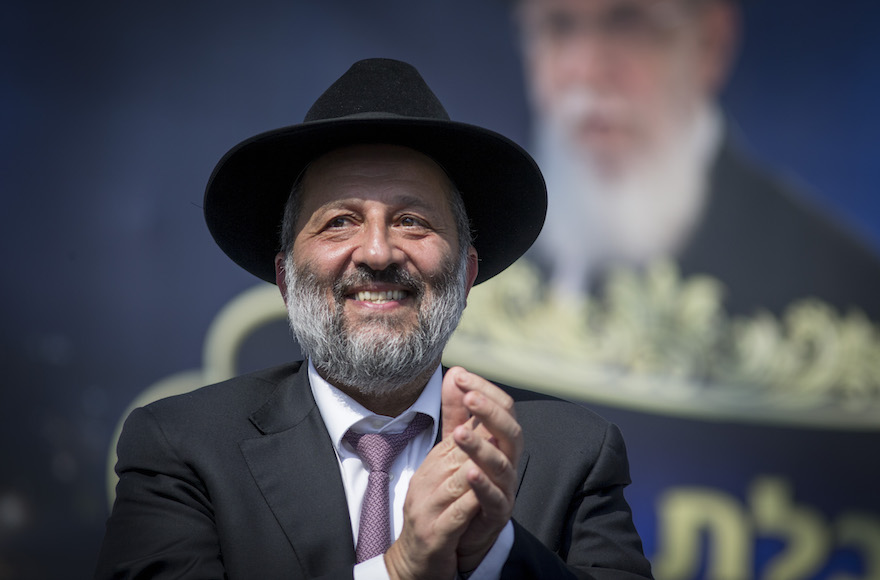 “Even the ‘knit kippot’ [a symbol of Religious Zionists] today, as some know even in very large communities, mainly in the center of the country, they’re already borderline Reform,” he at a conference earlier of the rabbinic organization Benoam. He directed his comments at rabbis who belong to the Tzohar organization, most of them state-appointed city and council rabbis who nevertheless have sought to create a more welcoming and open state rabbinate.

The United Nations High Commissioner for Human Rights, Prince Zeid bin Ra’ad Zeid al-Hussein, plans to publish by the end of the year a blacklist of international companies doing business in Israeli settlements in the West Bank and east Jerusalem, as well as Israeli communities in the Golan Heights, according to ynetnews.com.

The commissioner has already submitted a draft of the list to the countries these companies are based in, so they could give their responses by September 1. Several American companies are on the list, including Caterpillar, TripAdvisor, Priceline and Airbnb.

Israel and the US say the will serve as a prelude for boycotting Israel.