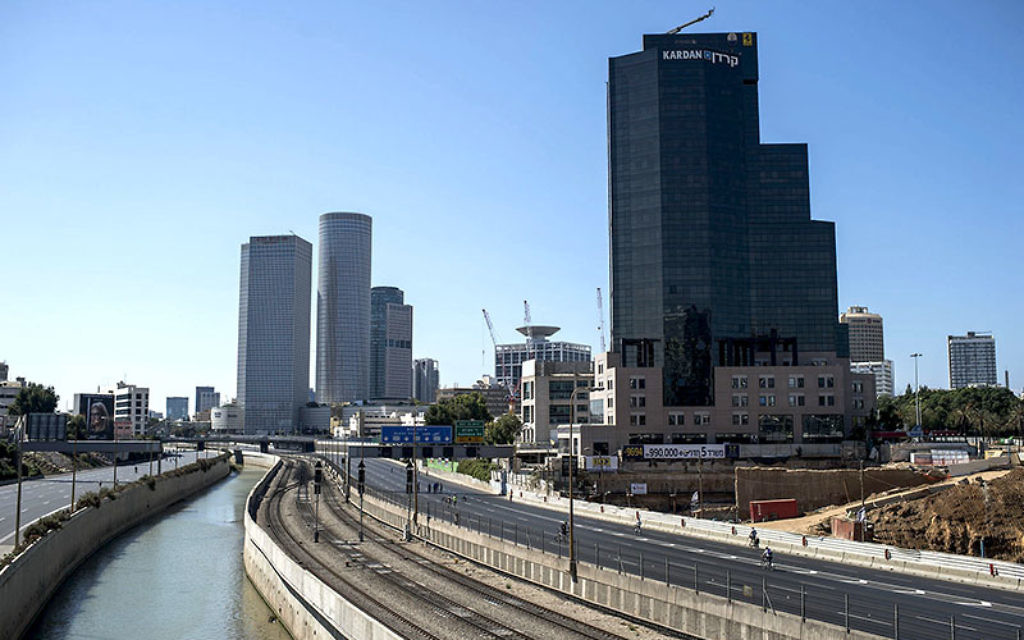 The most solemn day on the Jewish calendar, Yom Kippur is observed in Israel in various fashions.

For religious citizens and visitors, it is a 25-hour period of fasting and self-denial, of introspection and self-examination, and of prayer. Synagogues are packed, as is the plaza of the Western Wall in the Old City of Jerusalem. Some charedi men, right, walk through the Arab stalls of the Old City’s Muslim Quarter following prayers at the Western Wall.

For the more secular-minded, it is a day off from work, a day to take to the country’s virtually empty roads. Some bicyclists, above, have a Tel Aviv highway to themselves on the holiday.

Many Israelis, even those who don’t consider themselves religious, fast on Yom Kippur. Many partake in a traditional pre-fast meal.

The country’s buses and trains don’t run on that day. El Al planes sit on the tarmac.

“The air smells good,” the Times of Israel reported. “The visibility gets better and the distant roar of traffic on the Ayalon highway [in Tel Aviv] is glaringly absent. There is even brand new scientific evidence that the air is much cleaner on Yom Kippur.”

On Yom Kippur, Israeli restaurants and places of entertainment are closed. As are stores. And the country’s main TV channels.

At the end of the holiday, a shofar blast ushers in the few days before Sukkot starts. Restaurants open, TV broadcasts resume, and the cars return to the roads and highways.