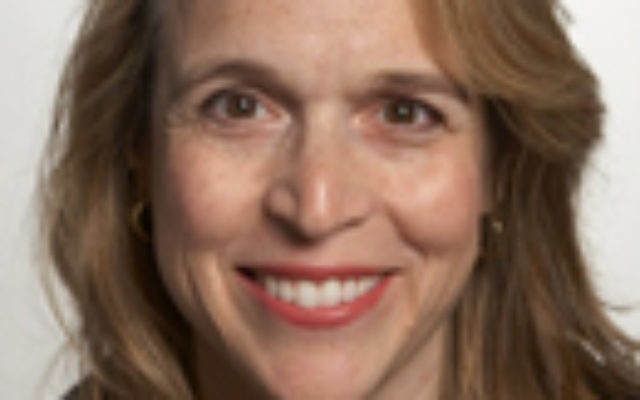 After I began working with Holocaust survivors at a specialized clinic at Mount Sinai in 1993, I wondered if it would be meaningful for our program to formally commemorate Yom Hashoah (Holocaust Memorial Day, May 5 this year). When I brought up this idea, a patient remarked: “If you really want to do something special for us, arrange a day where we could forget about the Holocaust.”   This sparked thought-provoking discussion about the burden of traumatic memory and about the incongruity of wanting to protect loved ones from terrible recollections while at the same time ensuring they are not forgotten.

It is a natural instinct for trauma survivors to protect themselves and others from their painful memories.  But on Yom Hashoah we seek to remember.  We want survivors to tell their stories while we bear witness.  We attempt to live through the Holocaust through these stories.  We don't want to be spared the pain.

It is fair to ask whether seeking to relive trauma is good for our well-being.

Holocaust offspring also displayed biological characteristics similar to those in their traumatized parent even if they had not themselves experienced their own traumas.

Being more prone to mental health symptoms seems like a needlessly painful way to be affected by parental Holocaust trauma.  But it is becoming increasingly clear that some effects of parental trauma may serve the purpose of better preparing offspring for facing their own adverse events, or for coping with the traumatic scars of their parents.   There may be positive personal gain and existential purpose in the pain of carrying traumatic memories forward.

We are just at the beginning of learning about how this, but the lessons from biology seem poignantly applicable to the commemoration of Yom Hashoah.

Imagine you were starved at the hands of the Nazis.  Your body could have adapted to this.  Many Holocaust survivors were able to make a dramatic accommodation in their glucose metabolism following starvation.  In the short term, while starving, these changes provided a means for taking maximum advantage of the little metabolic fuel they had.   Once starvation was no longer an issue, the metabolic changes could be recalibrated again in some survivors, but in others, the metabolic changes that kept them alive persisted.

What is the better strategy?  To maintain the changes in metabolism – you never know whether you might starve again – or to adapt to a land of plenty.  The ideal metabolism for starvation can be disastrous when food is plentiful, leading to diabetes, hypertension, and obesity.  The question is will your body ever really believe that it won’t need to prepare for hunger again?  If survivors could choose to equip their offspring for the future, what is the most beneficial adaptation?  Are the offspring better off with a biology that is optimally adapted for the adversity of the past or the abundance of the present?   It would depend on the challenges they face, which cannot be known in advance.  Of course survivors don’t make these decisions consciously.  Nonetheless, some of the biological accommodations in survivors are reflected in the offspring’s biology.

We are beginning to appreciate that trauma exposure leaves enduring effects in survivors and in the next generation.  Some effects can be explained by epigenetic mechanisms.  Epigenetics refers to the study of alterations on genes that change the way genes function, and can be caused by environmental experience.  This idea is quite remarkable because we tend not to think that we can make permanent changes in ourselves.  Certainly not modify our genes, as a result of our experiences.  But anyone who has gone through a cataclysmic life event will tell you they feel like they will never be the same person they were before.

Curiously, the biological changes that result from parental Holocaust exposure are not simply copies of the same changes that occurred in their parents and were transmitted.  Some are not necessarily even present in the parental generation, but rather, the offspring’s own responses to effects of trauma in their parent.

These effects of the traumatic memory permit a greater repertoire of biological responses to the environment in the next generation in the event they must confront similar challenges as their parents.  These responses may be less useful or unhelpful in safe environments.  But perhaps we are better off being prepared for the worst.  Such preparation requires cataloguing and recalling past generational trauma.

We have to envision the terrible to prepare for future challenges.  When we immerse ourselves in the trauma of prior generations, while not under threat for our own lives, this gives us motivation and opportunity to plan for survival and for a better world.  Just as our DNA is changed through events that befall us, our memorials provide a less personally devastating and communal recollection with the potential for healing and rebuilding.

Mental health is never improved by avoiding reality.  Only by directly facing the past can we convert traumatic memories into living experiences of the present and determinants of the future.

Rachel Yehuda, Ph.D., is professor of psychiatry at the Icahn School of Medicine at Mount Sinai where she directed the Specialized Clinic for Holocaust Survivors and their children from 1993-2005.  She is also director of mental health at the Bronx Veterans Affairs.