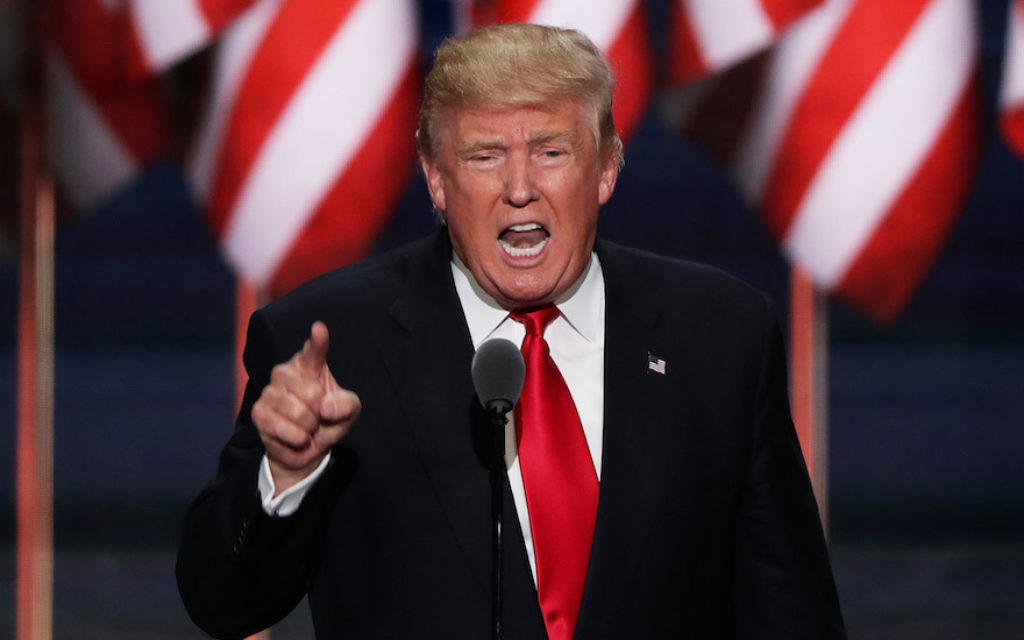 (JTA) — The son of slain Israeli Prime Minister Yitzhak Rabin said Donald Trump’s “ugly” campaign rhetoric is threatening American democracy and creating an atmosphere similar to the one in Israel leading up to his father’s assassination.

In a USA Today op-ed on Sunday, Yuval Rabin wrote that the recent call by Trump to “Second Amendment people” is the same kind of “incitement” that “led to the murder” of his father in 1995.

“More than one commentator in Israel and the U.S. has pointed to the parallels between Israel in the 1990s and the U.S. today,” Rabin wrote, citing articles in Haaretz and The New York Times.

He added: “Trump has called Clinton ‘the devil,’ claimed that the election might be ‘rigged,’ denigrated religions and questioned the impartiality of the justice system.
“Intentional or not, the Republican presidential nominee is removing confidence in the democratic form of governance. If an election is seen as illegitimate, if those who supported a candidate are viewed as somehow lesser ‘Americans,’ then it becomes acceptable — and even appropriate — to work outside the political system.”

Trump’s comments last week — suggesting that gun-rights supporters could take action against Hillary Clinton if she “wants to abolish” the Second Amendment, or the right to bear arms — also prompted Connecticut Gov. Daniel Malloy to make the Rabin assassination comparison.

“I instantly thought about Rabin and Israel,” Malloy, a Democrat, said on MSNBC. “There were rallies going on in Israel where ‘Death to Rabin’ was shouted and politicians didn’t respond, so I’m going to respond.”

Rabin was shot and killed by a right-wing extremist, Yigal Amir, amid tensions over Rabin’s push to make peace with the Palestinians.

Yuval Rabin went on to argue in his piece that Trump’s words are “a threat to American democracy.”

“It is not my place to make this claim,” he wrote. “But I have been touched by political violence, and have witnessed the environment that led to at least one person to believe such violence was called for.”