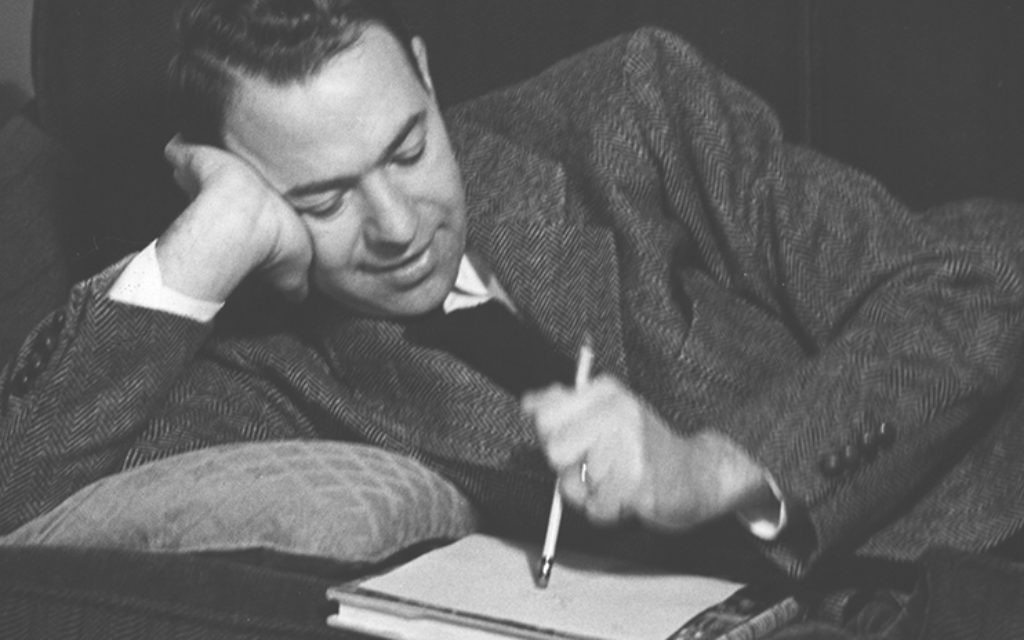 A student of the Broadway stage could be forgiven if he detected in the populace message of Bernie Sanders an echo of the progressivism in Yip Harburg’s book and lyrics for the musical “Finian’s Rainbow.” Income inequality, check. The haves and the have nots, check. The individual (those rapacious 1 percenters!) versus the collective, check.

The Brooklyn-born democratic socialist candidate and the Lower East Side-reared lyricist of “Brother, Can You Spare a Dime?” (and “Somewhere Over the Rainbow”) fame share a liberal political viewpoint that seems part of many Jews’ DNA.

The resonance of that political and economic message, in light of the presidential election season, is part of the reason The Irish Repertory Theatre is considering mounting a revival of the 1947 musical this fall, its first since 2004. First up, though, was an Irish Rep benefit Monday night at Town Hall, “Finian’s Rainbow in Concert,” that featured the musical’s classic tunes — “That Old Devil Moon, “How Are Things in Glocca Morra?” and “Look to the Rainbow” — with a cast of Broadway stars; the hot Irish actress Saoirse Ronan, currently starring in Arthur Miller’s “The Crucible” on Broadway, hosted the evening. Harburg’s son and daughter-in-law, Ernie and Deena Harburg, president and executive vice president and artistic director, respectively, of the Yip Harburg Foundation, served as senior consultants helping to adapt the script for the Town Hall show.

“The themes are more relevant than ever,” Deena Harburg said of the musical, in which a twinkle-in-the-eye Irishman comes to America with his daughter to seek his fortune near Fort Knox in the Jim Crow South. “For Yip to recognize and put so clearly the divide between rich and poor in 1947 was true then, and it turned out prescient; it’s gotten worse in a way today with the 1 percent and all that,” she told The Jewish Week.

Lurking behind the musical, which is believed to be the first time blacks and whites danced together on a Broadway stage, is the connection Harburg (who was born Isidore Hochberg in 1896 and died in 1981) apparently felt existed between the Jews and the Irish. Some quality of the soul — something poised between the bitter and the sweet, the tragic and the comic, a blues interval, perhaps — joins the two groups, based on their histories.

“In America, they were both immigrants and discriminated-against immigrants,” Harburg said. “Both suffered heavy persecution —they were outsiders — and they did not enter into the melting pot for some time. Yip was always taken with Irish folk tales, Irish literature. In his library, he had many Irish novels, books of poetry.

“Burton Lane [the Jewish composer who wrote the music to “Finian’s Rainbow”] and Yip were on the same wavelength. The songs have a different feel to them; they’re not regular theater songs. There’s a wistfulness to them.”

In the play, the economic inequities of life in the pre-civil rights era South are put in sharp relief when a corrupt and racist senator representing the mythical place called Missitucky conspires to sell land out from under a poor and racially integrated collective of farmers. (A rigged economy, anyone?) Even the romantic lead, a labor organizer who rallies the farmers, is named Woody, Harburg noted, after the iconic folk singer Woody Guthrie.

“Yip believed people should be sharing [the wealth in society],” Harburg said. “He thought it was OK for some people to have a little more … that divide has just gotten worse. But he found a satiric way to give the senator a taste of his own medicine — by turning him black.”

Ernie Harburg said it was his father’s notion of humor and laughter that spoke most vividly and established the tie between the Irish and the Jews. He pointed to the musical’s last scene, in which the Irishman, who had bailed out the collective with the last of his money, was now out of wishes for the pot of gold he had brought with him from Ireland. Despondent, he sits down and hangs his head. “The whole scheme has blown up,” Harburg said. “What’s he going to do?

“All of sudden, he springs up, a twinkle in his eye. ‘It’s hopeless,’ the Irishman says, ‘but it’s not serious.’

“That’s the key to the whole thing — as long as there’s humor, the basic achievement of humans — that you laugh to get your strength back. That was the Irish thing that Yip was drawn to, the universal strength that gives hope even in those seemingly hopeless moments.”

Asked if that was also a Jewish trait, Ernie Harburg laughed. “For God’s sake, yes, that’s where it all came from. The Jewish thing was handed to Yip as a means of survival.”