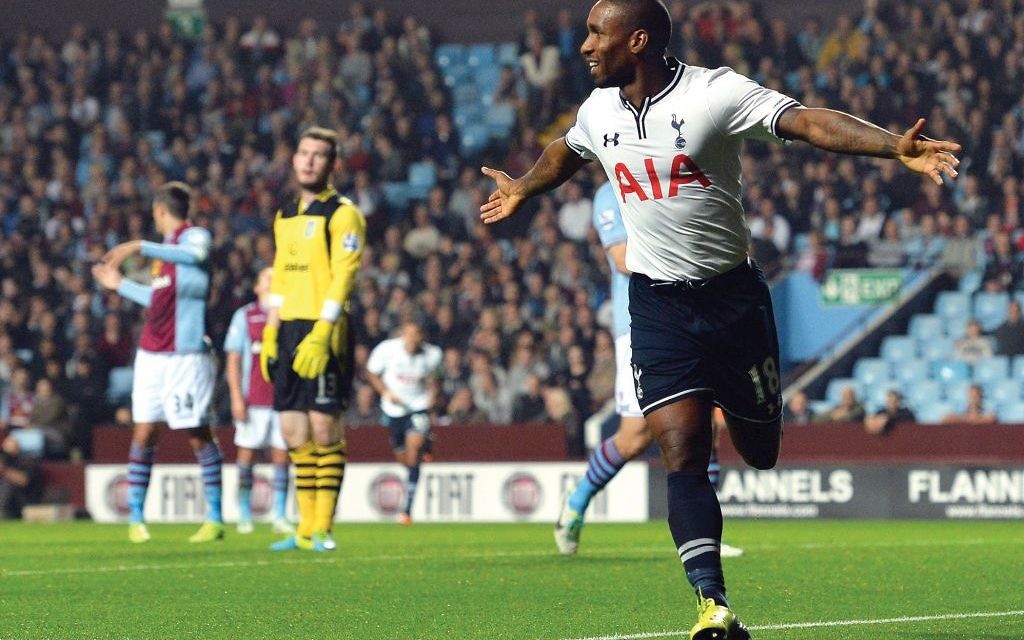 Here, it’s the Redskins. Across the pond, it’s the Yids.

But over there, the provocative moniker under national discussion — which has reached the highest levels of government — is not the team’s official name, but its nickname: North London’s Tottenham Hotspurs are called the “Yids” by fan and foe alike.

“You’ve got Native Americans campaigning against what they see as an appropriation of their culture that is insulting to them,” said Jonathan Wilson, a Jewish and British-born writer who describes his lifelong love of the Spurs in a recently published memoir, “Kick and Run.” “And you’ve got part of the Jewish community complaining about the ‘Yid’ chant.’”

Another London team, Arsenal, probably has more Jewish fans, but Brits have long associated the Spurs with Jews, Wilson said. For decades, the neighborhood near their stadium, White Hart Lane, has had a substantial Jewish population; today, it’s haredi. The biggest current investor, Joe Lewis, is Jewish, as is the chairman, Daniel Levy, and a past chairman, Alan Sugar.

A stadium’s proximity to a historically Jewish neighborhood has also caused a Dutch team, Ajax, to take on a similar nickname: de Joden, Wilson noted.

The first to apply “Yids” to the Spurs were opposing fans hurling the word as an epithet, said Stephen Pollard, editor of the Jewish Chronicle, the U.K.’s oldest and largest Jewish newspaper, and a Spurs season ticketholder.

“It emanates from the fact that Tottenham is known for various reasons for being a Jewish team,” Pollard said. “People would yell ‘Yids’ at Tottenham, so they turned it around and used it as a badge of honor.”

The Redskins took on their current name in the 1930s, and protests against it date back to at least 1992, when Native American critics of it organized a rally at that year’s Super Bowl match between the Redskins and the Buffalo Bills, according to a New York Times article published on Jan. 21 of that year.

Neither the Spurs nor the Redskins responded to requests for comment, although the Redskins issued an open letter from team owner Dan Snyder defending the name. The Spurs reached out to fans via an e-mailed survey about their nickname, said Richard Goldstein, an author, teacher and director of operations at the Institute for Jewish Policy Research in London.

Both debates have flared up in the past year; in the U.K. because an advocacy group called the Society of Black Lawyers spoke out against the use of “Yids,” Goldstein said. Stateside, D.C. Mayor Vincent Gray told reporters last January that the team would have to change its name should it want to move its stadium back into the district from Maryland, according to a Pew Research Center paper about the controversy.

The result: much ink spilled, and much opining by pundits, fans and even the heads of state of both countries. Seventy-six news outlets or journalists have criticized the Redskins name or moved to ban it, Pew says. President Barack Obama said the franchise should consider changing its name if it offends Native Americans.

But across the water, Prime Minister David Cameron said intention matters, and since the Spurs fans are not anti-Semitic, the name is not hate speech.

In the U.K., that distinction is important, because hate speech is a crime. Indeed, the Society of Black Lawyers want police to arrest anyone who chants “Yid” or something similar, and in September the English Football Association warned that Spurs spectators could face prosecution for doing so. Two major Jewish communal institutions – the Board of Deputies and the Community Security Trust – backed the FA’s statement, according to the Chronicle.

The FA’s stance struck the Chronicle’s Pollard as “utterly ridiculous,” and he has embraced the Spur’s nickname within the Chronicle’s pages. He says it’s a reclamation of a slur and a sign of British-Jewish belonging and says it offends only a small minority. Indeed, hipster Jews have tried to similarly co-opt the word “Heeb:” witness the snarky online magazine of the same name.

“When it’s chanted, it’s chanted as a term of endearment,” Pollard told The Jewish Week. “It’s very obvious if you’re standing outside a synagogue and a skinhead Nazi yells ‘Yid’ at you, it’s clearly meant as hate speech. If you’re with 5,000 other Jews, all of whom are chanting the word ‘Yid,’ it’s not meant in any way as hate nor is it received by other people as hate.”

The nickname surprised Wilson when he first heard it, but it doesn’t bother him, he said.

Some British Jews, however, are strongly opposed to the nickname.

Goldstein, of the Institute for Jewish Policy Research, says both the Spurs’ nickname and the Redskins’ name offend and should therefore be changed. What’s more, even if Spurs fans are well-meaning, opposing fans who name-check Auschwitz in their chants and make hissing sounds meant to evoke gas ovens, aren’t.

“‘Yid’ is a race hate word. It’s the Jewish equivalent of the ‘N-word,’” said Goldstein, also a Spurs fan. “A non-Jewish person can’t tell me what to feel. If you’re not part of the community that is offended by this, I’m sorry, but you don’t get a say.”

The discussion of “Yids” comes as the Jewish perception intensifies that European anti-Semitism is on the rise. Last week, the Institute for Jewish Policy Research released a survey of almost 6,000 self-identified Jews in eight countries, commissioned by the European Union, which found that three-quarters of the respondents believe that anti-Semitism has become worse over the past five years.

Close to a quarter said they had experienced an anti-Semitic verbal threat or harassment in the last year.

In the U.S., it’s hard to find a Jewish organization or person who will defend the Redskins’ name, said Rabbi Ken Cohen of Bethesda, Md., who has held pulpits and now works as the founder of the Vine and Fig Project, an interfaith education initiative.

Both the Anti-Defamation League and the Reform movement’s Religious Action Center have issued statements asking Snyder to change the name: “We believe the time has come for responsible sports enterprises to seriously consider moving away from the use of hurtful and offensive names, mascots and logos,” ADL National Director Abraham Foxman said in a statement.

On the other end of the political spectrum from the RAC, the Jewish and conservative columnist Charles Krauthammer came to the same conclusion in the Washington Post.

“I think they’re going to have to give in,” said Rabbi Cohen. “Sportscasters are not using the name. This debate never went away. Was there a time when it was less offensive? Sure, but it was always offensive.”