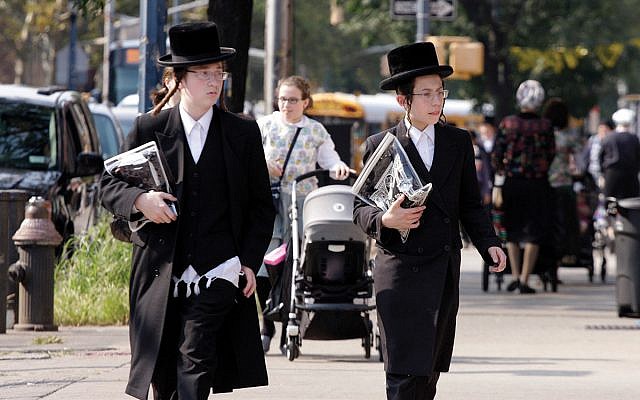 A New York State Supreme Court judge struck down regulations announced by the state’s education commissioner, which would have ordered regular evaluations of the secular instruction at nonpublic schools.

Judge Christina Ryba in an April 17 decision said that the Education Department did not follow proper procedure under the State Administrative Procedure Act when enacting the guidelines.

The decision was a response to several lawsuits brought by Jewish, Catholic and independent organizations.

The guidelines had set a schedule and process for evaluating private-school academic instruction. The judge determined that the new guidelines constituted a rule and not an interpretation, and thus did not follow the correct procedure to enact new guidelines.

In early March, 11 elite private schools filed a lawsuit to stop the state from enforcing its revised guidelines. These guidelines are designed to make sure that nonpublic schools are meeting the legal requirement to provide an education that’s “substantially equivalent” to public schools. A consortium of yeshivas and Catholic schools filed two similar lawsuits which claim religious freedom from oversight.

The yeshiva lawsuit was brought by the Orthodox curriculum independence advocacy organization Parents for Educational and Religious Liberty in Schools (PEARLS), the Orthodox umbrella organizations Agudath Israel of America and Torah Umesorah, and five prominent yeshivas and a group of parents. The suit claimed that the commissioner of education had not followed the state-mandated procedure for promulgating a new rule or regulation, thereby depriving any opportunity for formal input in the process. The judge agreed, making the guidelines null and void.

Marc Stern, general counsel for the global Jewish advocacy organization AJC and an expert in First Amendment law, said the decision was a win for yeshivas, but a narrow one.

“It’s a victory in the sense that it clearly pushes off” the mandatory evaluations. But, he said, “It’s been decided that the state education department took a shortcut,” and it doesn’t get to the constitutional question of who has the power to determine school curriculum.

“It’s not a holding that the state legislature couldn’t … more substantially regulate the private schools than they are now,” he told The Jewish Week. There’s also nothing to stop the New York State Department of Education (NYSDOE) from going through the full process of public hearings and review to make the mandates specified in the guidelines official regulations.

Rabbi Chaim Dovid Zwiebel, executive vice president of Agudath Israel, said in a statement that enforcement of the guidelines “would have wreaked havoc in many if not most yeshivas in New York. There is nothing more important to the yeshiva community than the independence of our educational institutions. Today’s ruling preserves that independence, retaining the parental right to make educational choices for their children, by the educators they have entrusted their children to, rather than government bureaucrats.”

PEARLS attorney Avi Schick released a statement saying that parents, not the state, should be in charge of their children’s education.

“The tens of thousands of parents who choose to send their children to yeshivas are proud of the more than 100 years of quality education and countless successful graduates they have produced. Our schools look forward to continuing that record of accomplishment.”

But Naftuli Moster, founder and executive director of Young Advocates for Fair Education (YAFFED), a group whose members were educated in New York yeshivas, told The Jewish Week that the decision does not affect the mandate for school districts to investigate nonpublic schools that have been formally complained about since that rule preexisted the new guidelines.

Still, it sends the wrong message, he said. “The Court’s decision to rule in favor of yeshivas is a tragedy for all children,” he said in a statement. He said the guidelines, which were put in place last fall, are “reasonable and essential, not an intrusive overreach of the government.”

“Removing the revised oversight signals to ultra-Orthodox yeshivas that they can continue business as usual and fail to provide basic instruction in math, English, science, history, civics and other subjects that are keys to a sound basic education. Elite private schools put their own annoyance about an occasional inspection over the future of chasidic children — and now thousands suffer,” he said in the statement.

Susan Lerner, executive director of Common Cause/NY, called the outcome “a Shonda” in the statement.

“Yeshivas have been taking public money while skirting state education standards to the detriment of their students for decades. As political leaders kowtow to rabbis across the city, thousands of [c]Hasidic children are caught in the middle without simple skills, like English and math. The New York State Education Department (NYSED) guidelines are minimal, and it’s a Shonda yeshivas are getting away scotch free,” she said.

NYSED released a statement saying, “We are reviewing the court’s decision and will determine the appropriate next steps.”