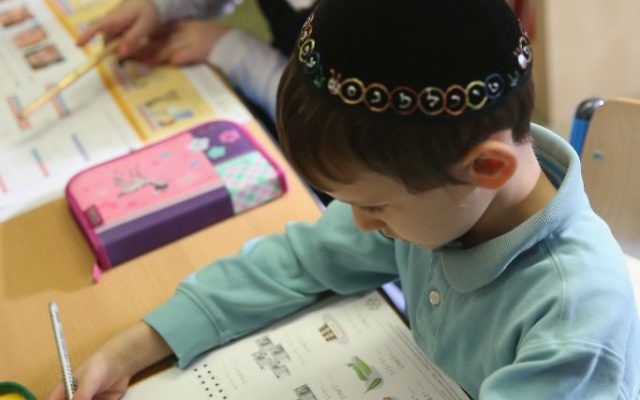 Illustrative photos of a student at a yeshiva. Getty Images

Over the last three-plus years, a small band of former yeshiva students and supporters have waged what has seemed like a quixotic battle, not just against City Hall but also against leading charedi rabbis who wield a lot of political power. The students allege that they graduated from Brooklyn yeshivas knowing next to nothing about secular subjects like history and science, and that the education they received was substandard, and in fact unlawful.

The original allegations led to a slow-unfolding Department of Education probe of 38 Brooklyn yeshivas and one in Queens to determine whether they were providing the kind of education that would prepare their students for life in the 21st century. (Leaders of the yeshivas have maintained that the secular education the students receive is adequate for their community.) Some of the yeshivas improved math and English instruction, according to the DOE. Fifteen of them never even let DOE officials in the door.

Now, that long fight is seeming a little less quixotic. For the first time, the New York State Department of Education has added some teeth to enforce its mandate that private schools provide a substantially equivalent education to that of public schools.

The guidelines released last week by New York Education Commissioner MaryEllen Elia stipulate that if private schools are judged non-compliant with state standards and fail to improve, they could lose state funding and even be shut down. 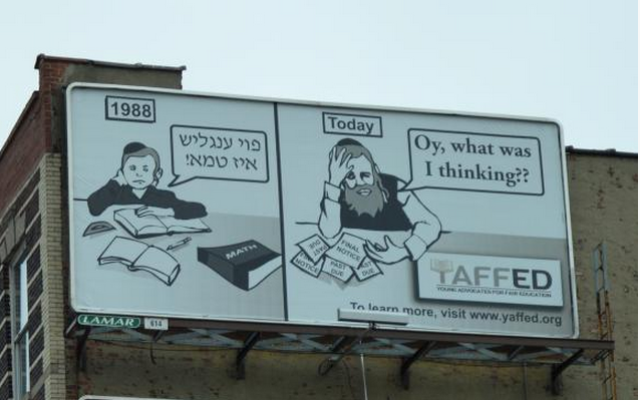 A billboard Yaffed put up in Williamsburg in 2016. Courtesy of Yaffed

The guidelines, which come two weeks after Democrats won control of the statehouse, were met with cautious optimism by both supporters and critics of charedi yeshivas. The New York Civil Liberties Union was less equivocal, coming out forcefully against the new rules as not going far enough.

The guidelines lay out a process for officials to ensure private schools are providing students with a substantially equivalent education. It specifies that local education officials will conduct the initial review and Elia’s office will give the final approval. (This last point is important for city charedi yeshivas, which have received, by most accounts, lackluster oversight by the city’s education department.)

Schools that don’t meet the standard will be given time and help to improve. If they don’t, they could lose state funding available to private schools for such expenses as textbooks, special education, school nurses and busing. If the school still fails to comply, parents would be told to send their kids elsewhere lest their children be “considered truant,” and finally, the school could be shut down.

Parents whose kids are deemed truant could be fined and/or sent to pr ison, according to the state education department.

Naftuli Moster, founder and executive director of Yaffed (Young Advocates for Fair Education), which fights for better secular education in charedi schools, praised “the commissioner and Board of Regents for making a serious attempt to clarify important mechanisms and the guidelines for subject content, length of [instructional] time and so forth for non-public schools” in a telephone interview Monday. “It seems like they made a serious attempt to ensure equality of education for all children to the best extent possible,” he added. “If these guidelines are implemented appropriately, then [they] will, in fact, improve the education for tens of thousands of Jewish children.” 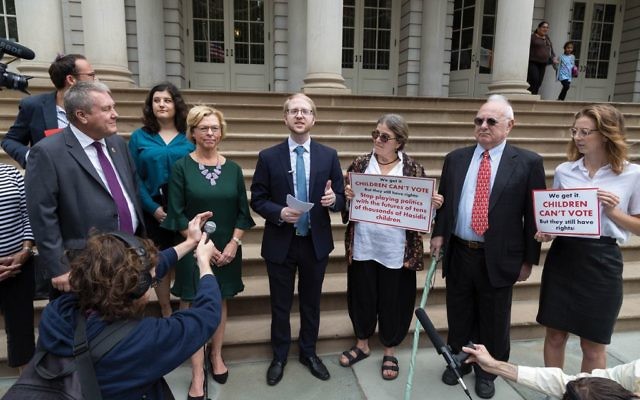 Naftuli Moster, center, a news conference in September on the investigation. Credit: StreetBeatTV

The yeshiva advocacy group Parents for Educational and Religious Liberty in School (Pearls) had a mixed response.

The statement said the guidelines “accomplish several important things,” including acknowledging that religious schools differ from public schools in curricula, mission, emphasis and instructional approaches”; in permitting schools to incorporate state-mandated coursework into existing yeshiva courses; by telling “local school districts to interpret course and instruction requirements with flexibility and inclusiveness”; and by “explicitly recogniz[ing] the constitutional rights of parents to choose [and guide] religious education for their children.”

But the statement criticized the guidelines for delegating oversight of nonpublic schools to local school districts, which could lead to local officials using them “as license to intrude into the fundamental working and mission of religious schools.” The statement also refuted the DOE’s claim that 15 schools failed to provide access, blaming it on “a sustained campaign of misinformation and harassment.”

The NYCLU praised the guidelines for mandating that local school officials evaluate private schools periodically, “even in the absence of complaints,” including requiring them to review teacher credentials and student achievement data, but it criticizes the guidelines for having too many loopholes. The rules don’t require site visits, teacher observations or interviews with teachers, students, or parents. Instead, yeshivas are only required to provide written materials including descriptions of curricula, sample teaching schedules and lesson plans, and lists of textbooks. 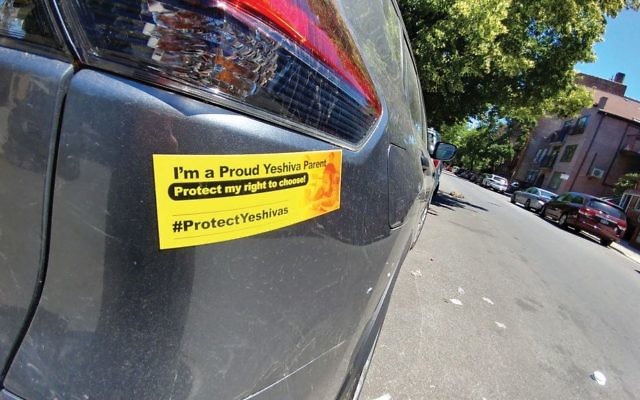 A PEARLS awareness campaign saw bumper stickers popping up on cars and businesses around Brooklyn. Courtesy of PEARLS

“For too long carve-outs and political expedience have left entire communities of school children without meaningful protection of this fundamental right,” said NYCLU Executive Director Donna Lieberman in the statement. “Though this new guidance includes some critical steps to bring those children the educational opportunities they are owed, it falls far short. The gaps make it too easy to game the system.”

Standards spelled out in the guidelines include that religious schools would have to give students three hours of instruction per week for each required subject with “competent” teachers. Middle school students, for example, would need to have three hours of class per week in English, math and science as well as “career” and “tech” education.

According to Yaffed as well as former students and teachers who spoke directly with The Jewish Week, most chasidic yeshivas provide secular education for only 90 minutes a day, four days a week, and only until the age of 13. In the upper grades the boys study Judaics full-time, graduating with math and English skills of roughly a third-grader, and with no science, history, geography, civics or other secular education at all. (Chasidic girls, who aren’t taught Talmud, get better secular educations.)

In July, Yaffed sued the state claiming that a last-minute budget amendment by Borough Park state Sen. Simcha Felder that passed in April created a “carve-out” for charedi schools that allows them to evaluate themselves, violating the Establishment Clause of the First Amendment, which, among other things, bars the government from favoring one religion over another.

Moster said that the new guidelines don’t address the Felder Amendment concerns and that “the lawsuit is still very much ongoing.”

Yaffed’s efforts prompted New York City’s Department of Education to launch an investigation in 2015 that has made little progress in the intervening three years.

In August, city Schools Chancellor Richard Carranza sent a letter to Elia acknowledging the delay and attributing it to a lack of access, noting that all the 15 school visits made so far had been pre-arranged and 15 other schools refused to let city officials in the door. The letter acknowledged that some yeshivas had improved their math and English curricula.

There are also reports that the city’s Department of Investigations has been looking into claims that Mayor Bill de Blasio has been interfering in the yeshiva investigations, a claim that was followed, two weeks ago, with the mayor firing the DOI’s commissioner, Mark G. Peters. De Blasio said the firing was due to an investigation that found that Peters had abused his power.

Asked whether the DOI’s probe on whether he interfered with the yeshiva investigation “has merit,” at a Nov. 16 press conference, the mayor declined to comment.

Previous coverage on the investigation here.