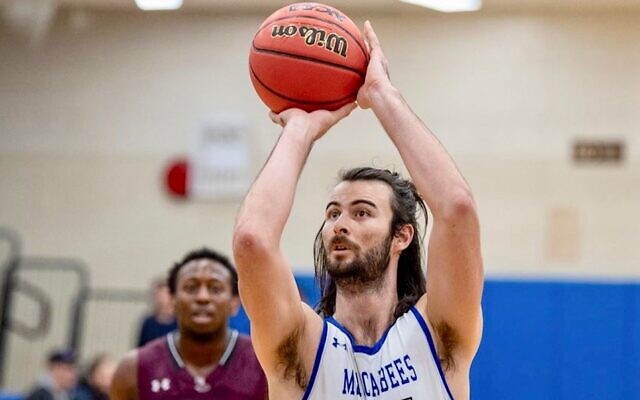 Good morning, New York! It’s the first day of winter, and it (sorta) feels like it. Warm up with our friends at My Jewish Learning, who are hosting a virtual tour of the Museum of the Southern Jewish Experience. Lizzi Meister, public programs manager at the museum, will show artifacts, exhibits and collections that focus on the unique and remarkable history of Southern Jews. Sign up here. 1:00 p.m. ET

And ICYMI, our Julia Gergely chatted with Dr. Ruth Westheimer and Tovah Feldshuh about “Becoming Dr. Ruth,” the one-woman show starring Feldshuh as the legendary sex therapist. Watch the video of this Jewish Week/Museum of Jewish Heritage event here.

MORE THAN A GAME: Jews in New York and beyond are paying increasing attention to Yeshiva University’s men’s basketball team, thanks to a record win streak and championship hopes. Ben Sales talks to members of the team’s growing fan base, and looks into how the season is uniting — and dividing — the student body. (New York Jewish Week via JTA)

REMEMBERING: Baruch A. Levine, an emeritus professor at NYU described as “one of the great Jewish Bible scholars of his generation,” died Dec. 16. He was 91. Levine played a central role in developing what became NYU’s Skirball Department of Hebrew and Judaic Studies. (New York Jewish Week via JTA)

‘DISHEARTENED AND DISMAYED’: Legal scholars from around the country signed onto a statement expressing  “deep concerns” after a student law journal at NYU called for an academic boycott of Israel and for a ban on student groups that support Israel. (The Algemeiner)

TRUMP AND US: Is Donald Trump an antisemite? David Remnick, editor of The New Yorker, weighs the evidence after an interview in which the former president criticized American Jews, The New York Times and former Prime Minister Benjamin Netanyahu in terms laced with what Remnick calls “traditional tropes about Jewish power, conspiracy, and disloyalty.” (The New Yorker)

Eighteen years ago, Susan Leitner received a kidney donation from her mother, Joyce Lenard, who at 67 was the New York-Presbyterian Hospital’s oldest living kidney donor at the time. Today, Susan — a long-time member of the Scarsdale Synagogue – is again in need of a kidney, and her family has launched a social media campaign to spread the word about her need for a living kidney donor and the more than 8,000 New Yorkers waiting on a kidney. Learn more about the Donor4Sue campaign here.

Join Rabbi Neal Borovitz of Stephen Wise Free Synagogue on Zoom for the last class in his three-part series on “sinat chinam,” or groundless hatred, a noxious force that has led to years of strife within the Jewish community, from the destruction of the Second Temple to the infighting between Jewish movements and cultures. Register here. 12:30 p.m.

In 1944, 982 refugees, many of whom were Jewish, arrived in Oswego, New York, where they were housed at Fort Ontario, the United States’ only refugee camp during the war. Join the Museum of Jewish Heritage for a program exploring life at Fort Ontario during World War II with Rebecca Erbelding, historian, archivist and curator at the United States Holocaust Memorial Museum, and a conversation with survivors who lived at Fort Ontario. Register here. 7:00 pm.