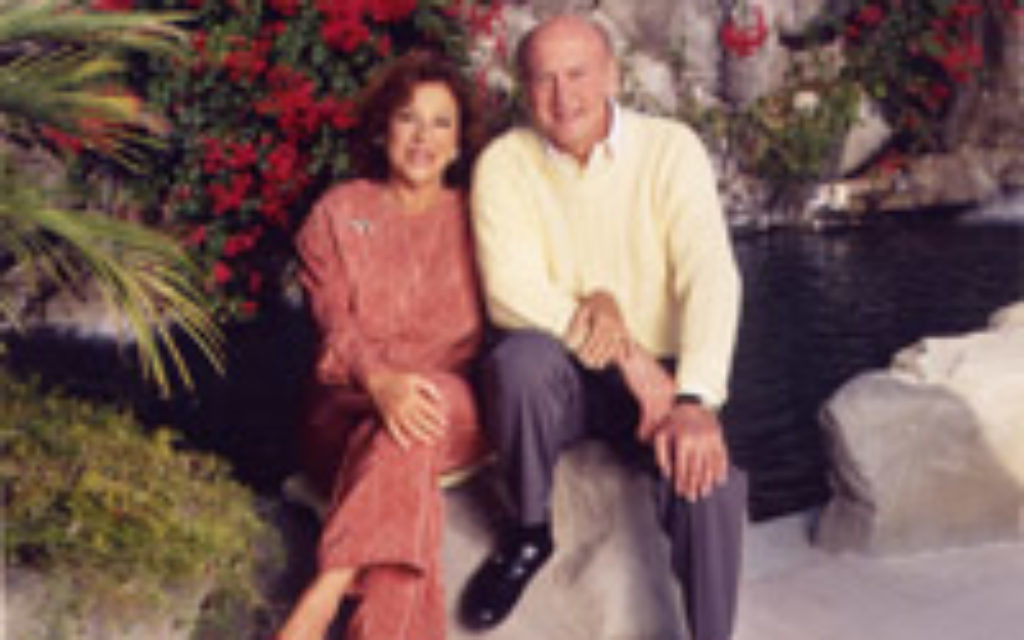 Mike Stoller doesn’t know how many songs he wrote with Jerry Leiber.

In the back of their joint autobiography, “Hound Dog,” written with David Ritz, there is a list of 77 of their songs that made the top 100 charts in either the United States or the United Kingdom, and that’s not counting multiple hit recordings of many titles.

Although he is a member of both the Rock and Roll and Songwriters halls of fame, Stoller is almost compulsively modest, which should make his March 6 appearance with his wife, musician Corky Hale Stoller, as the inaugural guests of the Museum at Eldridge Street’s new series “In Conversation” particularly interesting.

A list of Leiber-Stoller songs would include some of the smartest and best-remembered works of the second half of the 20th century. Crafted by a pair of superb miniaturists, songs like “Hound Dog,” “Jailhouse Rock,” “Stand By Me,” “Yakety Yak,” “Love Potion Number Nine,” and “Is That All There Is?” are a vivid reminder of what creative genius can do within the supposed limitations of the three-minute popular song.

Not that they saw it that way at the time.

Asked about the enduring success of their work, Stoller seems amused.

“When we were writing a lot of these songs we thought if they lasted three or four months in anybody’s mind it would be great,” he says. “We thought of them as comic books, something to be read and then discarded. It was nice to find out that they lasted.”

The duo hit their stride as part of what might be called the second generation of the Great American Songbook, the generation that drew heavily on African-American music to create what would eventually evolve into rock and roll. One of the shared interests that united Leiber and Stoller was a love of the blues and a desire to write music for the black performers they admired. Yet, like the songwriters who came out of the Broadway theater and its near neighbor Tin Pan Alley, a large percentage of them were Jewish, including Stoller and Leiber.

Asked about prevalence of Jews in the famous ‘50s music business mecca, the Brill Building, Stoller says, “I can name at least one guy from the Brill Building who wasn’t Jewish, Otis Blackwell,” the black songwriter responsible for such seminal hits as “All Shook Up” and “Great Balls of Fire.”

While he readily allows that there are many factors that led a disproportionate number of African-Americans and Jewish-Americans into the song business, Stoller thinks the explanation of their success is simple.

“This was one avenue of expression that we could participate in,” he says. “It was harder for Jews and blacks to get involved in law or medicine; there were quotas and restrictions. I guess there was no quota in songwriting. From its beginning American popular music has been dominated by Jewish and African-American people, going back to Irving Berlin and Scott Joplin.”

Unlike her bi-coastal husband, Corky Hale Stoller has logged time in the other America, the one that isn’t Jewish or black. She was born Merrilyn Hecht in Freeport, a small Illinois farm town, that had “maybe 10 Jewish families,” she recalls today. The family would drive 45 miles to the nearest synagogue every Shabbat.

“My grandfather was the first Jew in Arkansas,” she says. “He sent for his girlfriend, they got married and had 10 children. Each of the children set out and opened Hecht clothing stores. My dad picked Freeport.”

It was a prosperous and happy existence, one that allowed their daughter to pursue a musical career from early childhood without financial complications. By age 7, Corky (a nickname acquired in summer music camp for reasons she can’t recall) was taking classes at the Chicago Conservatory. When she became fascinated by her first glimpse of a harp while there, her father bought her one. Her precocious musical talents eventually led her to success as a pianist, harpist, flutist and even occasional vocalist, juggling her own passion for jazz against the session work that sustained her financially.

Perhaps the biggest hurdle she faced was the sheer incongruity of playing jazz harp. Except for Dorothy Ashby, who she admires but never met, Corky never met another true jazz harpist until she became friends with Carol Robbins, who was an Ashby protégé.

She managed to do very nicely for herself, despite the paucity of role models. She played with numerous dance bands, did session work with Frank Sinatra and Tony Bennett, and even worked briefly but memorably with Billie Holiday.

Lady Day was nearing the end of her tragically brief life when she was booked into the Desert Inn in Las Vegas where she would be sharing the bandstand with Jerry Gray’s orchestra. Corky was Gray’s pianist for the date and Holiday virtually adopted her. Eventually, she would ask the young pianist to do a tour of the Philippines with her.

“I couldn’t do it; I was scared to death of [Holiday’s] fourth husband,” she says. “He was violent, terrible. And I was just starting to get a lot of studio work.” The tour would never take place; Holiday died in 1959 at the age of 44.

Corky’s own story has a much happier ending. She has been married to Mike Stoller for 41 years while continuing to pursue her own musical interests. Add to her varied musical interests a lifelong political activism that encompasses a significant involvement with Planned Parenthood and the Southern Poverty Law Center, excursions into restaurant ownership and theatrical producing, and it’s a wonder she could find an evening to appear on Eldridge Street.

Although Jerry Leiber died late last year, Mike Stoller continues writing songs, most recently for a Holocaust-themed show, “The People in the Picture,” for which he collaborated with Iris Rainer Dart, author of “Beaches.”

“I enjoy more than ever having a lyric to write the music to,” he says. “I still write melodies without lyrics, but I prefer the challenge of taking a lyric and setting it to music.”

And he’s not likely to start counting them now.

Mike Stoller and Corky Hale Stoller will be the inaugural guests for “In Conversation” a speaker series at the Museum at Eldridge Street (12 Eldridge St.) on Tuesday, March 6 at 7 p.m. For information, phone 212-219-0888 or go to http://www.eldridgestreet.org.