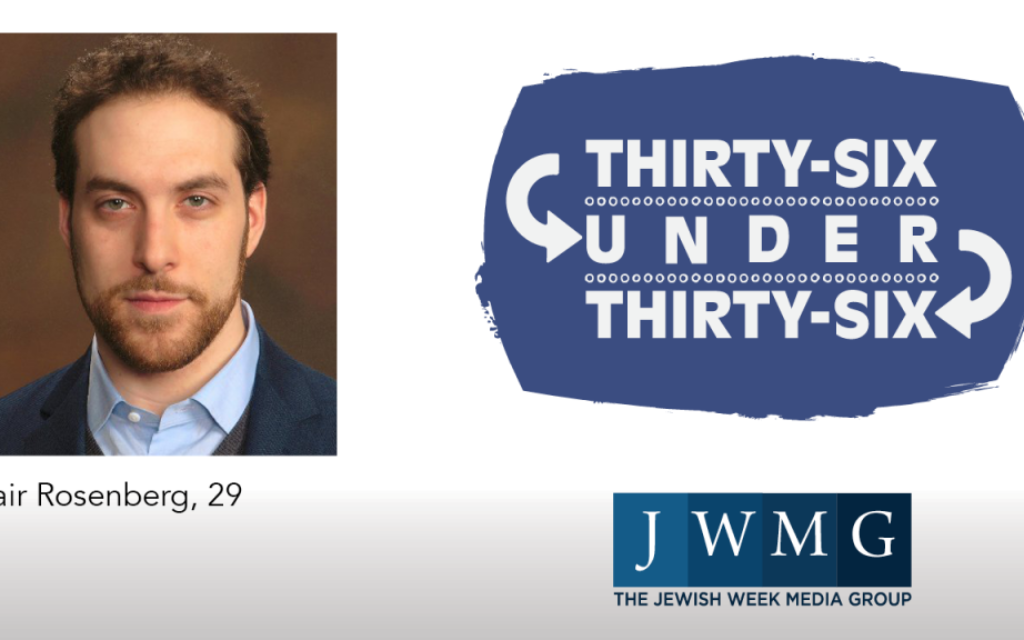 When Yair Rosenberg, senior writer at Tablet magazine, found out that he was the second most harassed Jewish journalist online, according to a 2016 Anti-Defamation League report, he was “happy but disappointed.”

But while the Riverdale native’s keen sense of humor has helped him navigate threats and slurs on his social media feeds, it is a dedication to nuanced, sophisticated reporting that propels him forward. Rosenberg reports on anti-Semitism around the world, and was doing so far before the controversial 2016 presidential campaign and its aftermath brought these issues to the fore.

“Writing about Jews and anti-Semitism in a sophisticated way, for a Jewish and non-Jewish audience, is a long-running project for me,” he said.

Rosenberg views social media as a “modern tool to raise awareness about these issues.” On Twitter, he has a legion of nearly 50,000 followers. Last December, Rosenberg partnered with a programmer in San Francisco to create an automated Twitter account called “Imposter Buster” tasked with detecting fake Twitter accounts created to impersonate and defame Jews and other minorities.

“These tools are universal,” said Rosenberg, who has shared his techniques with Muslim leaders so they can fight Islamophobia online.

A Harvard graduate with a degree in Jewish studies and history, Rosenberg decided to pursue journalism in order to “cover things not covered as well as they should be.”

“The reporting on religion I was reading lacked nuance,” he said. “Rather than complaining about it, I decided to start covering religion myself.”

In his work as a journalist, Rosenberg is fastidious about representing his subjects fairly. The role of a journalist, he believes, is to precisely and sympathetically explain different types of people to one another. He does not shy away from complex subject matter, including the Israeli-Palestinian conflict. “If I am able to explain different types of Jews to each other in a fair, balanced way,” he said, “I am doing my job well.”

Movie critic: While an undergraduate at Harvard, Rosenberg served as the film editor for the school paper, The Crimson. “I was the most prestigious amateur film critic,” he joked. Covering movies was a pleasant entry into the raucous world of journalism. “People were unlikely to get angry with me about my ‘Toy Story 3’ review,” he said.