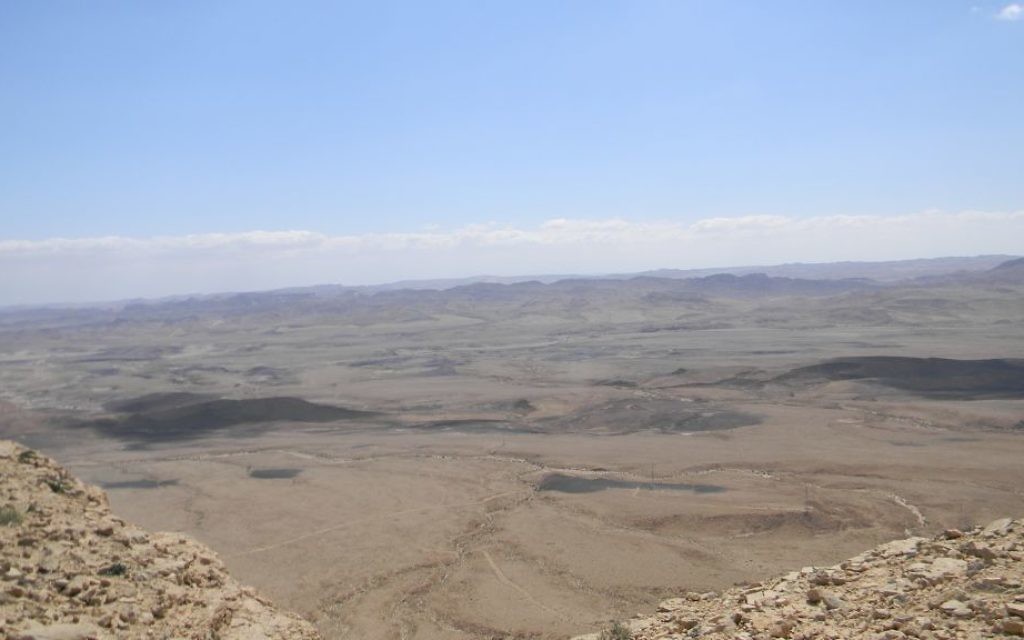 When it came time to observe my mother’s first yahrzeit last week, I was in Mitzpe Ramon in the Negev. A fitting place since my mother, Sondra, was an avid traveler and particularly enjoyed her many visits to Israel.

The itinerary for my trip was planned weeks in advance, and so I anticipated the need to find a minyan there, and was assured by the American Associates of Ben Gurion University, which hosted the junket, that it wouldn’t be a problem.

Sure enough, I was put in the able hands of our driver, David Shlomowitz, who is Orthodox and lives in Be’ersheva, and came up with several possibilities. For Maariv on Wednesday night, it was a vibrant Sephardic congregation not far from our hotel, where another person observing yahrzeit presented a hazkara, a kind of kiddush between mincha and maariv in which participants recite brachot over the food items in memory of the deceased.

But I struggled with the Sephardic traditions, unsure whether to use their pronunciation of Hebrew words to better blend in (yitkadal v’yitkadash) or daven as I was comfortable (yiskadal v’yiskadash). Also, I never quite knew when the next kaddish was coming, having davened overwhelmingly in Ashkenazic congregations during the year.

On the way out David, a truly ehrliche Yid, said to me “I see you are breaking your teeth,” and said he would take me the next day to the local Chabad house, where I would feel more comfortable.

Another advantage of this was that the minyan was called for the rather late 8:30 a.m., as opposed to the 6:30 Sephardic shul – early, but not too early. On the last day of our five-day Ben Gurion mission, the morning schedule was lax, allowing some R&R time at the beautiful Beresheet Hotel overlooking the enormous Machtesh, or canyon. With any luck I could be back at the hotel early enough for a bike ride around the canyon in time for our noon departure.

It turned out that 8:30 was a bit on the late side for working folks, especially on a day with Torah reading, and so there were only four people on hand when we arrived. Only two more people trickled in in the next half hour. I soon resigned myself to having made my best effort, knowing that my brother in America would have all three minyans covered, and was willing to give up, as David profusely apologized for not sticking with the Sephardic minyan.

Fortunately, Chabadnicks don’t give up easily, and neither do they settle for half a mitzvah when they can do a mitzvah and a half. The local shaliach, Rabbi Tzvi Slonim, called every Jew on his contact list until, some hour and 15 minutes after we arrived, we had our ten. I was then able to not only say kaddish, but recite kel maleh rahamim and be called for an aliyah in my mother’s memory.

It was a fitting conclusion to my year of aveilut, since it brought me in contact with so much kindness and compassion from among the mourners of Zion. During that time there was a lot of negative publicity about the Orthodox because of the misdeeds of a few people, but I can truly say that all I need to know about this community, I learned while saying Kaddish.

After davening, I did get to rent the bike and explore the Machtesh, although only for a too-brief hour. It reminded me of visiting the Grand Canyon with my family when I was 11. I know that my mother was with me now, as then.

When she became sick and had trouble moving, her family became her hands and feet. When she had trouble speaking we became her voice. Now that she has moved on from this physical world, her family has become her presence here on Earth.