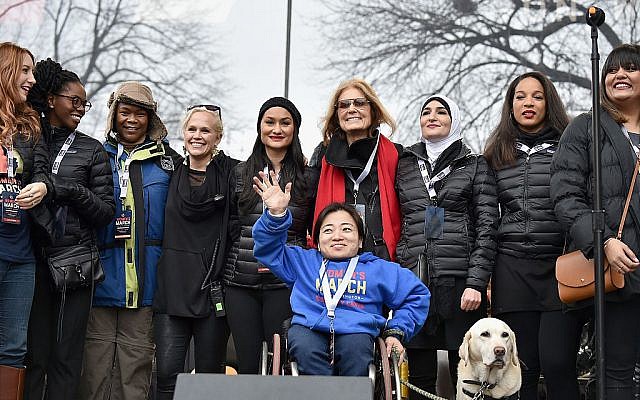 (JTA) — The Women’s March, which has come under fire in recent months for its leaders’ handling of anti-Semitism allegations, has named three Jewish women to its steering committee.

Stein, a formerly Hasidic transgender woman, has worked to raise awareness for transgender people as well as those leaving haredi Orthodox Judaism. Baskin is the former vice president of audacious hospitality for the Union for Reform Judaism and is a former president of the Jewish Multiracial Network. McCoy is the founder of Ayecha, a Jewish nonprofit that advocates for Jews of color.

Celebrities and activists have openly criticized march organizers’ actions in regard to the anti-Semitism concerns.

One of the organizers, Tamika Mallory, attended a speech by and praised Nation of Islam leader Louis Farrakhan, who has a long history of making anti-Jewish and homophobic statements. Though the organizers eventually disavowed Farrakhan’s anti-Semitism, many felt their response took too long and did not go far enough in denouncing him.

A number of organizations have dropped out as march sponsors, including the National Council of Jewish Women, Southern Poverty Law Center and EMILY’s List. Last week, the Stephen Wise Free Synagogue, a major reform congregation in New York, announced it was disassociating itself from Women’s March, Inc.