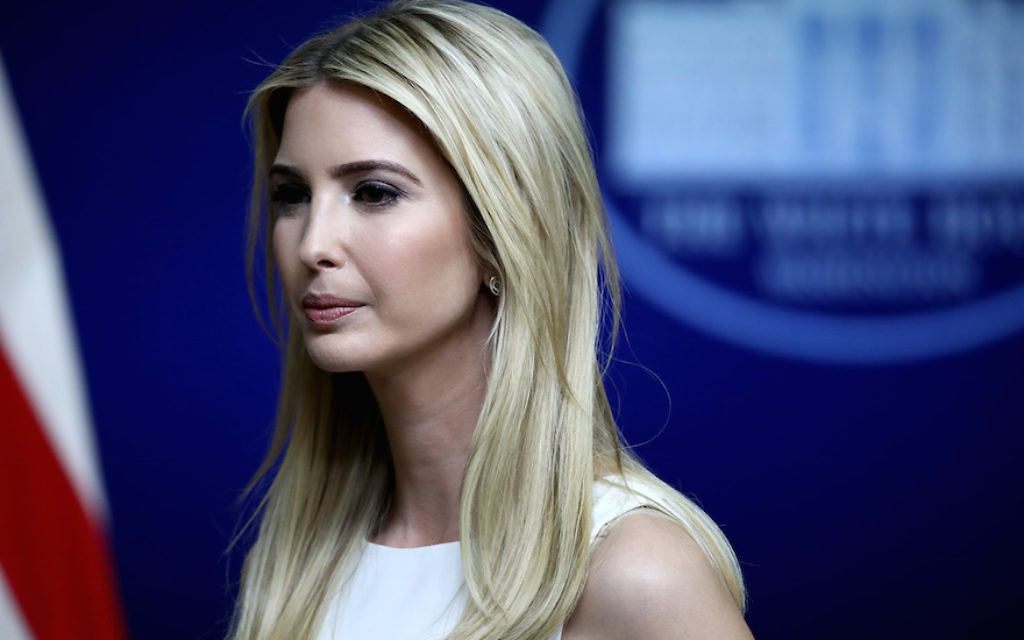 On May 10, just days before Mother’s Day, the heads of six major national Jewish women’s organizations representing a wide swath of Jewish life — some of whom have been sounding the alarm about a rollback of women’s rights in the Trump era — penned a letter to Ivanka Trump.

The letter, obtained by The Jewish Week, requests a meeting with the Jewish first daughter — whom many believe has a moderating influence on some of her father’s positions — to “share with you what our organizations care about and what Jewish women in America are talking about.”

While the letter does not mention any specific issues, it speaks of “Jewish values” — “ensuring that every human being … is treated with respect and dignity, and lives with compassion, loving kindness and justice” — in a way that would seem to connect with the president’s Orthodox daughter raising three children in the Jewish tradition. “We assume,” the letter concludes, that “you share these values” as they affect “women, children and families.”

As of Tuesday this week, the women’s organizations have not received a response. Should the meeting take place, one of the primary issues on the agenda will almost certainly be the sweeping revision of the government’s contraception coverage mandate. The revision, announced by the Trump administration last week, aims to limit the Affordable Care Act’s mandate requiring employers to include free contraception in their health care plans. 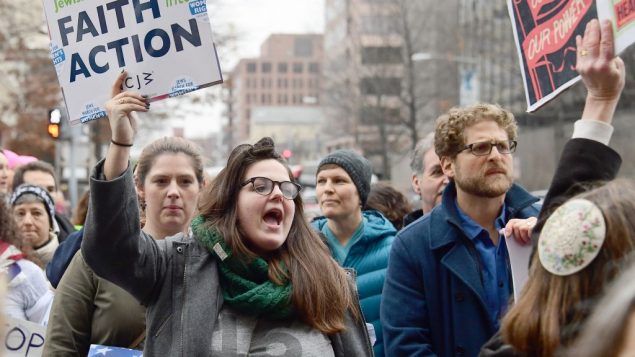 Though the 2014 Supreme Court decision in Burwell v. Hobby Lobby ruled that “closely held” private companies, including religious groups, could refuse to offer birth control coverage on moral grounds, the new regulation would expand the pool of exempted employers.

The move is being seen as yet another blow to women’s reproductive rights, as efforts on Capitol Hill to ban taxpayer-financed abortions and slash federal funding for Planned Parenthood persist. The recent nomination of conservative Justice Neil Gorsuch to the Supreme Court also raised concerns that the 1973 landmark case of Roe v. Wade could be under threat, as pro-life activists gain momentum on the state level.

For Jewish women’s groups, the rapidly shifting political terrain cuts to the core of their mission to protect women’s reproductive choice.

“It’s like being a firefighter — we’re working triple time to try and put out the fires,” said Nancy K. Kaufman, CEO of the National Council of Jewish Women (NCJW), a national volunteer organization that has championed women’s rights and reproductive freedom for over a century. Kaufman was the primary signatory on the letter to Ivanka Trump. “This is just one more thing, but it is serious.” 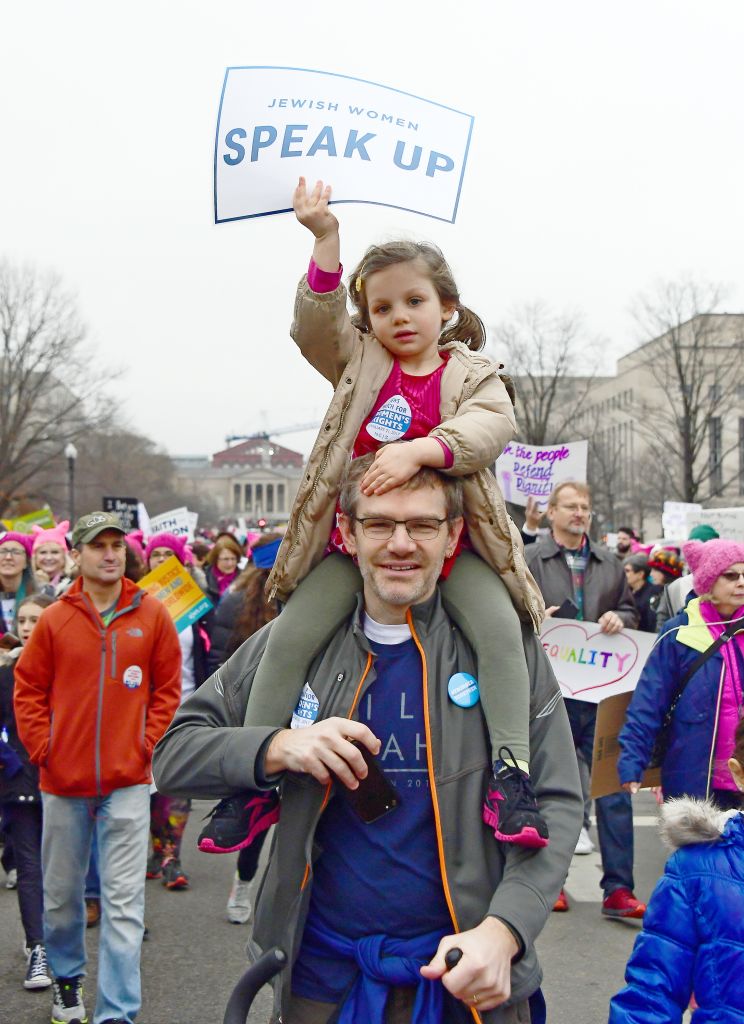 Jewish protesters at the Women’s March on Washington. Ron Sachs.

Though the new rule could go into effect immediately upon publication in the Federal Register, Kaufman said the NCJW is “focusing in like a laser beam on reproductive health, rights and justice and civic engagement leading up to the midterm elections. The only hope is to have some balance of powers and a Congress that is willing to question this.”

“Everything we care about is under assault.”

That entails training and community organizing in red states and organizing training sessions around the country, said Jody Rabhan, director of Washington Operations of NCJW. Just this week, the group partnered with JOIN for Justice, a national organization that trains and connects Jewish organizers and their communities, to launch a civic engagement campaign in Miami. Forty men and women, both Jewish and non-Jewish, turned out to learn about how to organize others to take action.

“We want to forge new relationships, so we’re ready to cast our ballots in 2018 and then in 2020,” said Rabhan. “Everything we care about is under assault.”

However, other voices in the Jewish community disagree, lauding the Trump administration’s plans to revise contraception coverage as an expansion of religious liberty.

“While Judaism has a different view with regard to use of contraceptives than the Catholic Church, what we share in common is the view that religious liberty should be as robustly defended as possible,” said Nathan J. Diament, the executive director for public policy of the Orthodox Union, the largest Orthodox umbrella group. “There are many ways that the government could ensure that women have access to contraceptives and other health services that do not entail infringing on the religious liberties of others,” he said, suggesting that the government reimburse pharmacies directly for filling contraceptive prescriptions.

But the OU’s position does not speak for the whole Orthodox community. Sharon Weiss-Greenberg, executive director of the Jewish Orthodox Feminist Alliance (JOFA), is staking out reproductive justice as an explicit priority. 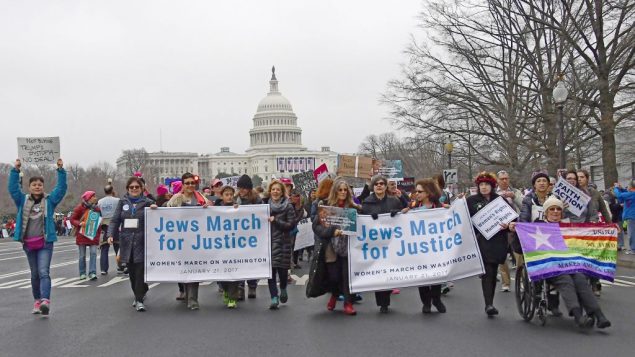 The latest plans to cut back contraception coverage for women is seen as a blow to reproductive justice. Ron Sachs.

“It is very important to recognize that Jewish law is supportive of a woman’s right to take care of her own mind and body,” said Weiss-Greenberg.

Responding in part to the new revision of the contraceptive mandate, JOFA launched a webinar series this week explaining contraceptive options and how birth control and Jewish law intersect. They also recently co-hosted an event with NCJW-NY on reproductive justice.

“When a community that is considered conservative in many ways strongly advocates for a woman and her partner’s right to plan their family, that is meaningful.”

“When a community that is considered conservative in many ways strongly advocates for a woman and her partner’s right to plan their family, that is meaningful,” said Greenberg.

Jonathan S. Tobin, opinion editor at JNS.org as well as a contributing writer at National Review, argued that the central issue is not “whether or not abortion and contraception are a good thing,” but rather about religious liberty.

“It’s not unreasonable for the government to build a fence around [freedom of religion],” said Tobin, who also writes a column for The Jewish Week. Drawing a parallel between the rabbinic tradition of creating fences around Jewish law. “It creates space for people to practice their faith. When our religious liberty is at stake, the same applies,” he said.

On the ground, the revision of the contraceptive mandate, if adopted, could strip the more than 55 million women who have birth control coverage without out-of-pocket costs, according to a study commissioned by the Obama administration. In the 34,000-word explanation of the intended policy change, the Trump administration downplayed the potential harm to women by arguing that women could obtain free contraceptives via other avenues, such as a family member’s health plan or “multiple other federal programs that provide free or subsidized contraceptives.”

Marc Stern, general counsel at AJC and a leading expert in First Amendment cases, said that “practical equality” in the workplace adds another point of view to the debate about religious liberty.

“Women need to be able to control their fertility to remain equally protected in the workplace,” said Stern. “The argument is that denying women access to affordable contraceptives denies women practical equality.

“It’s hard to see a justification for the government saying we’re not even going to try and provide contraceptive coverage,” he added, pointing out that there is clearly “no financial gain” because the cost of contraceptives pales in comparison the expense of unwanted pregnancies.

“It is regrettable that the administration has turned its back on the win-win solution provided by Hobby Lobby for a single-minded focus on religious liberty without attention to other concerns,” said Stern. “They have effectively re-ignited an argument that did not have to be re-ignited.”

Echoing Stern’s remarks, Lori Weinstein, CEO and executive director of Jewish Women International (JWI), which seeks to empower women by fighting sexual violence and domestic abuse, said she thought that this matter was resolved in 2014.

“Why are we revisiting things that were already fought for, deliberated and accommodated?”

“We thought Hobby Lobby closed the book,” said Weinstein. “Why are we revisiting things that were already fought for, deliberated and accommodated?”

The revision, she said is “offensive to women. Since when do employers get to add moral objectives to women’s healthcare? We don’t ask employers to weigh in on fertility decisions or end-of-life decisions — both are inextricably linked to health care.”

In response, JWI will double down on efforts to “encourage congressional and corporate leaders to stand up.” Public outcry is key, she said.

“Controlling your body … is about controlling your economic future, your autonomy,” Weinstein said. “It’s about owning your life. We’re never going to stop fighting for that.”