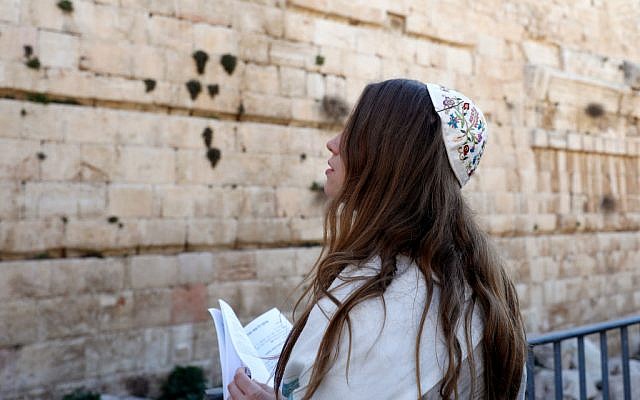 A member of the liberal Jewish religious movement "Women of the Wall" (WOW), wearing a kippa and "Tallit" traditional Jewish prayer shawls for men, prays during an event marking the organization's 30th anniversary and the start of the Jewish month (Rosh Chodesh) of Adar Bet, at the egalitarian prayer section (also known as Ezrat Israel) on the southern side of the Western Wall March 8, 2019. Getty Images

(JTA) — Protests by several thousand haredi Orthodox demonstrators turned into a melee as demonstrators spat on and shoved members of the egalitarian Women of the Wall group.

The protests Friday coincided with the 30th anniversary of the Women of the Wall group, who are seeking equal rights at the Western Wall for those who believe women and men should be allowed to worship according to their own customs and not those of the holy site’s Orthodox administrators.

In Orthodox Judaism, women and men pray separately, and some rites are performed exclusively by men. The Western Wall has a female-only plaza, a larger men-only plaza and, since 2000, a small egalitarian plaza where men and women can pray together.

About 6,000 haredi protesters had gathered at the men’s and women’s sections to protest the event held at the women’s section by 150 female activists of Women of the Wall, according to the Israel Broadcasting Corp., or Kan. 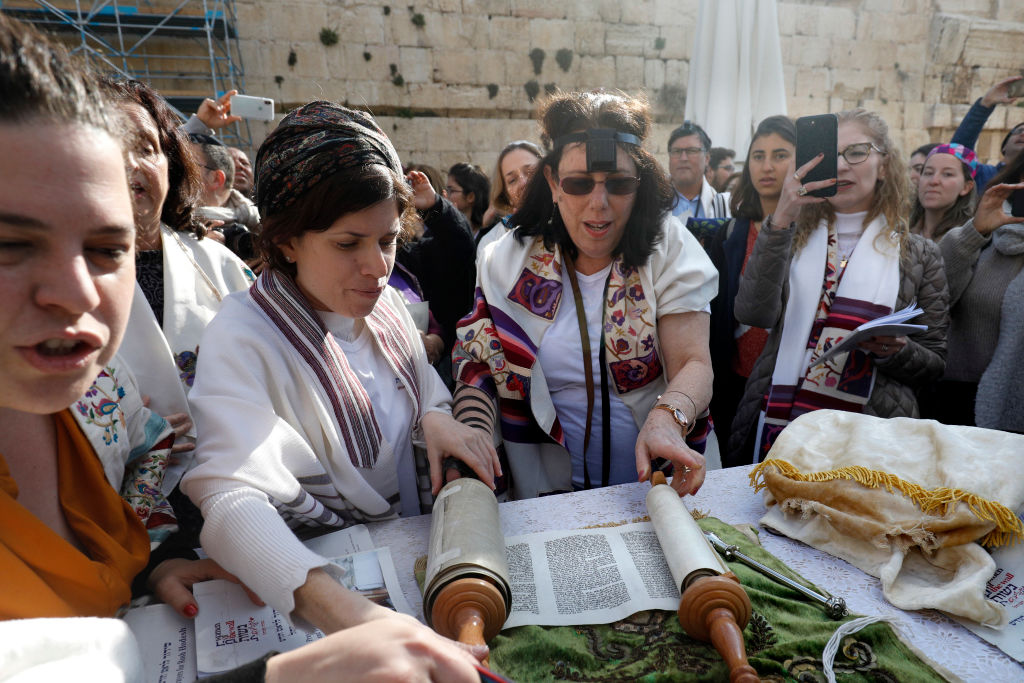 A member of the liberal Jewish religious movement “Women of the Wall” (WOW), wearing phylacteries and “Tallit” traditional Jewish prayer shawls for men, reads from a Torah scroll during an event marking the organization’s 30th anniversary and the start of the Jewish month (Rosh Hodesh) of Adar Bet, at the egalitarian prayer section (also known as Ezrat Israel) on the southern side of Judaism’s holiest prayer site of the Western Wall in the Old City of Jerusalem on March 8, 2019. Getty Images

Rabbi Noa Sattath, the director of the Israel Religious Action Center, the social justice arm of the Reform movement in Israel, was lightly injured in the scuffle.

The director general of the Masorti movement in Israem Yizhar Hess, was spat upon, according to Kan.