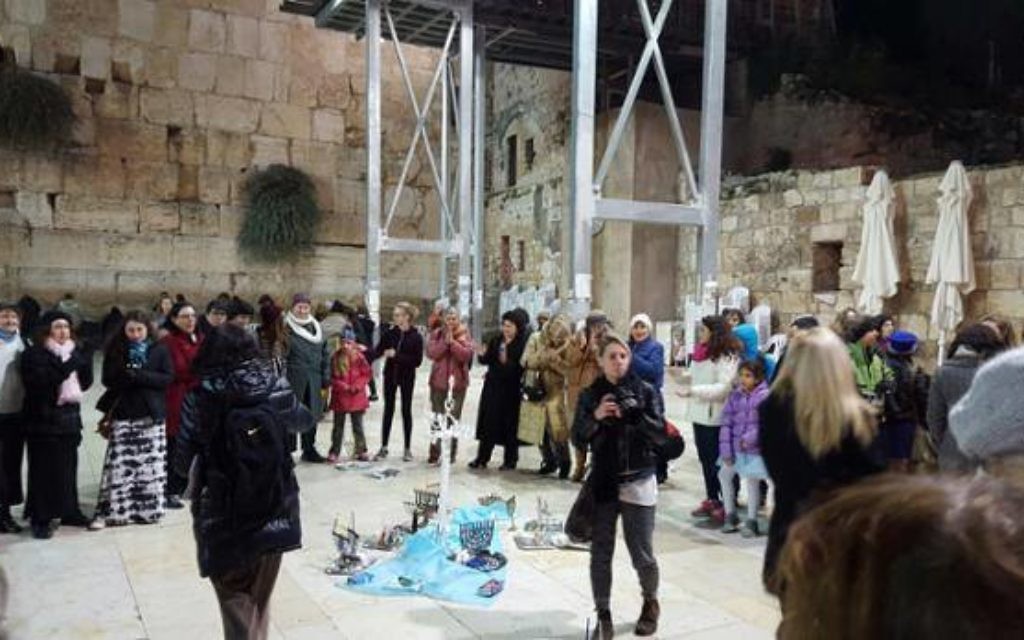 Jerusalem — About 100 women gathered at the Western Wall to light Hanukkah candles.

Security guards permitted 20 women to enter with their menorahs, but then attempted to ban and confiscate a large communal one being brought in by the Women of the Wall organization.

Knesset member Ksenia Svetlova of the Zionist Union party used her parliamentary immunity to bring the communal menorah in to the site on Sunday night, the first night of Hanukkah, the Women of the Wall said in a statement.

“Despite Rabbi Rabinowitz’s ridiculous regulations and despite the police’s shameful attempts to keep us out, we entered and held a candle-lighting ceremony where women were full participants,” Svetlova said in the statement, referring to Rabbi Shmuel Rabinowitz, administrator of the Western Wall and Holy Places. “The Western Wall belongs to the entire Jewish people, women and men alike, and the time has come for real equality — at the Kotel, in the Rabbinate and beyond.”

Last week, the Attorney General’s Office in Israel ordered Rabinowitz to include women in the annual national candle-lighting ceremony for Hanukkah in response to a campaign by Women of the Wall claiming that the state-sponsored exclusion of women from the Western Wall ceremony is discrimination and thus violates government regulations.

The national candle-lighting ceremony was held Sunday night in the men’s section of the Western Wall plaza, where the first candle was lit by Prime Minister Benjamin Netanyahu. A second ceremony was set to be held in an area further away from the Wall with several female government officials, including Knesset members Gila Gamliel and Miri Regev, despite Women of the Wall’s plea for woman lawmakers not to attend.

Women of the Wall in a statement called it a “second-class Hanukkah candle-lighting ceremony.”