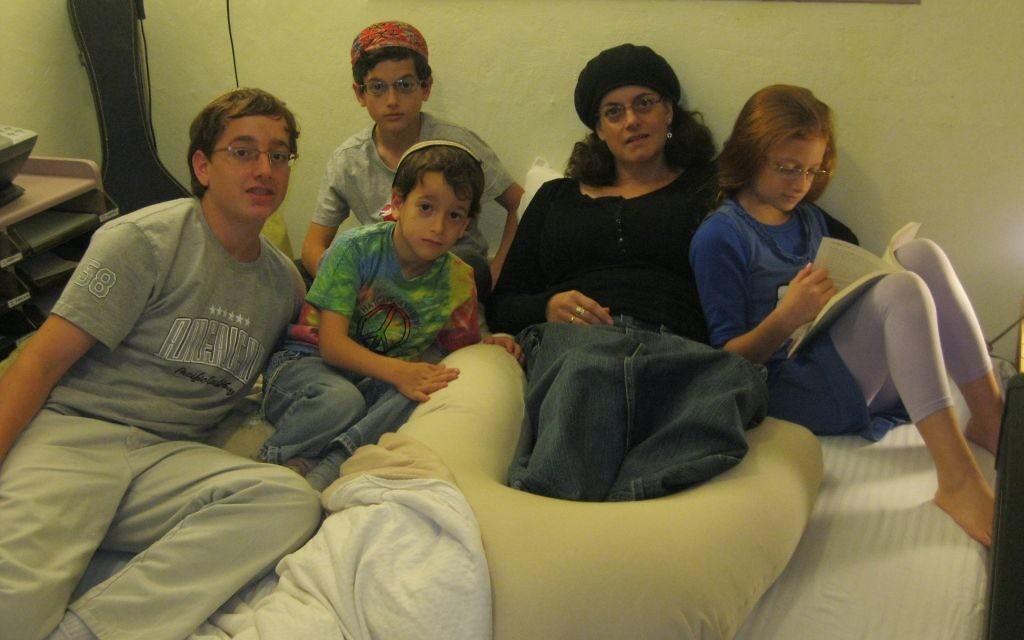 In the past, every time Israel fought a war, we Jerusalemites took comfort in the belief that no Arab leader in his right mind would risk hitting Al Aqsa mosque with a rocket.

That’s how we interpreted the fact that Saddam Hussein, who pummeled Tel Aviv with Scud missiles during the 1991 Gulf War, seemed to deliberately steer clear of the Holy City.

How naïve we were.

Friday’s rocket attack near Jerusalem — Hamas said it was aimed at the Knesset — was a great big kick in the gut.

At first a lot of people thought it was the monotone siren that sounds every week to tell us that Shabbat has started. But Shabbat had already started and this siren was undulating, just like the ones in Beersheva and Sderot, when they receive the “Red Alert” of incoming rocket fire.

Having experienced just such an alarm the day before, on a visit to the southern coastal city of Ashkelon, I told my husband and the kids — none too calmly — to run out of our top-floor apartment and to stand in the stairwell (like most Israelis, we don’t have a reinforced room in our apartment).

For a second I thought of the top-floor apartment in Kiryat Malachi where a rocket had killed a pregnant mother; and of the droplets of blood, from the injured bodies of her husband and children, I’d seen on the stairwell.

“Down, fast!” I yelled, down the 50 interminable stairs, until we reached the entrance to our building where an ancient cement storage room — which the municipality insists is a bomb shelter but which lacks a steel door and other necessary adaptations — stands.

Our downstairs neighbor, who a month ago insisted the tenants clean out the room, urged us inside. We stood there, with some of the other neighbors, for what seemed like an eternity, until we heard a muffled BOOM.

“I’m scared,” one of my sons told me. “Everyone’s a little scared, it’s normal,” I told him. “But we’re safe and everything’s OK.”

Just a week earlier this son had proudly reported how a soldier from Home Front Command had taught his class how to act during an earthquake, a fire and a missile attack. The weeklong course, for all fifth Israelis graders, included how to put on a gas mask in case of a chemical weapons attack.

The rest of that night we and most other Jerusalemites were wired. Nervous, still a bit incredulous and maybe just a tad proud that we had lived through the kind of experience our compatriots in the south are forced to live through several times a day.

I woke up a couple of times that night thinking of the little red droplets in the hallway of the damaged building in Kiryat Malachi. I thought I heard sirens.

Two days after the Jerusalem-area attack I traveled to Beersheva, where more than 30 had sounded during the then five days of fighting.

I was in a taxi just outside the Central Bus Station when a siren began to wail. The driver urged me to stand near the car. I sought out the underground shelter (which conveniently adjoins the bathrooms) to wait it out.

Shifra, a beautiful redhead, relayed where the rocket whose siren had sent me to the shelter had landed.

“It’s crazy that my 9 ½-year-old daughter just got a call from a friend saying a missile landed next to her house,” Klein said with the somber realization that in Israel, childhood is a relative term.

“This kind of thing wasn’t part of my childhood,” she said.