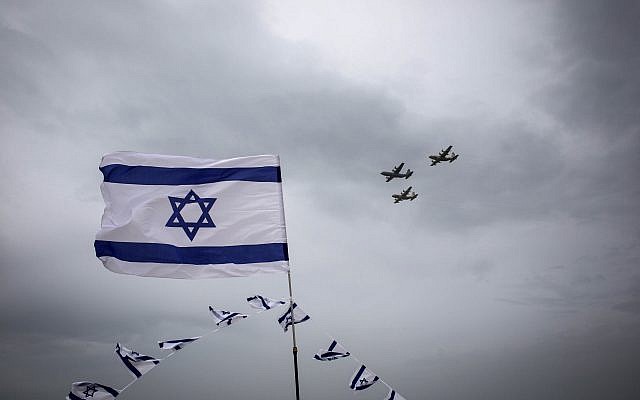 My first serious exposure to Zionist thought came when, as a college student, I was assigned to read Arthur Herzberg’s classic work “The Zionist Idea.” First published in 1959, the book is an anthology of essays by some of the great early Zionist thinkers, including Herzl, Jabotinsky, Ahad Ha-Am, A.D. Gordon, Y.L. Pinsker and others.

The philosophical and political orientations of the authors varied widely, but they shared one crucial commonality: They had come to the desperate realization that there was no secure future for Jews in Europe, either spiritually or physically. They despaired of the diaspora. The horrific pogrom in Kishiniev in 1903, along with unmistakable, overt manifestations of anti-Semitism across Europe, led to this unhappy conclusion. When Yehudah Leib Pinsker wrote his famous “Auto-Emancipation,” his message was clear. The only way Jews can be truly emancipated, he said, is if they emancipate themselves, and cease expecting the non-Jewish world to declare them free. Only in a sovereign Jewish homeland could that be accomplished.

When the State of Israel was founded in 1948, there emerged two separate and distinct categories of aliyah. One, continuing the classic proto-Zionist rationale, was for people who were escaping persecution, and looking for a place where they could live securely as Jews.

But there was another, different kind of aliyah, one of choice. These were people moving to Israel to join in the grand experiment in renewed Jewish sovereignty in our historic homeland. They were not running “from” anything. They were running “to” the fulfillment of their Zionism in what they saw as the only meaningful way — becoming citizens of the state.

Although life ultimately led us in a different direction, my wife and I were in that second category of potential “olim.” We both saw living in Israel as the rarest of historical opportunities. We weren’t running from America; we loved our lives here. But the call to Israel was uniquely compelling. 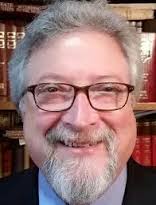 Fast forward to the 2016 campaign, when David Duke loudly proclaimed that then-candidate Donald Trump was a great choice for the presidency. When Trump himself, in response, pretended not to know exactly who David Duke was or what philosophy he represented, America formally entered a new and terrifying phase. Old hatreds were given new legitimacy. Ugly ultra-nationalist sentiments were given sanction at the highest levels of the executive branch. What happened in Charlottesville was not an accident. And when the president declared that there were “very fine people on both sides” of that horrific tragedy, it was clear that what was best about our beloved country was rotting from the inside, and from the top down. Moving the American embassy to Jerusalem did nothing to change that fact.

In recent months, it has also become increasingly clear that the more “progressive” wing of the Democratic Party is, at best, ambivalent about Israel, and America’s support for her. At worst, some of its newly elected members of Congress have resorted to stereotypical anti-Semitic tropes to decry the influence of AIPAC on American policy and imply that Jews who support Israel are guilty of divided loyalties. As one of those who could never contemplate voting to re-elect President Trump, I am increasingly concerned that the Democratic Party might nominate someone whom I might also be unable to vote for because of his/her stance on Israel. If I have no one to vote for, and no party within which I feel at home and comfortable, what is my place here?

To put it another way, for the first time in my adult life, I find myself contemplating whether the American Zionist idea might be morphing in front of our eyes from volitional nation-building to a quest for ultimate security.

I am a serious student of Jewish history. As such, I am obliged to testify that even our most successful and gratifying diaspora experiences have had shelf lives. Spain and Germany are the two examples that stand out. America has always been different. We were invited here as citizens, not as a tolerated minority. America has no state-sanctioned religion, which so often was the source of our grief in other failed experiences.

All of this is true about America. But in the current political climate, with ultra-nationalist forces gaining around the world and a resurgent anti-Semitism manifesting on both the right and left wings of our own political spectrum, what conclusions might we fairly draw?

I readily admit that I don’t know how to read these tea leaves. I am both loathe and disinclined to give up on my country. I am not packing my bags. If anything, we need to redouble our efforts to save America from its own worst instincts, both for her sake and for our own. But at the same time, I am asking myself these questions, and I think that all Jews who call America home should be asking them as well.

Rabbi Gerald C. Skolnik, who blogs regularly on our website, is the spiritual leader of the Forest Hills Jewish Center in Queens.