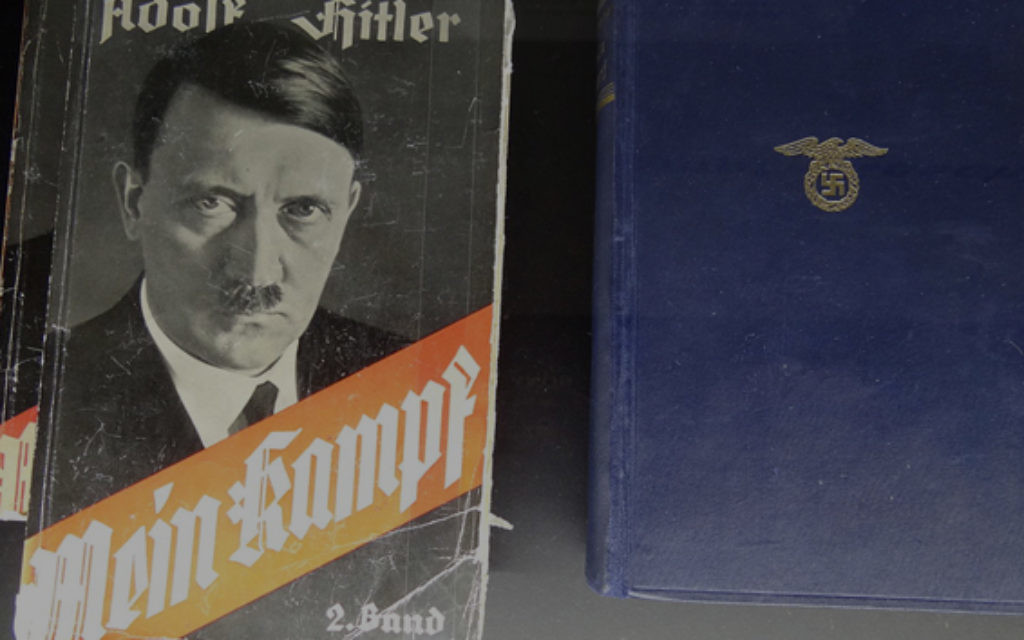 The copyright on Adolf Hitler’s “Mein Kampf” will expire at the end of this year, leaving the work open to French language and German reprint editions.

The French publisher Fayard announced in a statement that it will release an annotated French version. The Institute of Contemporary History in Munich will publish the German reprint. Both reissues will emphasize the historical importance of the document, the French news agency AFP reported.

“The publication of this book central to the history of the 20th century will be accompanied by a critical analysis established by a scientific committee of French and foreign historians,” Fayard said in the statement. The release date has not been announced.

The Bavarian state placed a copyright on “Mein Kampf” after the defeat of the Nazis in World War II and the book was banned in Germany, AFP reported. Although several English-language translations have since been made available, a French translation hasn’t been published since 1934. However, the Bavarian copyright will be void at the end of 2015, leaving the book open to reissue 70 years after Hitler’s death.

“Mein Kampf,” which means “my struggle” in German, was published originally in two volumes in Germany during 1925 and 1926. The semi-autobiographical work details Hitler’s ideology and militaristic ambitions. It outlined his desire to expand “lebensraum,” meaning German “living space,” as well as the dictator’s hatred of the Jewish people.

Hitler penned the book in prison, where he was serving time for his role in the Munich putsch of 1923. The work helped established his profile in Germany and ultimately aided his rise to power in 1933.