Hundreds of thousands of Israelis were flocking to beaches and parks, lighting grills, waving flags and craning their necks for a glimpse of Israel’s fighter jets to mark the country’s 71th Independence Day on Thursday.

After a night of fireworks, concerts, parties and an emotional crossover from Memorial Day to Independence Day, most Israelis were spending the day, a national holiday, celebrating the country’s birthday.

Speaking to the soldiers, Rivlin said that for Israelis, “everything that is a challenge becomes an opportunity for us.”

The IDF also opened its bases to the public, displaying jeeps, tanks and other equipment throughout the country. 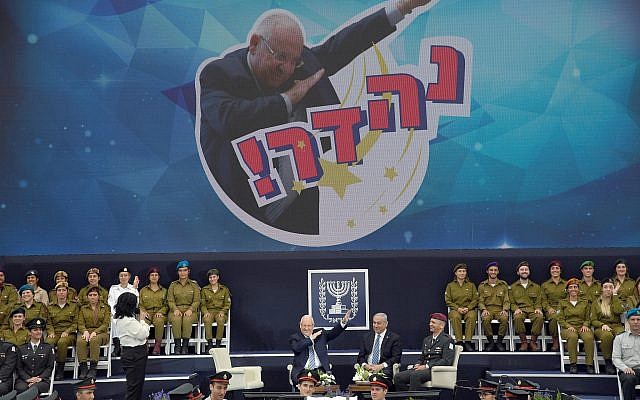 The juxtaposition of the two days is a key element of Israelis’ experience of national independence, ensuring that no commemoration completely excludes the achievement wrought by the sacrifice of the fallen and their families, and that the elation of independence is never far removed from an awareness of its cost.