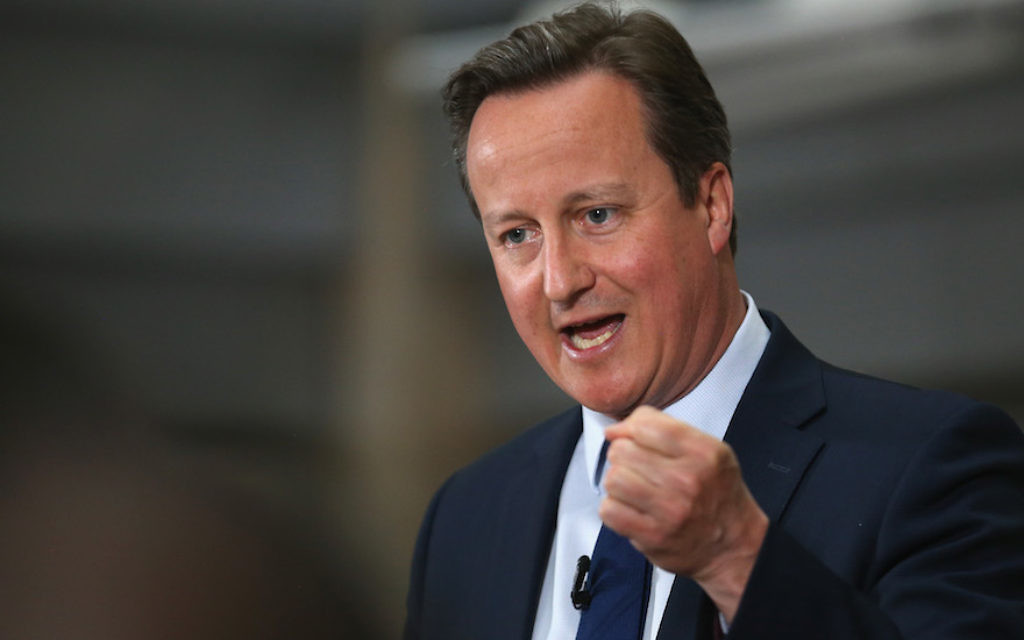 A majority of British voters said their country should leave the European Union, in a nonbonding referendum whose results prompted the resignation of British Prime Minister David Cameron and caused the British currency to crash.

Following the publication Friday of the results of Thursday’s vote, the British pound reached its lowest level since 1985 against the dollar, $1.35, as initial results showed a 52-percent majority for the British exit, or Brexit. Cameron made the announcement in a statement outside Downing Street.

He said he would attempt to “steady the ship” over the coming weeks and months. He had urged the country to vote Remain, warning of economic and security consequences of an exit.

The June 23 vote on whether to “Brexit” or “Bremain,” as British media dubbed the options, followed December’s vote in Parliament to put the decision to a referendum amid growing concern in Britain over immigration into the European Union, including by 1.8 million newcomers since 2014 from the war-torn Middle East, and over Brussels’ perceived infringement on British sovereignty. It is seen as potentially destabilising for the bloc.

The prime minister may ignore the referendum’s results or put the issue up to a vote in parliament, where a majority is thought to be in favor of remaining in the European Union. But doing would erode public support for the government, according to a The Guardian analysis.

Jeremy Corbyn, the head of Britain’s Labour party, is facing criticism within his party over his perceived failure to unite Labour voters behind his stated policy of remaining in the European Union, the Financial Times reported. Corbyn in the past opposed British EU membership.

The results of the vote were compatible also with a near-equal split within the British Jewish community, where the leave camp had only a very slight majority according to a Jewish Chronicle survey from last month. The vote’s results prompted animated reactions in both camps.

David Hirsch, a prominent lecturer in sociology at the University of London, called the result a “huge boost to all racist and ethnic nationalist parties across Europe.” Hirsch, who is a Jewish and a dovish supporter of Israel, added on Facebook that “EU collapse is a real risk. There will be people in each state urging that the walls go up quickly against refugees and migrants.” He also called on the “English government to guarantee the status of EU citizens” in Britain.

But Daniel Hannan, a British Jewish European Parliament lawmaker for the Conservative Party and a Brexit supporter, celebrated the result.

“I feel so proud to be British this morning. The hectoring, the bullying, the scare-stories failed to dent our resolve,” he wrote on Twitter, adding the result was an “Independence Day.” Britain’s partners in the European Union “should know that we will remain engaged,” Hannan wrote. “Taking back control of our laws doesn’t mean walking away from our allies.”