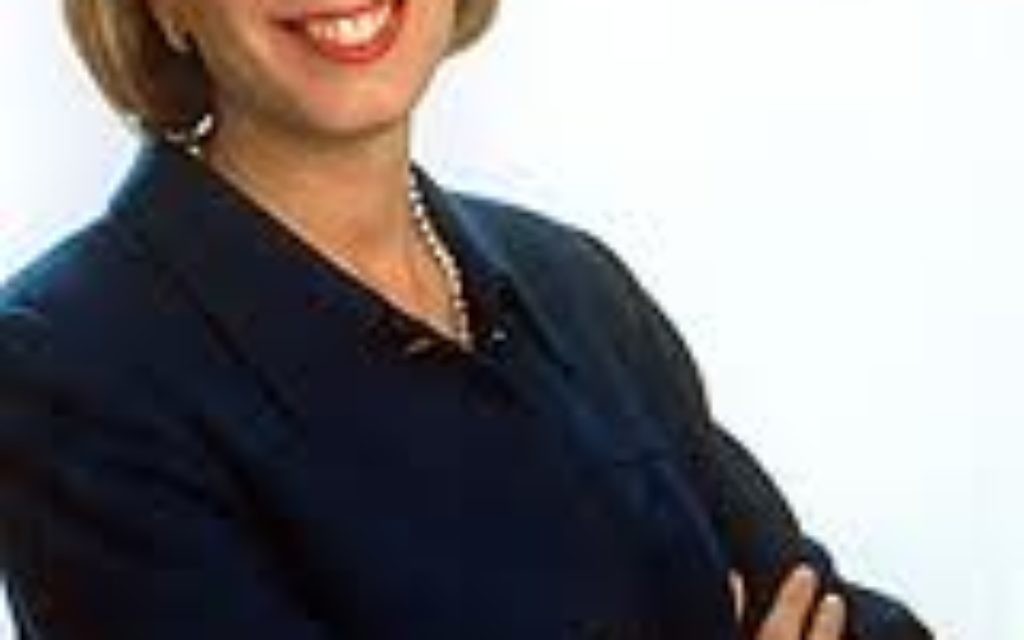 Imagine if needed educational and healthcare services were accessible without a lawyer! But, as this is only a dream at this point, these lawyers play a vital role for many people with disabilities and their families. Pity the millions of poor people (literally) who can’t afford these services, as they can, again literally, save life and independence for the people who benefit from them.

The first conference was sponsored by the “Special Needs Alliance (SNA),” a national, not-for-profit organization of attorneys dedicated to the practice of disability and public benefits law. Mostly, these lawyers help with such functions as wills, estate planning and guardianship issues as well as gaining government services and benefits that can be complicated and challenging to access.

At this event, I was a guest of Evan Krame, a Maryland based lawyer who serves many families and people I know with disabilities. He’s a total mensch who is also studying part-time to earn a rabbinical degree. Krame also is very active in “Shared Horizons,” a non-profit that pools trusts to help people with disabilities function safely and successfully after their parents die. This is a very important function for middle-class families who cannot afford big fancy law fees and paid guardians to help support their children after they are gone. Evan is a great resource that people should reach out to. His email is Evan@Kramelaw.com.

The second big conference I attended was the famed “Jacobus tenBroek Disability Law Symposium,” which is hosted each year by the National Federation for the Blind at their impressive national headquarters in Baltimore. This conference is for lawyers who focus on defending the civil rights of people with disabilities.

One of the keynoters was Rebecca Bond, Chief, U.S. Department of Justice, Disability Rights Section. She is new to her position and her speech was extremely impressive. She is either very well-staffed and/or brilliant, or both. Her portfolio and activities affect six million businesses and non-profit agencies, 80,000 units of state and local government, 49 million people with disabilities and over 100 Federal agencies and commissions in the Executive Branch. Thus, I have hope that she can make an important positive contribution towards a better future.

Judith E. Heumann, Special Advisor on International Disability Rights, United States Department of State, spoke on a wide range of topics, including the pending ratification of the disability treaty, which still needs more votes in the U.S. Senate. Heumann is pretty much considered a deity in disability circles for her courage, vision and work. She has also been active on disability rights within the Jewish community. However, given her presentation on the current efforts to pass the treaty, I left more pessimistic than ever about the treaty’s future. Even now, no one in the disability community has reached out yet to widely-followed conservatives who are known to care about people with disabilities (i.e. former Senator Rick Santorum, former Governor Sara Palin or current Members of Congress Cathy McMorris Rodgers and Pete Session). It’s hard, therefore, to imagine how the needed votes will materialize on the Senate floor. Senators don’t exist in a vacuum. They listen not only to their own voters, but also to national voices who could either honor them, or cause primary challengers to oppose them.

Eric Rosenthal, Executive Director, Disability Rights International, gave an inspirational talk about his work, which documents human rights abuses, publishes reports on human rights enforcement and promotes international oversight of the rights of people with mental disabilities. I couldn’t help but think that it would be amazing to harness his ideas around getting Jews with disabilities more included in Jewish life. It would be wonderful to get American Jews with disabilities buddied with non-disabled Jews to do service projects together to help people with disabilities overseas and in our neighborhoods alike. I know that the American Jewish World Service, with Ruth Messinger, does some work to fight for people with disabilities overseas. The potential, especially if this was done through congregations and youth movements, could be very powerful.

In a session with Marc Charmatz, Senior Attorney, National Association of the Deaf, and Christopher Kuczynski, Assistant Legal Counsel, United States Equal Employment Opportunity Commission, I learned that any religious entity that even indirectly gets money from the Federal government automatically is covered by ADA laws. That means that if your local synagogue, Federation or Day School uses police to help protect itself from terrorists through Homeland Security dollars (think about all those cop cars on Yom Kippur), then it is covered by ADA laws. I doubt many Jews with disabilities know that these rights and legal options are within our hands.

In a session on the “Impact of the Affordable Care Act on People with Disabilities,” Leslie P. Francis, Associate Dean for Faculty Research and Development, S.J. Quinney College of Law, left me extremely concerned about the lack of transparency and services for people with disabilities under the new ACA/”Obama Care.” Much is dependent on how each state chooses to implement the new ACA laws. It is clear that disability activists need to be extremely involved in their state capitols and to pay serious attention to these issues.

A session titled “Target and Netflix: Are Websites a Place of Public Accommodation?” brought up specific access issues for Americans who are deaf and/or blind. In a side conversation with Howard Rosenblum, CEO of the National Association of the Deaf, I learned that even the Presidential candidates failed put captions into their TV ads. While many Americans would have been happy to miss all the political ads, this is a disgrace as deaf voters have as much of a right to get the information in the campaign ads as any other American.

In a breakout session on charter schools it was pretty horrifying to learn what is happening regarding children with disabilities in America’s currently glorified charter schools. I was especially moved by Eden Heilman, Senior Staff Attorney, Southern Poverty Law Center, who is involved in a class action lawsuit against the state of Louisiana regarding the blatant discrimination that is happening in New Orleans public schools. Apparently Governor Bobby Jindal, who is expected to run for President, has many questions to answer to on that front.

My favorite speaker was Jonathan Younge. He previously worked for President Obama, but is now back in the private sector. I’ve provided a link to his full text, which is worth reading. But here is an excerpt that especially rang true with me:

Let’s talk about political power. In an essay published last summer on Disability and Politics in the Oxford Companion to American Politics, I described political power as “the perceived ability to move people and money.” Moving people relates to showing up at the polls. Moving money is about fundraising. There is irony in the history of the disability rights movement. Our legislative victories have come in the absence of substantial political power. I don’t mean to minimize the extraordinary role of disability rights advocates who deftly shepherded the ADA and other laws through Congress.

But reflect for a moment on a string of legislative achievements stretching from the Architectural Barriers Act of 1968 through the ADA of 1990 and beyond. Consider just how few people were engaged on a grassroots basis in contrast to the groundswell that paved the way for the Civil Rights Act of 1964. The contrast between the broad-based social disruption wrought by the civil rights movement and the below-the-radar advance of disability rights reveal that other forces besides traditional political power were at play. At every step along our path to securing rights to live in the world, our community has benefitted from individuals in positions of power who were able to translate movement ideas into enforceable rights: George H.W. Bush Tony Coelho, Tom Harkin, Steny Hoyer, Ted Kennedy, Dick Thornburgh – to name just a few. These were not people who were put in power at the behest of a burgeoning political force in the way that the LGBT community and the Tea Party Movement have put people in places of power. Rather, these were individuals who came to power independent of disability but had personal connections to disability and supported the cause. In a real sense, we have repeatedly secured rights before the political power typically needed to secure those rights.

There is nothing wrong with leveraging the power of people in positions of influence. But there are risks. First, legislative victories like the ones we have enjoyed can lead to a misplaced illusion of political power. It is great that elected and appointed officials have carried our mantle because they felt a connection and wanted to help. But that’s different than having elected officials feel compelled to act because of political strength and being able to take some credit for the fact that they are in office. That’s a far cry from the long-term efforts other communities have undertaken to elect leaders from within their communities.

Second, we should remember that most of the disability rights victories we have secured have come without substantial resource allocation. Indeed, when it comes to things like the ADA, policymakers thought it would save the government money rather than require the government to spend more money. It is easier for policymakers to grant deficit-neutral rights than dedicate (or sustain) potentially deficit-growing funds. Budget decisions are influenced more by typical traditional power than political largesse. Moreover, we don’t have anywhere near the number of champions that we’ve had in the past, and we aren’t backfilling the recent departures of leaders like Senators Tom Harkin and Ted Kennedy. Lack of political power during far-reaching budget debates is dangerous.

Finally, and most importantly, we must remember that rights secured can never be taken for granted – not only in terms of keeping the law on the books but also in ensuring that we continue to build on our rights amidst changing circumstances. Rights are not perfected at their creation. They must be cultivated. Sustained. Implemented. Enforced. Only then do rights have meaningful effect. This requires ongoing political engagement. Friends, we need to cultivate and wield sustainable political power.”

Jennifer Laszlo Mizrahi is the co-director of the Mizrahi Family Charitable Trust. She is dyslexic and could not read and write well until she was 12.