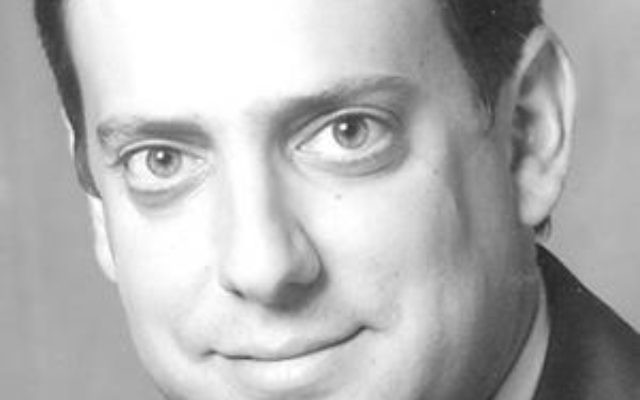 Should all children's playgrounds be made as safe as possible, or should some be denied safety improvements because of bigotry?  This question is at the core of a case before the U.S. Supreme Court this year.  We at the Orthodox Union argued to the justices that they must strike down an antiquated anti-religious amendment to state constitutions for the safety and well-being of America's religious citizens.

The facts of the case before the high court are straightforward: The State of Missouri sponsors a program under which it pays for the resurfacing of children's playgrounds with material made from recycled tires.  Trinity Lutheran Church applied to have its playground resurfaced under this program and Missouri denied the application solely because the church is a religious institution.

The legal basis of the denial is the Missouri state constitution's "Blaine Amendment" which states: "no money shall ever be taken from the public treasury, directly or indirectly, in aid of any church, sect or creed of religion…" and no government entity "…shall ever make an appropriation or pay from any public fund…anything in aid of any…church…"

This provision restricts government aid to houses of worship and parochial schools more expansively than the U.S. Constitution's First Amendment ban against the "establishment" of religion. It was adopted by Missouri and 30 other states in the late 19th century and carries a pernicious pedigree.

The great wave of Catholic immigration to America in the 1800s gave rise to strong anti-immigrant, anti-Catholic sentiment.  In 1875, Sen. James Blaine of Maine proposed an amendment to the federal constitution using the above-quoted text.  The senator’s goal was to deny Catholic schools the kind of government funding "common schools" (which were essentially Protestant) were receiving.

The amendment failed to garner a two-thirds vote in the Senate, but the wave of anti-Catholic bigotry continued.  In the presidential election campaign of 1884, the Republican Party nominated Sen. Blaine, and party leaders spoke openly about the need to defeat those who would support "rum, Romanism and rebellion" against the Protestant majority.  Sen. Blaine lost to Grover Cleveland, but the anti-Catholic forces succeeded in having their no-aid language adopted into all but 10 state constitutions.

For much of the 20th century, there was little focus on the unfair and hateful effects of Blaine Amendments. This was likely due to the fact that the U.S. Supreme Court was interpreting the First Amendment's Establishment Clause in a similar vein, generally requiring "strict separation" between religion and state and rejecting government programs directly funding religious institutions.

But over the past 25 years, the Supreme Court's church-state jurisprudence has shifted to hold that while the government must not favor a particular religion, or religion in general, the Constitution also does not demand that the government disfavor religion.  After all, the First Amendment also guarantees the “free exercise of religion” and the Fourteenth Amendment’s guarantee of “equal protection” under the law should prohibit anti-religious discrimination alongside other forms of prejudice.

To that end, recent Supreme Court and federal appellate court rulings have upheld government programs aiding religious institutions when the programs don’t exclusively aid religion and provide general government services on the basis of religion-neutral criteria.  This newer, sensible jurisprudence is at odds with the anti-religious, strict separation approach of the Blaine Amendments.

This conflict is not an academic one. The high court’s ruling in the Trinity Lutheran case will directly impact the very safety and welfare of the Jewish community and other faith communities. In just the past few years, we have seen tragic attacks on American houses of worship, including Charleston’s Emanuel A.M.E. Church and the Sikh Temple of Oak Creek, Wis.

In the wake of these attacks targeting religious sites at home and others abroad, there are now several significant federal and state programs providing houses of worship and parochial schools with aid to keep their members and students safe.

Examples include federal security grants that enhance security at nonprofits – including synagogues – in the face of terror threats; FEMA grants to help rebuild parochial schools damaged in disasters such as Hurricane Sandy; and federal grants to remove asbestos from old school buildings. Similarly, New York and Pennsylvania provide public funds to keep parochial schools safe and, earlier this year, New York City enacted a law paying for security guards at all non-public schools.

All of these funds are awarded on the basis of religion-neutral criteria, but would run afoul of a strictly enforced Blaine Amendment.  Were they to be invalidated, thousands of children and adults alike would be made more vulnerable just for being religiously observant.

The case now before the Supreme Court may seem somewhat trivial because it involves a children’s playground. But there is nothing more serious than keeping all Americans and their communities – religious or not – safe from harm.  Allowing the archaic Blaine Amendments to stand merely keeps alive a law born of spite and bigotry.