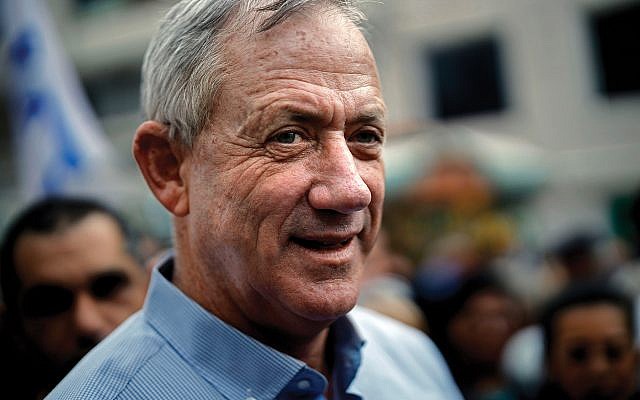 But it might not be the competition between Gantz and Netanyahu that decides who is the next prime minister. Instead, the outcome of the vote and the identity of the next Israeli leader could actually hinge on the fortunes of a handful of smaller parties — and whether they succeed in garnering enough votes to win representation in the Knesset.

The reason why the election could be decided at the margins is that votes for parties that fail to pass the electoral threshold of 3.25 percent of the ballots don’t count in the final proportional division of the parliament’s 120 seats among the parties. And if several parties from one side of the political spectrum miss the threshold, that could shift the balance of the parliamentary majority between the left-center blocs and right-religious bloc.

According to election surveys, the parties “on the bubble” of the Knesset span left, right and center. What’s more, they include ones that usually make it into parliament, such as the far-left Meretz, the pro-settler Jewish Home and the Sephardi ultra-Orthodox Shas.

Partisans on both sides of the political spectrum are howling that critical votes are liable to be wasted on parties that miss the threshold. At the same time, public pressure is ratcheting up on leaders of the bubble parties to merge with one another, or with a larger party before the Feb. 22 deadline for parties to submit candidate lists.

Earlier this month, Netanyahu released a statement calling several right-wing nationalist religious parties to merge “in order to avoid the loss of mandates to the right bloc, potentially leading to the establishment of a leftist government,” Globes reported.

Reacting to a Feb. 7 voter poll by Channel 12 television news, Amit Segal, a political commentator from the same network, complained that it’s “crazy” that so many votes might go to a handful of parties —  most of them right wing — that miss the threshold. “Ten percent of the votes are thrown away. Two-thirds of them are on the right,” he said.

And in an editorial on Sunday, the liberal Haaretz newspaper warned that the emergence of Gantz’s party had created a situation in which “one of Israel’s traditional left-wing parties is liable to disappear, the votes of their supports will be thrown in the trash, and the right-wing parties will march confidently to a blocking majority in the next parliament.”

There’s already a precedent for the small parties to make a difference: In 1992, two sizeable right-wing parties fell short of the electoral threshold — which was just 1.5 percent of the vote at the time. Even though a plurality of votes was cast for right-wing and religious parties, the left-wing block led by Yitzchak Rabin and the Labor Party won a tissue-thin 61-seat majority because of the votes that were lost to the threshold. Israeli right-wing political analysts have never forgotten, because, shortly afterward, the parliament approved the Oslo peace agreements reached by Rabin’s government.

Right-wingers remember a more recent incident of a missed opportunity: During the 2015 election, the first time that the threshold was raised to 3.25 percent, Yachad, a far-right religious party headed by former Interior Minister Eli Yishai, came some 12,000 votes short of the threshold of nearly 137,000 ballots. Though that didn’t tip the balance between the right and left, it left the right-wing bloc with a smaller majority in the parliament.

“It can really make a difference,” said Jonathan Rhynhold, a political science professor at Bar-Ilan University. “What it does to the [parliamentary political] blocs is what really counts.”

Depending on the election poll, there are about a dozen parties teetering on the threshold.

On the right, the Likud and other partisans are pushing for a merger between Jewish Home and the National Union — two parties that were led by Education Minister Naftali Bennett before he bolted to form his own New Right list — and the Kahanist Power for Israel.

Other right-wing incumbents that could succumb to the threshold include Moshe Kahlon’s Kulanu Party and Avigdor Lieberman’s Yisrael Beiteinu Party.

On the left, many are calling for a united effort between the Labor Party and Meretz, which only narrowly made it into the Knesset in 2015.

There’s also been talk of a push to unite the two charedi parties, Shas and Ashkenazi United Torah Judaism. But at Shas’ campaign kickoff event, Interior Minister Ariyeh Deri, a member of Shas, threw cold water on the idea, saying that Ashkenazi and Sephardi voters could simply vote for their respective charedi parties.

“Shas is very weak. Since the passing of [spiritual leader] Rabbi Ovadiah Yosef, the party has dwindled,” said Tal Schneider, political correspondent for the Globes newspaper. Schneider predicted that in the week remaining before the deadline for the party lists, the parties will be engaged in maneuvering and posturing to improve their negotiating position for a possible link-up.

The same fear exists among Arab parties as well. Though three parties joined forces in 2015 to win 13 seats, Knesset member Ahmed Tibi said his Ram-Taal Party would run independently, stoking concern that one of the two parties might be eliminated.

On both sides of the political divide, there is fear that the parties on the rival side of the spectrum will emerge with a merger deal at the last minute. But for leaders of the bubble parties, they also have to consider how a merger with a partner compromises their political identity.

The large number of parties on the bubble complicates the political picture, but following the Feb. 22 deadline for finalizing party candidate slates, the election landscape will come into better focus.

“It’s a crucial issue regarding parties’ ability to form a coalition. The high threshold may change the will of the voters. It could be a case where the bloc that won more votes has a minority of seats,” said Avraham Diskin, a professor of political science at Hebrew University. “Each of these parties could be a spoiler for the larger political camp to which they belong.