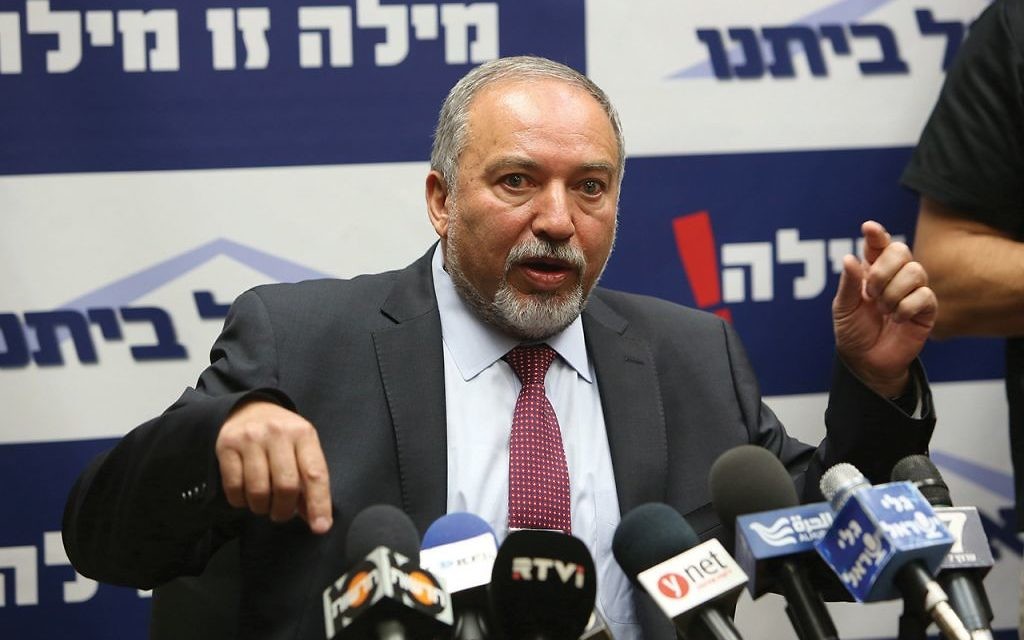 A hardline maverick is about to take the reins at Israel’s Ministry of Defense, empowered to make key decisions over war and peace, and over the day-to-day lives of Palestinians.

Prime Minister Benjamin Netanyahu had been desperately trying to convince the second-largest party, the center-left Zionist Union party, with its mild-mannered leader Isaac Herzog, into the coalition to shore up its one-vote Knesset majority. But these talks fell apart, Lieberman jumped on suggestions that he join instead, and politicians on the right edge of Netanyahu’s Likud party pressured hard to make it happen.

Netanyahu undermined and embarrassed his current defense minister, Moshe Yaalon, and Yaalon decided to jump before he was pushed, tendering his resignation. As of Tuesday, Netanyahu and Lieberman were ironing out the details of their coalition agreement, and the defense establishment was bracing itself for Lieberman’s arrival. It is quite a change.

Yaalon has an image as cautious, careful in his decision-making, and guided by an old-fashioned Likud combination of right-wing ideology and liberal values. Lieberman is perceived by many as a demagogue who makes hardline statements about Palestinians, Israeli Arabs and numerous other subjects.

He’s the man who said that Israel didn’t go far enough in the 2014 Gaza campaign and should have retaken the territory, who wants Israel to put terrorists to death and suggested chopping off the heads of disloyal Arab citizens of Israel, and who has threatened death for a Hamas leader if Israeli bodies the group is holding aren’t returned.

Yaalon wanted to make an example of Elor Azaria, the soldier who fatally shot a terrorist in Hebron on March 24 even though the assailant was lying immobile. Lieberman gave full backing to the legal proceedings against him that are ongoing. He also claimed that Yaalon had become a mouthpiece for the Israeli far left and submitted a request to visit Azaria so he could tell him that “this ganging up on him is inappropriate, and that he has supporters, elected leaders among them.”

Yaalon’s cautious approach to security and defense has been a target for Lieberman’s condemnation. “The government’s job is, first of all, to provide security to its citizens,” Lieberman said in January. “This government is doing everything it can so as not to fight terrorism and to get out of doing so.”

All of this leaves one wondering what is about to change in Israel. How will Lieberman’s party manage to influence policy and legislation by its presence in the coalition? And to what extent will actions on the ground (and in the air) by Israel’s defense establishment come to represent the hardline views he has voiced? His office, via the army, is in charge of the West Bank, including many aspects of Palestinian civilian life — as well as playing an important part in anti-terror strategies and wider defense issues.

It’s difficult to know what would have happened in the summer of 2014 if Lieberman were in the defense minister’s seat at the cabinet table, and whether he would have insisted that Israel continue its operation on the ground in Gaza despite the assessments of military experts sitting there, and despite concerns about what it would mean for Israel in the international community.

But Lieberman’s bark is bigger than his bite. He built his political reputation on rhetoric, and when in opposition or in a position where he doesn’t have direct responsibility for consequences, will rage against everyone and call for hardline solutions on all sorts of issues. Yet if he is in the highest office of his career, in which he knows that he lacks the expertise of his predecessors, he is likely to surround himself with solid advisers and, on the big issues, be far more reserved than his rhetoric suggests.

In essence, he’s a political chameleon who has, for significant periods in recent years, defied his reputation as a hardliner to calm Israel-U.S. tensions or discuss the prospects for peace with the Palestinians. Ideologically speaking, he is far more open to the idea of a two-state solution than Yaalon, though he doesn’t believe that the current leadership in Ramallah can deliver peace. Lieberman is open, however, to discussing peace proposals, including the Saudi Initiative.

Lieberman can choose from two paths for his return to government. He can position himself as the pragmatist and use his time to try to illustrate that he has statesmanlike qualities — which he is keen to do as his endgame has always seemed to be the prime minister’s job. Or he can treat the opportunity as an extended electioneering period ahead of the next poll, in which he tries to push the government rightwards so as to win the reputation as the true leader of the Israeli right. With this second option he may not get the final say on the big decisions, such as how long Israel stays in Gaza next time it enters, but he will be able to have a significant effect on policy and the government’s legislative direction.

His two stints as foreign minister between 2009 and 2015 indicate that he will go for the first of these two paths and position himself as the pragmatist. But with a chameleon, one never knows.