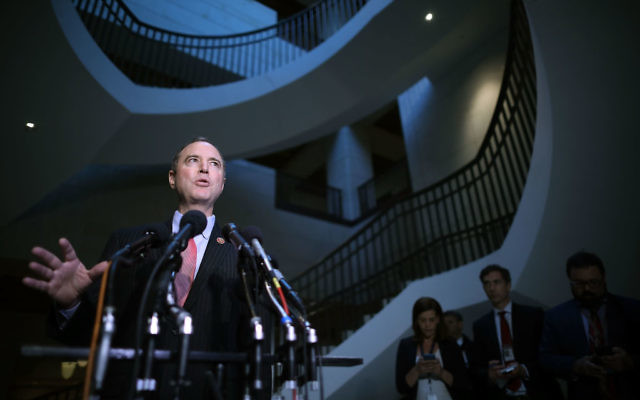 Depending on whom you talk to, President Donald Trump’s leak to the Russians of highly classified intelligence reportedly gathered by Israel has created a “crisis” in the intelligence community or is “not as bad as described in the media.”

“The problem is that there are so many things we don’t know,” explained Shoshana Bryen, an analyst of U.S. defense policy and Middle East affairs at the Jewish Policy Center, a think tank.

She told The Jewish Week that if the information reportedly provided by Trump was sufficient to reveal the identity of the Israeli informant, “it is very damaging” should the informant still be under cover. But she noted that there are reports the name of the city in which the informant was based “may not have come from the Oval Office meeting” Trump held last week with Russian Foreign Minister Sergey Lavrov and Sergey Kislyak, the Russian ambassador.

“And we also don’t know how much the Russians knew before Lavrov was in the Oval Office,” she added.

In addition, Bryen pointed out that “Israel and Russia have what is called a ‘deconfliction’ arrangement, which means that if Israel is going to operate inside Syria, it lets the Russians know where they are flying so they don’t meet Russian planes. And the Israelis have serious red lines about what is and what is not acceptable to them inside Syria — including the movement of chemical weapons, the acquisition by Hezbollah of certain kinds of military hardware, and it will not tolerate what appears to be semi or permanent Hezbollah military bases in southern Syria on the Syrian side of the Golan Heights.”

“The idea that the Israelis are not speaking with the Russians is inconceivable, but what they tell them we don’t know,” she added. “It is not inconceivable they would have shared the information.”

Trump is scheduled to visit Israel next week as part of his first oversees trip, which also includes visits to Saudi Arabia and the Vatican.

There were conflicting statements coming out of Israel about the damage the reported leak may have done to the U.S.-Israel relationship. Danny Yatom, a former head of Israel’s Mossad, Israel’s foreign intelligence gathering agency, reportedly said, “We will think twice before conveying very sensitive information.”

And BuzzFeed News quoted an Israeli intelligence officer as saying his fellow officers were “boiling mad and demanding answers” to the question of whether Israel would continue sharing its intelligence with the U.S.

There was also speculation that other countries might also now become reluctant to share their most sensitive secrets with the U.S., thereby hampering such things as counterterrorism operations and combating weapons proliferation.

America’s allies were also upset with the U.S. in 2010 when WikiLeaks published hundreds of thousands of U.S. diplomatic cables, many of which contained sensitive information provided by foreign countries.

But Avi Dichter, a former head of the Shin Bet, Israel’s internal security service, said that even if what was reported was true it would not be that damaging.

“The current president has been serving for slightly over 100 days,” he told Israel’s Army Radio. “This is not enough time to accumulate experience that is as bad as it is described by the media. I am familiar with a few other cases over the years in other countries where they made use of materials – -perhaps even in a more scandalous manner than was described by the media in this case.”

The classified material pertained to intelligence regarding a laptop bomb threat to commercial airlines by the Islamic State. The Israeli spy reportedly provided information that led to the U.S. banning laptops on all passenger jets en route to the United States from specific Middle East and African countries; a possible ban on laptops from all flights from Europe to the U.S. is now under consideration.

The information was shared with the U.S. with the understanding the source would remain confidential. But the president apparently discussed the laptop threat with the Russians in light of the fact that the Islamic State took credit for hiding a bomb in a soft drink can two years ago that blew up a Russian Airliner over Egypt, killing more than 200 people.

On Jan. 31, a bomb believed hidden in a laptop exploded aboard a Somali airliner while it was in midflight, blowing a hole in one side of the plane. A passenger believed to be holding the laptop was ejected from the plane and died.

U.S. officials believe the Islamic State has developed a way of hiding a bomb in a laptop in such a way that it can pass through airport screening machines undetected.

If Trump did disclose classified information to the Russians, he would not be the first president to do so. Bryen recalled that President Barack Obama disclosed details of Stuxnet, the malicious computer worm that damaged Iranian computers used for its nuclear weapons program and widely believed developed jointly by the U.S. and Israel.

“Do I think it is going to damage U.S.-Israeli security cooperation or intelligence cooperation?” Bryen asked rhetorically. “Probably not. … I don’t see any major changes coming.”