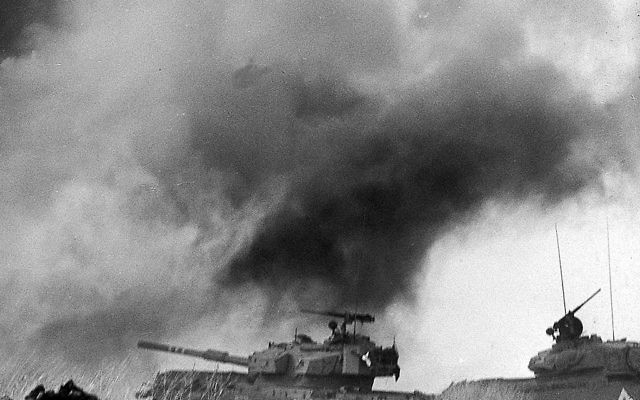 Israeli tanks battle against the Syrian armor on the Golan Heights, during the Yom Kippur war 09 October 1973. DAVID RUBINGER/AFP/Getty Images

Several weeks ago, Brigadier-General Avigdor Kahalani, a veteran of the Six-Day War and the Yom Kippur War, visited my modern orthodox yeshiva in the New York metropolitan area. During his time as a general, he played a significant role in both wars and was, in essence, a war hero due to the overwhelming challenges he overcame while leading the fight against the northern front; he was awarded the Medal of Valor for his courage during the Yom Kippur War in 1973. Although some portions of his speech were more politically oriented than others, he nonetheless succeeded in captivating a room of 440 exhausted teenagers with his equally captivating stories. However, throughout his descriptive, fascinating and even motivational speech, there was a constant variable: his commitment to Israel and its protection. In fact, in my eyes, this commitment represents a larger emotion—fear. Not just in General Kahalani, but in every one of the 440 students in the room. Fear for the present, and fear for the future. 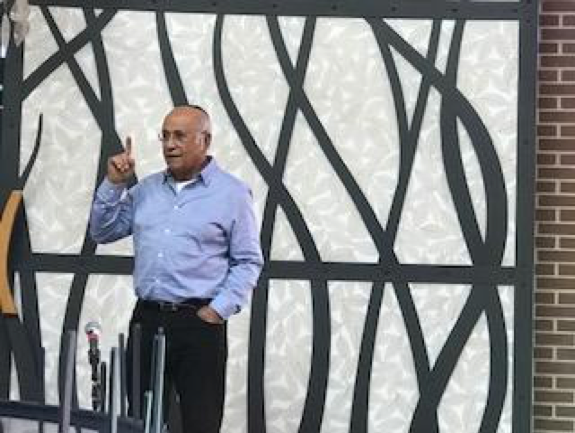 The General and the student body of my yeshiva, myself included, have every right to be afraid. While the country has currently sustained a ceasefire with Gaza, this so-called ‘agreement’ is prone to termination in the near future. At some point, Hamas, or another similar group, will break the ceasefire and ultimately fire rockets at Israel, if not declare war. It is my belief that a dramatic conclusion to the imposed ceasefire will occur when least expected and when Israel is the least prepared. In fact, to some degree, the situation parallels the Yom Kippur War, of which General Kahalani is a veteran and war hero. If there is any prerequisite action Israel should act upon, it is to learn from the past in order to be prepared in the future. As many history teachers consistently tell their students, history repeats itself, and all countries, not just Israel, need to develop an awareness of such a critical pattern. A pattern that will determine the future of the state of Israel, and a pattern that will determine the future of the Jewish people.

The situation is essentially obvious at this stage in the game. Already, Hamas has rejected Israel’s demands and will continue to build tunnels across the “buzzer zone.” Therefore, due to Hamas’ failure to comply and the violent history the terrorist group has sustained, the IDF must be ready and prepared for an attack. Whether this is the reality of the situation currently, citizens as well should undergo preparatory measures to ensure the safety of themselves and their loved ones in the event of an emergency. In the Yom Kippur War, the IDF was ill prepared for the surprise invasions on both fronts which ultimately lead to days of hardships and fatalities that followed. It led to days that could have, and still can be, prevented.

In conjunction, it is not only the military which must provide great assurance to the country, but it is also the task of the government. In the midst of this warfare crisis, the government has formed a crisis of their own. Not only has prime minister Netanyahu been considering an election (which will regardless be held next year), but the government has now lost former Minister of Defense Avigdor Lieberman, who resigned from his position due to his resentment of the country’s attempt to be “peaceful” with vicious and terroristic neighbors. Or, in his words, “surrendering to terror.”

During the Yom Kippur War, the state of that Israeli government was essentially in a similar state as the current Israeli government, shut down. Not necessarily due to a collapse or major political event but shut down due to the holiday of Yom Kippur. When the news broke of the two-front war back in October 1973, officials were scrambling in panic to attain control of the situation. Quite paradoxical it would be to receive the coextending response from an Israeli Government of the twenty-first century.

There are multiple perspectives to Lieberman’s desires of becoming the bad-cop of the middle east. Surely, he wants Hamas backed into the strip, or in other words, he wants control over the Gaza region, similar to the nation’s control over the vast Sinai region prevalent in the succeeding times of the Six Day War in June 1967. But it didn’t last though, and neither will Lieberman’s contended agenda.

Although Israel was able to retain the region after the war, Egypt pushed their way into the Sinai Peninsula and the land was almost lost by the state. Therefore, if Israel attempts to enforce the area as an active military zone, I believe it would only be a matter of days, if not hours, until a retaliation from Gaza would commence. Additionally, Hamas has refused to cooperate thus far, meaning such a counterintuitive measure of the implementation of IDF soldiers in the Gaza strip would still have minimal effect on the organization’s plan. The ceasefire may be flawed, but that is not necessarily a reason to resign.

With all due respect, I believe Lieberman should have remained as the Minister of Defense to establish a level of stability in the government, even if he did not agree with the viewpoint of his fellow politicians. This was formally Lieberman’s concern to address, yet his resignation places his ministry in the custody of Netanyahu, further reducing diversity in the Israeli government in terms of opinion. 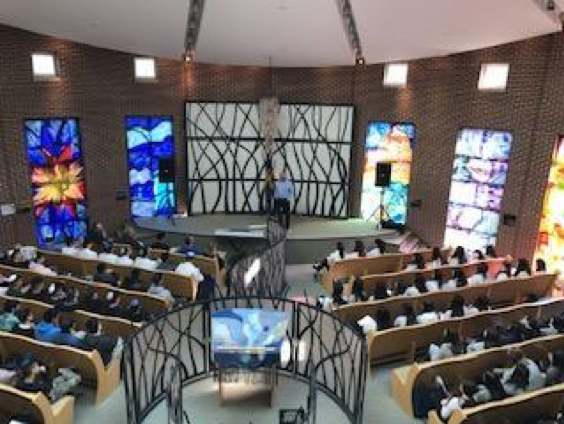 As Kehlani’s speech hit the home stretch, I was greatly intrigued by his powerful words and equally powerful statements. Though immensely political at times, they sustained a motif of connection and the importance of being a Jew. Especially in the shadow of the Squirrel Hill shooting, Kahalani described Israel as our home, our sanctuary and our motherland. The Jews must stick together, he exclaimed. He joyfully, and somewhat humorously, informed us to greet him on the streets of Tel Aviv someday after we make Aliyah.