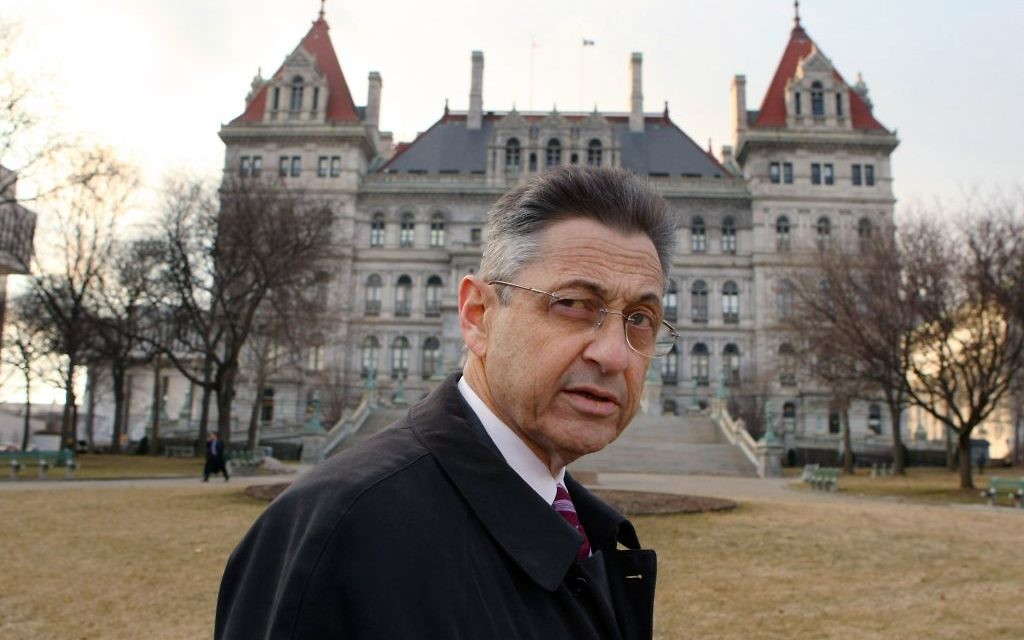 It was front-page news this week that Assembly Speaker Sheldon Silver is the subject of a federal investigation, but unless he is indicted, news of the probe is unlikely to affect his hold on power in Albany, political analysts said.

“The speaker is not vulnerable,” said Gerald Benjamin, a political scientist at SUNY New Paltz who closely follows state government. “The risks of voting against him on the basis of this [New York Times] article are just too great,” he said.

“It’s a long way between investigation and indictment — a long way,” agreed political consultant Hank Sheinkopf. “If you had a buck for every politician who is supposed to be indicted we’d all be able to retire.”

On Tuesday, The New York Times reported that the FBI was working with the office of U.S. Attorney Preet Bharara to investigate “substantial” payments made to Silver over the past decade that he failed to include on federal financial disclosure forms, according to their sources. The payments came from Goldberg & Iryami, P.C., a law firm specializing in obtaining real estate tax reductions. Spokespersons for Bharara and Silver declined to comment.

In addition to Silver’s state salary of $121,000, he makes hundreds of thousands of dollars a year from a private legal practice, including from the personal injury firm Weitz & Luxemberg. On his 2013 financial disclosure form, he said he made more than $650,000 from outside legal work, but he has never said exactly what he does for his clients, according to the Times.

Bharara’s probe of the payments from Goldberg & Iryami came out of a more general investigation of supplemental income earned by Albany lawmakers by the Moreland Commission, according to the Times. When Gov. Andrew M. Cuomo shut the anticorruption panel down last March, Bharara vowed to continue its work.

“The prosecutor has taken on the task of what he calls cleaning up Albany and he is obviously focused on the speaker,” said Benjamin, the SUNY New Paltz professor.

Several commentators suggested that the timing of the leak of the investigation likely stemmed from a political agenda to weaken Silver’s power in Albany.

“It’s clear that the federal prosecutor would like to find some reason to bring charges against the speaker, and it’s significant that the matter has been leaked to the Times and that the Times put it on the front page,” said Benjamin.

But others disagreed. “Anything that attacks the speaker in any way is news,” Sheinkopf said. “It’s not unusual for an investigation of such a powerful person to be leaked. It would be unusual if it were not leaked.”

Silver, an Orthodox Jew, is known for his adept accumulation of power during his two decades as speaker. It has long been said that in Albany, decisions are made by “three men in a room”: Silver and whomever happens to be governor and Senate leader at the time. The 70-year-old Democrat has represented Lower Manhattan since 1978. Over the past decade and a half Sliver has withstood plenty of controversy, including an attempted coup of the speakership in 2000 (for which he punished his opponents dearly) and criticism of his handling of sexual harassment allegations of Albany officials including one of his top aides in 2001 and Brooklyn Assemblyman Vito Lopez in 2012.

But what if the investigation were to cause Silver’s political demise? According to Sheinkopf, it wouldn’t have much effect on the legions of Jewish nonprofits Silver has backed over the years.

“Demographics are destiny and the Jewish population — whether it grows or declines, whether it votes or doesn’t vote — determines its power,” he said. “Its power will increase or decrease regardless of who the speaker is.”