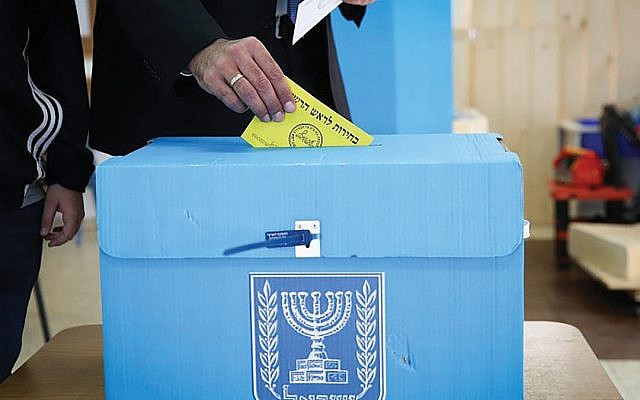 When Prime Minister Benjamin Netanyahu surprised Israel’s political system at the end of 2018 and called early elections for April 9, his path to re-election to a fourth consecutive term seemed a cinch. There was no rival candidate and the center-left opposition was fractured.

Since then, elections for Israel’s parliament have turned into a close campaign which appears as if the fate of the country could come down to the final days.

With less than a week left before voters go to the polls, Netanyahu is grappling with a challenge from the newly formed Blue and White, a centrist party headed by former army chief of staff Benny Gantz, two other ex-military chiefs and Yair Lapid, a former finance minister.

Polls show Blue and White with as much as a four-seat advantage over Netanyahu’s Likud party, though they also suggest that Netanyahu’s outgoing governing coalition of right-wing and religious parties would still control a majority of the Knesset’s 120 seats. However, a survey by Channel 13 television news on Tuesday evening showed Likud pulling in front of Blue and White.

Along the way, Netanyahu has been buffeted by Attorney General Avichai Mandelblit’s recommendation last month that the prime minister be indicted on charges of bribery, fraud and breach of trust, subject to a hearing. The prime minister has also faced recent questions about his decision to approve, without consulting the military, the sale of an advanced German submarine to Egypt.

The prime minister has also stirred controversy at home and abroad for nudging Israel’s national religious party into a merger with a far-right party, Jewish Power, that includes followers of Rabbi Meir Kahane.

Despite all of that, Netanyahu still seems like the favorite to win re-election because much of his political base remains loyal.

“The big story is how is Bibi still so strong. There are people who say that only he can lead,” said Jonathan Rynhold, a political science professor at Bar Ilan University. “He’s probably Israel’s most skillful politician ever. His brand is so strong. People who are not necessarily Likudniks think that no one can do it better than him.”

Indeed, that’s the prevailing sentiment in South Tel Aviv’s Hatikvah market. The open-air strip of produce stalls sits in a right-wing, working-class neighborhood, and it’s a tried-and-true campaign stop for candidates to prove their street credibility. Both Finance Minister Moshe Kahlon, a former Likudnik who has his own party, and Housing Minister Yoav Galant visited the shuk last week.

“I have one opinion: There’s no substitute for Bibi,” said Shaul Katzar, 66, who was sitting outside a lunc time barbeque in the market. Katzar credited Netanyahu for convincing President Donald Trump to move the U.S. embassy to Jerusalem and getting him to recognize Israeli sovereignty on the Golan Heights. “There’s never been anything like it. … People don’t see power and talent like him.”

Netanyahu has also had to handle a security crisis in the middle of the campaign: two rocket attacks from Gaza into central Israel forced the prime minister to cut short a visit to the U.S. before an address to the annual convention of the American Israel Public Affairs Committee. With Israel seemingly on the edge of a possible war with Gaza, the prime minister came under attack from both his own education minister, Naftali Bennett, and Gantz for his policy toward Gaza.

Indeed, with three military ex-chiefs of staff, Blue and White has neutralized the prime minister’s usual advantage on security issues, said experts. That has helped lure some of the moderate right-wing voters to Blue and White.

“There’s something interesting happening: The center-left parties have gone up and the core right-wing parties — Likud, Lieberman and the ‘New Right’ —  have gone down,” said Rynhold.

“The centrists have done their job. They have moved some of the people who voted Likud over to them” rather than just re-dividing the votes within the center-right. “They still don’t have enough to get a blocking majority with the Arabs.”

The political sentiment among Israel’s one-fifth minority is another factor that could tip the scales in the election. While turnout in 2015 was 63 percent, only 57 percent say they plan to vote this time around, according to a poll by the Yaffa Institute. Experts say the turnout might drop into the low 50s.

Enthusiasm among Arab citizens suffered a blow by the breakup of the Joint List party that united three separate parties in the 2015 election. Passage of the controversial nation-state law elevating the country’s Jewish character over the principle of equality has fanned even more indifference among Arab voters about participating in the election, say experts.

The Joint List fell apart because of infighting over divvying up the seats and a failure to adopt a joint platform. Now, polls suggest that one of the two Arab parties, Balad-Ram, might reach the minimum 3.25 vote percentage to win seats in the parliament.

“This lower percentage is a result of the disappointment on the one hand from the dissolving of the Joint List,” Knesset member Aida Suleiman of the Hadash party told the Israel Project, a pro-Israel advocacy group. “But, on the other hand, it’s also because of the frustration the population feels over the political situation.”

However, it’s not only Arab voters who are less enthusiastic about the election. In major cities there is a noticeable absence of party banners. According to a poll by Israel’s Channel 12 news, one-fourth of Israelis are undecided between whether they prefer Netanyahu or Gantz.

“People seem totally indifferent,” said Mitchell Barak, an Israeli-American polling expert. “No matter where you are in the city, people have few signs on their balconies or bumper stickers.”

The campaign has been noticeably thin on substance. Hot-button issues like annexation of the West Bank, peace with the Palestinians, and the nation-state law have played second fiddle to personal issues and negative campaigning.

Critics of his campaign have called Gantz a poor communicator with an unfocused campaign. They have also said that Gantz’s deal to rotate the premiership with Lapid is a drag on his popularity.

Netanyahu has painted Gantz and his party as too left wing, and warned that a center-left coalition would rely on the votes of Arab parties, a position denounced as racist.

“Candidates are not talking about real issues,” said Barak. “It’s a mudslinging campaign. It’s about who is more suited to be prime minister.”

Ultimately, who forms the next government could be decided by the fate of the smaller parties, and whether they pass the election threshold. In addition to Balad, several right-wing parties like former defense minister Avigdor Lieberman’s Yisrael Beiteinu and Finance Minister Moshe Kahlon’s center-right Kulanu party are teetering on the bubble, according to polls.

The Cinderella party of the election has been Zehut, led by right-wing extremist Moshe Feiglin — a former Likudnik who supports rebuilding a Jewish temple on the Temple Mount in Jerusalem. Feiglin has managed to attract center-left voters by vowing to make marijuana legalization a condition for joining the government.

Though there’s less than one week left, the future makeup of the parliament is still very much in play.

“Every day is a new crisis, and every day is a new surprise,” said Moshe Gaon, an election strategist. “We will get a better sense of where everything is going in the last 72 hours before the election.”