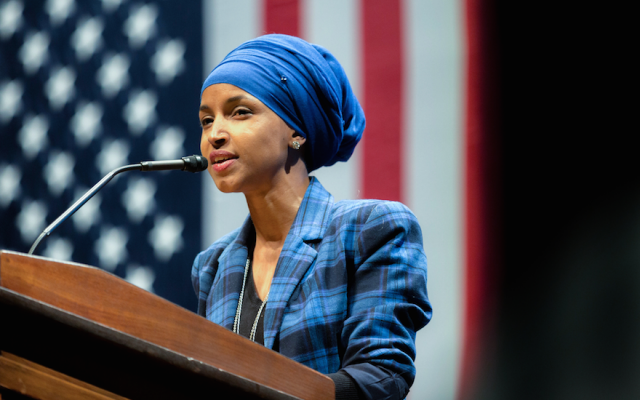 When newly elected Rep. Max Rose (D-Staten Island-Brooklyn) first joined the army, he met people who never came across a Jew and thought Jews had horns, he told a gathering of the Jewish Council for Public Affairs. Private Rose didn’t issue a written condemnation, seeking to ruin their careers. He gently educated them. Many became his close friends and fought by his side in Afghanistan. The congressman suggested it might be time for the Jewish community to adopt such an approach in confronting growing anti-Semitism.

The Jewish community has long embraced the “sunlight is the best disinfectant” philosophy to fighting anti-Semitism. Whenever and wherever it emerged, we condemned it, hoping that it would stay on the far margins of society. That worked fine until anti-Semitism surfaced on the left that was much less recognizable to the average person. It took the form of disdain to Israel, which many remain unconvinced is anti-Semitism.

With growing anti-Semitism on both sides of the aisle, we desperately need to revise our methods. The condemn and marginalize approach alone is not cutting it.

We often assume that anti-Semitism is a permanent disease of the mind, not ameliorable through intervention. But what if we are wrong about its immutability? What if we can, like Rep. Rose engage in dialogue with problematic figures and actually set them straight?

Last March, I spoke in Jerusalem at the Global Forum for Combating Anti-Semitism. I was asked about the recent comments of Washington, D.C. Councilman Trayon White, who claimed that the Rothschilds control the climate. I pointed out that he had apologized. “Growing up as a young man in Ward 8, I had no idea what anti-Semitism was,” he told a group of Jewish leaders.

A number of the delegates in the audience shook their heads vigorously in disapproval that the Jewish community would let him off the hook. They wanted to hold him accountable in perpetuity.

Why, pray tell, would we refuse to take an apology? Can’t we take yes for an answer?

Here we can learn from the gay rights movement, which understood the need to put the past aside in changing attitudes on gay marriage. LGBTQ activist and advice columnist Dan Savage argued at the time  that “If pols who are currently on the wrong side of any of those [LGBTQ] issues see no benefit to changing their positions … they’re going to be harder to persuade. Why should they come around on our issues … if we’re going to go after them hammer and tongs for the positions they used to hold?”

The same goes for fighting against anti-Semitism: Why would anyone ever change a position if we continue to denounce people who apologize?

Moreover, dialogue and education can, in fact, change hearts and minds. When filmmaker Deeyan Khan made her award-winning documentary “White Right: Meeting the Enemy” (watch it on Netflix), she spent months with some of the most hardened white supremacists. “I’ve been an anti-racist campaigner pretty much most of my life,” she stated. “I’ve responded in all sorts of ways — being angry at racists, shouting at them, confronting them, protesting against them, self-righteously shunning them.” She wanted to try a different approach to “see if it is possible for us to move somewhere from that point, from sitting face to face.”

The results were extraordinary. Several leading white supremacists, having become friendly with her, walked away from the movement.

I don’t know if “hug-a-Nazi” is scalable — perhaps it isn’t — but her success is proof of concept that engagement can work. And if it can work with architects of Charlottesville, it can work with lesser anti-Semites and bigots.

Now for the matter of Rep. Ilhan Omar (D-Minn.). She made problematic remarks. Apologized. Made more. Apologized again. And then made more. After the second, seemingly heartfelt apology, journalist Yair Rosenberg argued that “If our society is to move beyond simply labeling bigotry to actually uprooting it, we will need to pave pathways for people to rehabilitate themselves.” I wholeheartedly agreed.

Asked about how best to fight anti-Semitism, the venerable Washington political activist and commentator Ann Lewis stated: “Engage until we hit bedrock.” Let’s start with engagement.