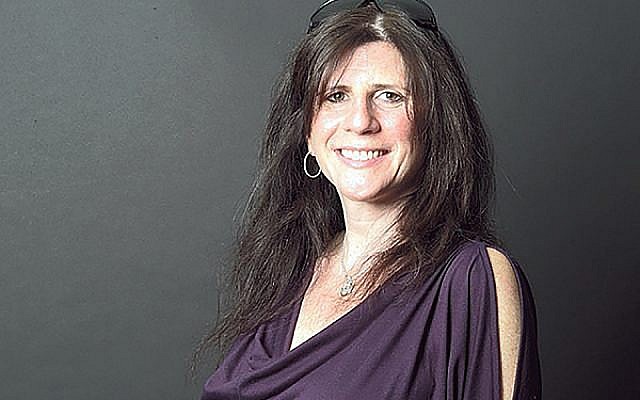 I am proud of the Jewish community’s record of fighting hate and standing for justice during the civil rights period. In the 1960s we had great leaders like Rabbis Joachim Prinz and Abraham Joshua Heschel who stood with Dr. Martin Luther King. There were the Freedom Riders who risked their lives going south to participate in rallies and actions to end segregation. And organizations like the Jewish Council for Public Affairs (JCPA) and the Religious Action Center of Reform Judaism, among others, played a key role in advancing the historic Civil Rights of 1964.

Our Jewish lens led us to engage in efforts to create a country based on our core values of equality, justice and diversity.

Just as in the past, there is an important role for the Jewish community in today’s civil rights issues. We must play a significant role in this country’s movement to end mass incarceration, and do our best to help make a difference. Our history will not allow us to stand on the sidelines.

A few weeks ago, in my role as a Jewish communal professional, I led the JCPA Civil Rights Mission to Atlanta and Alabama to remember the history and strategy of those who risked their lives working for equality and justice in the U.S. The  mission included 56 people from across the United States. The timing coincided with the one-year anniversary of the Equal Justice Initiative’s newly created National Memorial for Peace and Justice, the first monument dedicated to the victims of racial terror lynchings in the U.S.

The memorial structure at the center of the site houses more than 800 steel monuments the size and shape of a casket, one for each county where a racial terror lynching occurred. The names of the lynching victims are engraved on the columns. The Equal Justice Initiative has already documented more than 4,400 lynching. By forcing us to remember and confront the horrors of our past, the monument serves as a tool for restorative justice and healing.

I was deeply moved and outraged by the enormity of the horrors that each of these individuals, and their communities, faced. It was a time when black people were brutally murdered, often as a spectacle attended by thousands, with no consequences. Where was our humanity?

What struck us the most was how the second-class treatment of the black community still exists to this day — from de facto segregation in schools and neighborhoods to voter suppression to police violence. Inequality still exists and we must confront it.

We were fortunate to have on our trip Rabbi Barry Dov Schwartz, a civil rights activist and police chaplain, and Jim Lewis, Esq., who was one of the original Freedom Riders and spent many years of his life in Mississippi as a civil rights leader. As we visited the sites, Jim shared stories of how he and others risked their lives in their struggle towards freedom. Participants experienced a taste of this at the civil rights museum, where they replicated the experience of a lunch counter sit-in, where non-violent activists were often violently assaulted.

Today, black communities are still fighting civil rights abuses. Mass incarceration disproportionately affects people of color — 1-in-3 black men will spend time in prison, and the lifelong consequences and impact are unimaginable and unjust — from the school to prison pipeline to unfair sentencing to re-entry and parole policies that keep people tethered to the system without opportunities for employment, voting, and rehabilitation.

We have moved from slavery to Jim Crow and segregation to today’s criminal justice system, which continues to harm many black Americans, who are still not equal citizens in this country.

The Jewish community is now confronted with the task of taking action to fight hate, for ourselves and for others. While we are seeing an increase in anti-Semitism and hate crimes, a new Johns Hopkins University study shows that racial prejudice has decreased in the U.S. as minority groups band together to protect their safety and ensure that policies that have been won are not rolled back. In recent days we have seen attacks on religious liberties, voting rights, and reproductive rights. Minority groups are again becoming more proximate, working together based on common core values.

We must do all we can to reform the criminal justice system, hand-in-hand with and led by those who are impacted. Being proximate with others also lessens anti-Semitism and hate. Having attended the mission, I hold an even stronger belief that the Jewish community must be a significant voice in the civil rights movement of today, especially amidst a resurgence of anti-Semitism and fear in the United States.

We must ask ourselves, what are we doing today to fight for justice and equality? How are we ensuring reform of the criminal justice system and the ability of all citizens to vote — a right for which many lost their lives for us to attain?

Visiting these historic sites and hearing the stories of those who lived through these times reminded us of the bravery required to overcome fear and the importance of standing together.

JCPA and its network of Jewish Community Relations Councils are currently leaning in to engage the Jewish community in this important issue. We need to continue to hear and witness the stories of those who have been negatively impacted by our criminal justice system and stand together with them.

We cannot be silent. Silence and inaction is tacit consent.