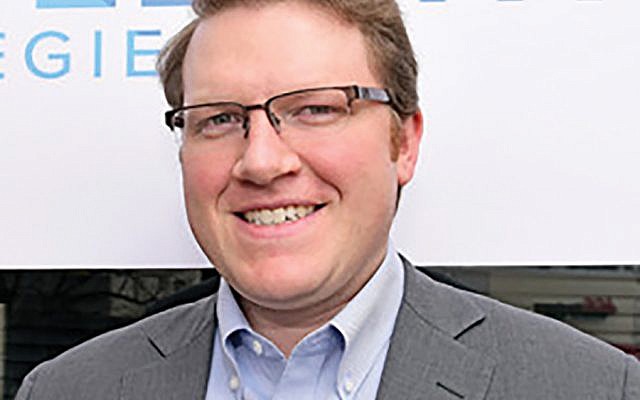 JTA  The terrorist attack at Chabad of Poway on April 27, which occurred on Shabbat and the last day of Passover, was horrific – and only the latest hate crime among the increasing number of anti-Semitic acts in recent years. The shooting left one dead and three injured.

While the role of comforter in chief is a title no president seeks out, Donald Trump filled this role well, expressing his “deepest sympathies” to the victims and consoling Rabbi Yisroel Goldstein, the synagogue’s spiritual leader, in a call Goldstein called “so comforting.”

The scourge of global anti-Semitism must be eradicated and needs to be a top priority of the administration. Like President Trump’s compassionate response to Poway, the recent appointment of Elan Carr as anti-Semitism envoy is a step in the right direction, albeit long overdue.

But from a Jewish communal perspective, there is also the glaring omission that one position remains unfilled: White House Jewish liaison.

President Trump has never had an official Jewish liaison.

For more than 40 years, presidents have appointed liaisons to the Jewish community. They have come from many different backgrounds, from civil rights and domestic policy mavens to international affairs specialists and campaign operatives, and from an array of denominations and personal shades of the Jewish faith.

President Barack Obama’s second Jewish liaison, Jarrod Bernstein, noted the “diverse strands of the American Jewish community,” and that while “we are one people and one community in many respects, we have a diverse set of issues that matter to us when broken down by region or stream of Judaism.” When Jeffrey Berkowitz was named to the post in 2005 under President George W. Bush, it was reported as “interesting” that he was Reform, despite the “broad support President Bush has received from Orthodox and more religiously conservative Jews.”

During the Reagan administration, Marshall Breger “was faced with a tough moment [as the Jewish liaison] when Reagan decided to attend a ceremony in Bitburg, Germany, at a cemetery of Nazi soldiers from the SS. Breger could not convince Reagan to change his plans, but he did keep communication lines open between the White House and the Jewish community at a time of crisis, an effort he believed helped sensitize the administration.”

Even when the Jewish liaison wasn’t able to change the position of their boss, a nuanced and full understanding of the Jewish community is essential to advising the most powerful person on earth.

One aspect that unites the more than two dozen liaisons is that they each spoke to the entire Jewish community: liberals and political conservatives, secular and religious, Republicans, Democrats and independents, and of course to the main denominational movements.

That we’re already halfway through Donald Trump’s first term and without a Jewish liaison is not the biggest difference between this president and his six immediate predecessors. When it comes to speaking to U.S. Jewry, President Trump’s strategy is not to speak to all seven million of us — it’s to not even really try with a majority of us.

While the president continues to get advice from his son-in-law and daughter, Jared Kushner and Ivanka Trump, through a largely Orthodox lens on a wide range of issues, this is no substitute for a dedicated individual in charge of communicating with the Jewish community. Besides, their expansive portfolios leave little time to engage in the day-to-day communal engagement.

The lack of a liaison with regular contact with the diverse Jewish community was on display when President Trump organized a recent White House briefing to ostensibly discuss issues “impacting the community” on the eve of Passover. Not a single movement leader of the two largest Jewish denominations in the United States, neither Conservative nor Reform, was invited.

While fully and honestly including the Orthodox community is, of course, essential to any president’s Jewish outreach effort, this president’s insistence to disproportionately prioritize just 10 percent of Jewish Americans to such an extent is not right, either.

That Orthodox Jewish Americans have taken a larger role in our national political conversation, both on domestic and international issues, is appropriate and welcomed. However, a president of the United States believing that they can leave out large segments of the Jewish community in their conversations with the Jewish community leaves the president’s advice and experience incomplete and, at the very least, hurts the entirety of U.S. Jewry.

Whether it was an Orthodox Jewish liaison for President Obama or a Reform liaison for the second President Bush, the position calls for daily, if not hourly, engagement and the hard work of serving as a conduit to and from the administration. Were President Trump to have a person in this role, they would quickly see that there is no one denomination or segment of the Jewish community that represents the whole.

Inclusion is a learning process. It was only about a decade ago that the Jewish Telegraphic Agency noted how some Orthodox Jews attending the Republican Jewish Coalition retreat felt their religious needs weren’t being met. Now, to RJC’s credit, that’s far from the case. Orthodox Jews are now accommodated at its conventions with glatt kosher food and religious services.

With our community again under attack, President Trump’s words are indeed comforting. In contrast to the president’s dangerous response to the Pittsburgh massacre — when he initially suggested the synagogue should have had better security — he got it right this time. But the fact that the White House still doesn’t have a Jewish liaison is a wrong that must be addressed.

Aaron Keyak is the former head of the National Jewish Democratic Council (NJDC) and co-founder of Bluelight Strategies, a Washington, D.C.-based communications firm.