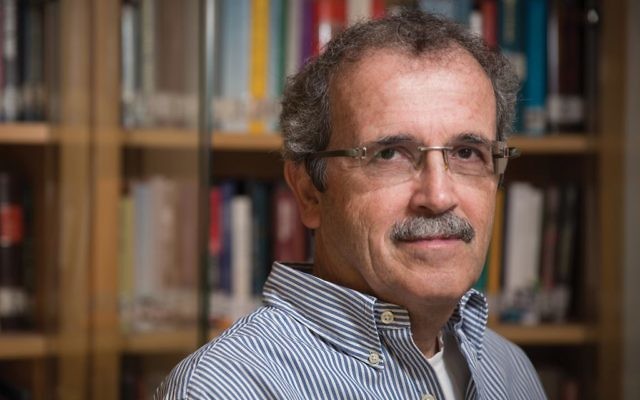 The Knesset recently advanced a draft of the “Basic Law: Israel, the Nation-State of the Jewish People,” a bill that seems benign on first glance but is deeply controversial. If the bill is passed into law by Israel’s parliament, it will become the most important piece of legislation in Israel’s book of laws, both symbolically and practically.

The bill is dressed in sheep’s clothing. It states that Israel is the national home of the Jewish people, where they are realizing their right to self-determination. This is nothing new. Most Jews in Israel support this idea with every fiber of their being. This has been the essence of the state since its founding, as stated in the Declaration of Independence as well as in existing Basic Laws that declare that the state should be “Jewish and democratic,” and in repeated rulings by the Supreme Court over the years. As such, it may seem that the bill merely seeks to formalize the current situation.

So why is this proposal so important? And why are so many, including myself — a Jewish nationalist through and through — opposed to it?

The answer is simple: The proposed Basic Law stands in clear and direct contradiction to the Declaration of Independence. That document balances the particularistic aspect of the Zionist project with its universalistic component. Time after time, Israel’s Declaration of Independence reiterates the Jewish nature of the state and expresses the Jewish people’s right to re-establish their national home in the Land of Israel. On the other hand, the Declaration promises us and the world that the state “will ensure complete equality of social and political rights to all its inhabitants irrespective of religion, race or sex.” For the country’s founders, these are two sides of the same coin: Jewish and democratic.

By contrast, the proposed Basic Law would serve to entrench national particularism without balancing it against the equality that should be taken for granted in a liberal state.

In Israeli law, “equality” does not exist. Some assert that equality is guaranteed by existing statutes. This is misleading: not only is equality not guaranteed, even the “Basic Law: Human Freedom and Dignity”—which is the underpinning of humanist court rulings in this country—would be subordinate to the new law, whose text explicitly states that all Israeli legislation must be interpreted in its light.

Because Israel does not have a Bill of Rights, a reasonable interpretation of the one-sided Nation-State Law, if enacted, might well set the Jewish majority’s national preferences above fundamental human rights and be harmful to members of the Arab minority. They could suffer from nationalist legislation or abuse by the executive branch — and the courts would be powerless to help them. Nor can we ignore the fear that the proposed Basic Law could serve as the basis for tightening the screws of religious coercion.

Knesset member Benny Begin proposed a Basic Law that would stipulate that Israel is the nation-state of the Jewish people but also guarantees equal rights to all citizens, in the spirit of the Declaration of Independence. My preference is for Israel to adopt a full constitution. But since that is unlikely at present, we should at least continue in the path of the Declaration of Independence as proposed by Prime Minister Menachem Begin.

If back in 1948, when their very existence was imperiled, the Jews of this country, of every ideological stripe, could unite around the Declaration of Independence with its balanced text, we may hope that our current leaders, too, will muster the courage to unite around a balanced text.

Adding the element of equality to the proposed Basic Law would make it possible for the clear majority of Knesset members to support it. We would be offering ourselves an immense gift: we could all agree that we are a nation-state that promotes the message — which is both Jewish and liberal — that all citizens of this fine land should be treated with absolute equality.

We have begun our 70th year of statehood. According to the “Ethics of the Fathers,” 70 is the age of wisdom. For a nation, 70 may still signal callow youth — but it would be appropriate to start showing signs of maturity.

Professor Yedidia Stern is vice president of research at the Israel Democracy Institute.