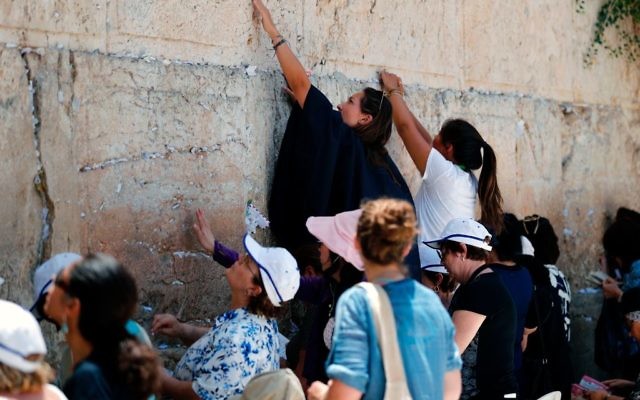 Jewish women pray at the women's section of the Western Wall in Jerusalem on June 27, 2017. Israel's shelving of a deal to allow men and women to pray together at the Western Wall echoed far beyond religion on June 26, 2017 with Prime Minister Benjamin Netanyahu accused of abandoning reform efforts for political gain. Getty Images

While much of the American Jewish community has been lashing out at the Israeli government for reneging on its commitment to establish a permanent Western Wall area for egalitarian prayer, the nation’s leading group of Orthodox rabbis has been virtually silent. At least publicly.

The Rabbinical Council of America (RCA) and the Union of Orthodox Jewish Congregations (OU) with which it is affiliated have not been heard from directly on the Kotel controversy, though surely the issue of prayer at Judaism’s holiest site is of great import.

“We’re going around in circles on what to say,” said one prominent member of the RCA.

The group issued an internal statement for its members soon after the Israeli government announced a freeze on the Kotel plans on June 25. But it was “so pareve” that it has not been released publicly, the rabbi said. The statement expressed concern about the controversy, called for toning down the rhetoric on both sides and urged continued talks. But it did not take a stand.

“We feel an obligation as a leadership organization to speak out.”

Several rabbis who were interviewed, who did not want to be named because of the delicacy of the matter, said the effort to produce a statement is continuing because — or perhaps in spite — of pressure from both sides. They said the Chief Rabbinate in Israel is seeking support from the RCA, while liberal Orthodox rabbis in Israel are calling for a statement criticizing the Chief Rabbinate.

“We feel an obligation as a leadership organization to speak out,” one frustrated rabbi said, “but we’re really stuck. We can’t embrace the Conservative and Reform position, and yet we understand the consequences for American Jewry.” He said the concern is that a short statement “may lack nuance and be misunderstood” on both sides. 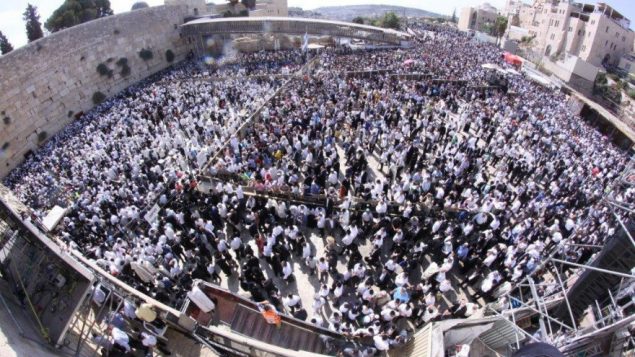 Tens of thousands gathering at the Western Wall to receive the priestly blessing on the Sukkot holiday, Sept. 30, 2015. JTA

Rabbi Heshie Billet, a former RCA president and spiritual leader of the Young Israel of Woodmere, told The Jewish Week that the RCA is seeking to balance its commitment to Orthodox prayer at the Kotel with its respect for members of the broader Jewish community, “who we recognize as fellow Jews, our brothers and sisters, and we do not belittle their sincere desire to pray at the Kotel.”

“We in America did not create this problem.”

Rabbi Billet emphasized that “we in America did not create this problem,” and asserted that the responsibility lies with the Israeli government, including the religious parties, all of whom agreed in January 2016 to the egalitarian plan.

“You [the government] backed out of your agreement and then you stuck us in the diaspora with the problem — that’s the thrust of it,” he said, adding: “We are asking the government to resolve the mess it created.”

RCA members represent a broad range within Orthodoxy. The most vocal group on this issue is made up of those on the right who support the government decision to hold off on the permanent plans for egalitarian services, according to several RCA members. But the critics of the original agreement may not represent the majority of RCA rabbis.

Part of the problem is that the RCA is in a unique position. It may well be the only group in the U.S. or Israel that feels bound by the rulings of the Chief Rabbinate. (The more liberal streams are strong critics of the Chief Rabbinate; charedim have little respect for the office, whose leadership they now choose but do not, as a rule, follow.) 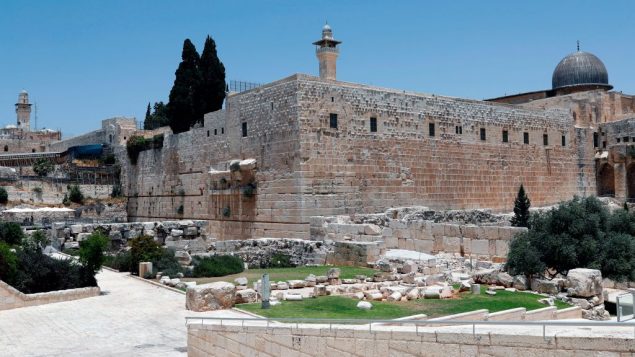 A picture taken on June 27, 2017 shows the right-part of the Western Wall with the dome of Al-Aqsa mosque seen on the right of the photo, taken from the archaeological site known as Robinson’s Arch in the Old City of Jerusalem. Israel’s shelving of a deal to allow men and women to pray together at the Western Wall echoed far beyond religion on June 26, 2017 with Prime Minister Benjamin Netanyahu accused of abandoning reform efforts for political gain. Getty Images

RCA officials often feel compelled to defend the fundamentalist arbiters of matters of personal religious life in Israel — such as marriage, divorce, conversion and burial — even though some of its own members have been “blacklisted” from performing those rites. Just this past week a list from the Chief Rabbinate’s office of at least 160 diaspora rabbis — including members of the RCA — was made public after a long court battle. It contains the names of rabbis the Chief Rabbinate found untrustworthy to confirm the Jewish identity of immigrants to Israel.

An RCA insider said an official in the Chief Rabbinate’s office sought to downplay the incident by insisting there was no blacklist and that there were “technical” reasons for the rejection of some rabbis’ letters in support of congregants seeking marriage, conversion or immigration in Israel. The source said a meeting is being arranged between the leadership of his group and the Chief Rabbinate next week in Israel. He added that though there was “deep concern” among RCA officials about the situation, no public statement was forthcoming so as not to jeopardize the status of the upcoming meeting. 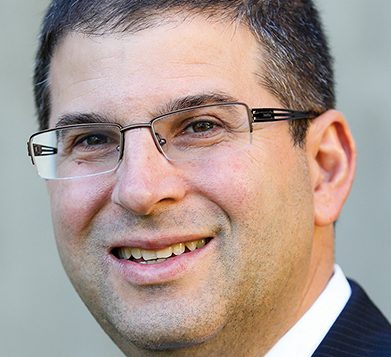 Rabbi Seth Farber is the director of Itim, an organization that won the legal battle for the release of the names and that helps people navigate the religious authorities’ bureaucracy in Israel. In an essay posted by JTA, he wrote this week that the blacklist “is a manifestation of a systemic failure of the rabbinate,” which he described as pushing away rather than enabling Jews not born in Israel to make their home in the Jewish state.

He asserted that “as an Orthodox rabbi,” halacha says “Jews are to be believed if they say they are Jewish. The rabbinate is undermining the very Judaism it wishes to sustain.”

“The rabbinate is undermining the very Judaism it wishes to sustain.”

In reaction to the stinging rebukes over the Kotel issue from Jewish federations, other major American Jewish organizations and the Conservative and Reform movements, the Israeli government has postponed action for six months while advocating for more discussion.

The Orthodox Union, the umbrella group of Orthodox congregations in North America, also has not issued a direct statement on the Western Wall controversy. It is one of 16 national groups and 125 local ones that make up the Jewish Council for Public Affairs, which issued a brief statement saying the JCPA was “deeply troubled” by the Israeli government’s decision. It called on Jerusalem to “find solutions” in “ways that preserve our commitment to one another as a single, global Jewish community.”

The International Rabbinic Fellowship, a more liberal Orthodox organization, expressed “deep disappointment” in the cabinet decision and reiterated its support for the Kotel compromise as “a positive step forward to making the Kotel a public place where all Jews can experience the presence of the Divine according to the dictates of their conscience.”

On the right of the Orthodox spectrum, Agudath Israel of America, a major charedi group, hailed the Israeli cabinet decision on the Kotel issue as “prudent and proper” in “not upending the status quo of normative, traditional Jewish religious worship at the Kotel Maaravi, or Western Wall.” 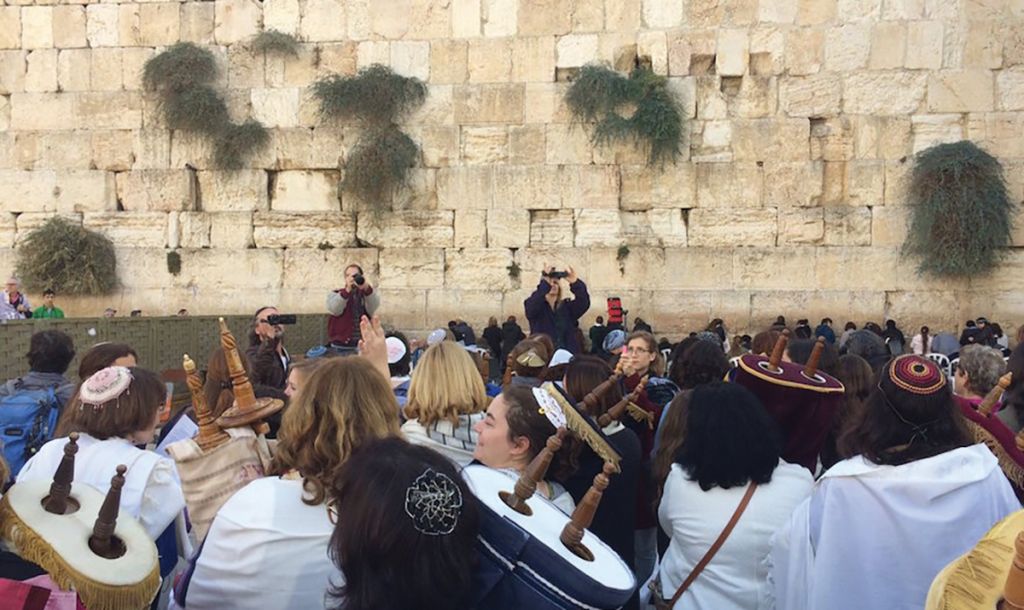 Women of the Wall at a recent service. Israel’s reneging on the egalitarian prayer deal could lead to a deep rupture in Israel-diaspora relations. JTA

The RCA rabbis interviewed here chose not to discuss the other controversial Israeli government decision made on June 25, putting forward for a Knesset vote a bill that would give the Chief Rabbinate a monopoly on conversions.

The RCA rabbis felt that the Conservative and Reform leadership conflated the two decisions — on Kotel prayer and conversions — which the Orthodox see as two separate issues. The conversion one is more complicated for RCA officials to deal with because they have a working relationship with the Chief Rabbinate on these matters. Despite some troublesome obstacles — like the prominent American RCA members not approved on the Chief Rabbinate list of rabbis to officiate at conversions — “we basically work together on these matters,” one RCA rabbi noted. “And we don’t want to jeopardize our relationship with them.”

It is widely believed that Arye Deri, the Interior minister and chairman of the Shas Party (who served a jail sentence for bribery 15 years ago), is the kingmaker regarding the Chief Rabbinate and its decisions. So it appears that Modern and centrist Orthodox rabbis in America are subject to the political priorities of an ex-convict charedi leader.

Such is the complexity of Israel’s system of government, and partly why the RCA in particular finds it “problematic if we get involved in speaking out on these issues,” one local rabbi acknowledged, “and problematic if we don’t.”