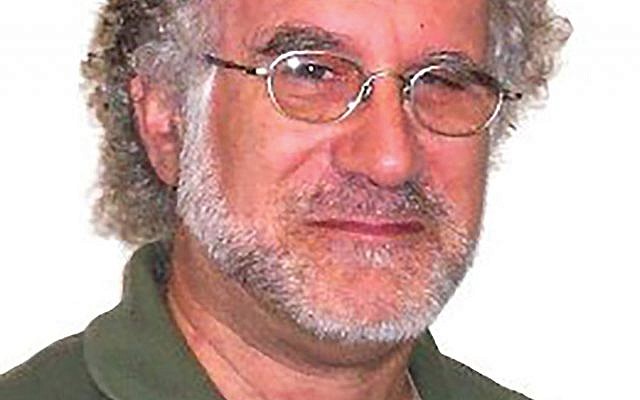 There may not have been a blue wave in the 2018 elections, but a blue-and-white wave definitely crested over the Republicans on Nov. 6.

Both an Election Day survey and the national exit polls showed a roughly 4-to-1 split of Jewish voters favoring the Democrats over the Republicans. Even by the normal standards of this reliably Democratic constituency, the result was lopsided. No other religious group came close.

Jewish candidates were well-represented among the victors who helped swing crucial House seats from the Republican to the Democratic column. Eight new Jewish congressional representatives join the 18 incumbents who were re-elected to produce a total of 26 Jewish Democratic legislators, leaving Rep. Lee Zeldin (L.I.) and David Kustoff (Tennessee) the lone Republicans among the Jewish tribe in the House.

In the Senate, Jackie Rosen joins the seven Democratic senators (including Bernie Sanders, who caucuses with them) after defeating a Republican incumbent in Nevada. All the Jewish incumbents standing for re-election returned to the upper house.

There are many reasons why Jewish voters continue to support the Democratic Party at such high levels. Some short-term factors included the recent massacre of Jewish congregants in Pittsburgh, which a significant share of Jews saw as a direct or indirect consequence of President Trump’s alliance with white nationalists. Jewish concerns about health care, humane treatment of immigrants and asylum seekers, and cancellation of the Iran treaty added to the wave.

Beyond these immediate concerns, something more fundamental pushed Jews away from the Republicans in 2018, a force that was already visible in the presidential election two years earlier. Since the beginning of the Republic, American Jews have built a political culture on the principle that they enjoy equal rights in a secular state. Although Jews became predominantly Democratic in the 1930s, their underlying concern for the American separation of religion and state did not attach itself firmly to a single political party until the 1980s and 1990s.

The renewed Jewish embrace of the Democrats after the upheavals of the 1960s arose in part because questions of church and state became politically salient when the Supreme Court began to apply the religion clauses of the Constitution’s First Amendment to all levels of government. The two schools of jurisprudence that emerged ranged from advocates of Jefferson’s “wall of separation,” the preferred Jewish position, to those who claimed the Constitution permitted public expressions of “religion in general.”

The accommodationists, as they became known, argued that religious liberty would be served by allowing religiously affiliated K-12 schools to obtain public funding and other public benefits. They were also more sympathetic to state-sponsored school prayers and religious observance in public schools. Of late, they have argued that private corporations may constitutionally cite religious beliefs to deny service to customers or benefits to their employees.

As ardent separationists, Jews were very heavily opposed to what they saw as attacks on the secular state. This issue became a partisan dividing line when the Republican Party remade itself as the party of what it called “family values” and recruited Protestant evangelicals as the party’s electoral base. Evangelicals, once mostly pro-Democratic, are today as Republican as Jews are Democratic.

In 2016, many Jewish Republicans and conservatives were horrified by what they saw as then-candidate Donald Trump’s capture of the GOP nomination. William Kristol and others championed the “Never Trump” movement and virtually every conservative/Republican Jewish columnist from every major newspaper and magazine decried Trump’s apparent sympathy for “blood and soil” nationalism. They regarded his attacks on Mexicans, Muslims, the disabled and other groups as language that would appeal to and embolden the anti-Semites among his supporters.  Jewish donors significantly increased their election contributions to Democratic candidates and even most who sat on the board of the Republican Jewish Coalition did not contribute to the Trump campaign.

Those forebodings were transformed into reality when Trump famously refused to repudiate the alt-right after the Charlottesville riots; Jews observed a sharp spike in anti-Semitic incidents in 2017 and 2018.

By embracing Trump, the Republican Party has managed to take a group that was roughly 2-to-1 Democratic and increase the ratio favoring the Democrats over the Republicans. Of course, there are divisions among Jews, with many of the post-1989 Russian immigrants and a large portion of the Orthodox community supporting Trump. But the 2018 results suggest that the Jewish commitment to the Democratic Party, rooted in a deep concern for the preservation of core constitutional values regarding religion and state, will continue into the future.