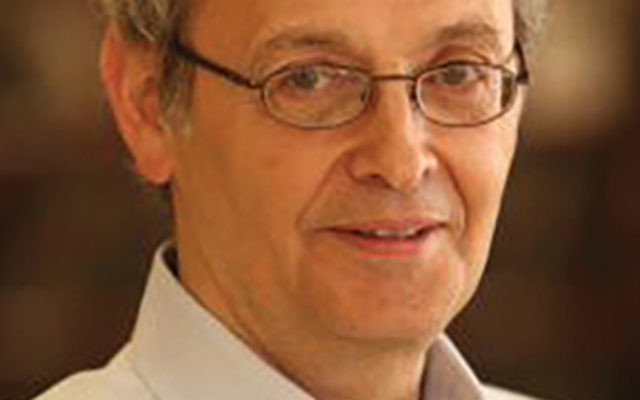 When Army veteran and Vanderbilt University graduate student Taylor Force was murdered in a terror attack this past March in Israel, my colleague and fellow psychologist Dr. Jackie Weinberg and I were approached to provide guidance to the group of students and university staff with whom Taylor was touring Israel.

I arrived at the hotel where the group was staying before they knew their classmate was killed, although their body language clearly reflected a fear that was soon confirmed. The “drill” of a post-trauma event has become an unfortunate part of life for Israeli first responders, but these were American student-tourists, most of whom were not Jewish and likely with little emotional connection to Israel.

We were with the group for hours and what struck us was the lack of any contact or involvement from the U.S. embassy, located only a few blocks down the street. No American official bothered to call, visit or offer any assistance. This despite the fact that Vice President Joe Biden, who was in Israel at the time, had dinner just a short distance away from the scene of the attack. At around 2 a.m., after successfully getting contacts in the Israeli government to reach a staff member at the American Embassy, we received word that “someone” will drop by in the morning to help facilitate flights back to the U.S.

The reaction from Vanderbilt was no less surprising. A statement was issued by the university’s chancellor, Nicholas Zeppos, that condemned the “horrific act of violence,” but the word “terror” was not mentioned and the identity of the Palestinian Arab attacker, which was known at the time, was omitted. A few days later, the university issued a rather bland clarification stating, “the attack was subsequently classified as an act of terrorism. Chancellor Zeppos and the university condemn all such heinous acts.”

Can anyone say that neither the U.S. government nor Vanderbilt University cared enough about what happened to bother visiting those affected or to accurately describe what had taken place? Yet, for many of those sympathetic to Israel, the indifference to terror when it takes place in Israel indicates that a higher standard applies compared to other countries. Unlike the “Je suis (fill-in “Charlie,” “Belge,” etc.) campaigns in other terror incidents, no “I am Tel Aviv” demonstrations are likely anywhere other than among those already pro-Israel. The terror of the rest of world is seen as such, and the terror in Israel is just seen differently. And that annoys many pro-Israel activists.

Palestinian Arabs have been somewhat stumped by what has been dubbed “lone-wolf operations.” In articles in the Palestinian press and discussions among themselves, they go back and forth as to what is happening to their youth. Palestinian Arabs are no fans of Zionism, but neither are they eager to openly engage in another confrontation with Israel, one likely to severely disrupt their lives and create even more social distress than they currently experience. Listen to what they say and one theme comes up over and over again: Their youth have nowhere to go, nothing to do and no future to look forward to. They are hopeless. Add to this the cultural and societal acceptance of blaming Israel, fostered by the Palestinian leadership and an attitude of “anything is allowed” in the struggle against the Zionist enemy, and the recipe for an uncontrolled eruption of violence is set.

Having let the genie out of the bottle, the Palestinian Authority is having trouble getting it back in. Part of the reason is that while they still are cooperating with Israel and acting to identify potential attackers before they attack, they also continue to glorify and venerate the attackers once they do act. Palestinians are not fond of their leadership and the leaders are reluctant to come out publicly against those seen as the “heroes” of the resistance. The world seemingly does not care because few see this as anything other than a spat between neighbors as opposed to a clash of civilizations, and most react to terror in Israel no differently from how many Israelis react to terror in Turkey: “It’s unfortunate, but it’s just not my problem.”

As long as Palestinian Arabs refuse to take any responsibility for their condition and continue to promote themselves as victims, the glory of acting against the Jews will serve as a powerful motivator. What actually determines who will act involves understanding a number of factors that include religious, national and, most important, personal factors. Studying these factors and drawing the appropriate conclusions may take time and effort, but it will also provide a solid basis for understanding the phenomenon based on evidence and not emotion.

Shouting “all terror is the same” (it’s not) or posting “I am Israel,” will make some feel good but will have little influence on the young Palestinian Arab getting ready to take a knife or gun and use it against Israelis. Emotional reactions have had and are likely to continue to have little affect on terror. That’s the way it has always been and until logic, reason and evidence take over, that’s the way it is likely to continue.

Irwin J. (Yitzchak) Mansdorf is a fellow at the Jerusalem Center for Public Affairs, where he directs the Israel-Arab Studies Program and conducts research into the psychology of terrorism.