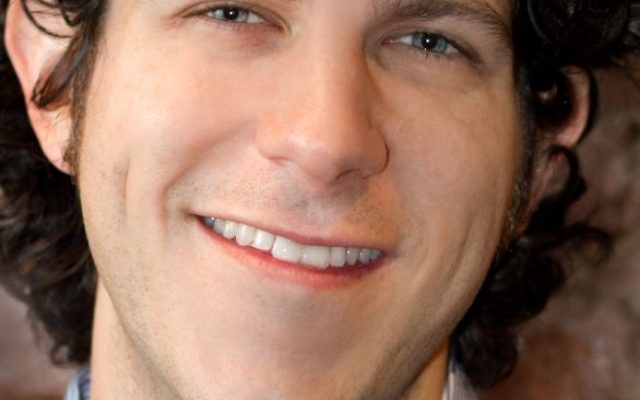 Thousands of Israelis joined together for the annual March for Pride and Tolerance the other day. To many, Jerusalem might seem like an odd location for a Pride March — when you say “gay” and “Israel,” most people likely conjure up the images of speedos and techno music associated with Tel Aviv, not those associated with more conservative and polarized Jerusalem.

Even Jerusalem’s secular mayor, Nir Barkat, seems to think so. On the eve of the parade he declared that he would not attend because “it is a blow to the religious community.” Many are rightfully outraged that the mayor seems not to care at all about the harm his statement caused to the LGBTQ community, who have faced intimidation, violence, and even murder at previous Jerusalem Pride marches.

That’s exactly why the Jerusalem event is so important, and why I wished I could be there myself. It would allow me to continue my streak of marching “out of step” at parades — balancing solidarity with critique.

This past May, I marched in New York’s Celebrate Israel Parade as a proud progressive Zionist.  I march because, as someone who believes in Israel, I know that I must do everything I can do advance a vision of Israel we can all be proud of. So, while others marched to celebrate Israel’s impressive accomplishments in innovation, technology, and culture, participants from the New Israel Fund and our “Progressive Cluster” partners carried signs calling for peace, justice, and freedom alongside our Israeli flags.

Our contingent was met with a few boos from those who couldn’t fathom supporting Israel by promoting progressive values.  But we were met with far more cheers. Dozens of folks joined us for part of the walk up Fifth Avenue, telling us how happy they were to see us there. Our presence affirmed that no one holds a patent on “pro-Israel” — our Zionism is every bit as legitimate as that of other marchers.

But I felt the tension between broad solidarity and targeted critique. We marched in solidarity with the cause, but with the recognition that we can’t only celebrate — not yet, anyway. We march knowing we still have work to do.

I felt this tension again a month later when I marched in the NYC Pride Parade. This time, I marched with Congregation Beit Simchat Torah, the country’s largest LGBTQ synagogue, and with LGBT clergy and members of dozens of other queer Jewish groups and progressive synagogues.

We got our share of surprised looks. This crowd doesn’t bat an eye at a jockstrap, but heads were spinning when fellow marchers noticed our kippot or tzitzit. The sight of rabbis, cantors, and synagogue leaders dancing under a chuppah next to a giant rainbow Star of David certainly stirred cognitive dissonance for some observers. The sad truth is that most organized religion has, at best, a spotty record with LGBTQ inclusion. That our presence in the parade surprises some highlights both how far we’ve come and how far we have yet to go.

I may be a perennial fish-out-of-water. But I’m comfortable breaking from the norm. In fact, I think it’s critical to our movements’ successes.

When a marching brigade approaches a bridge, they begin in perfect lockstep unison. But once they set foot on the bridge, they break stride, each soldier crossing at his or her own pace and rhythm.

Why?  Physics.  Even though the bridge looks stable, when hundreds of soldiers’ boots land at the exact same time, the frequency of their march can cause it to collapse.  On a bridge, total unison can lead to catastrophe. We protect the group by creating our own rhythms.

There’s value in breaking lockstep in our movements, too, when we find ourselves crossing a bridge.

The American Jewish community is crossing a precarious bridge with regard to Israel. We are crossing away from a time when the diaspora-Israel bond was unshakable. Whatever is on the other looks far less uniform.

We know that greater numbers of young, non-Orthodox American Jews report a diminishing affinity with Israel. It is hardly surprising. Years of rightward-drifting Israeli policy contradict their innate progressivism, so young Jews who want to do good focus their energies on local causes instead.

NIF and our progressive colleagues break stride in the Celebrate Israel parade precisely because we believe that our values – which represent those of most American Jews – are integral to our future. By embracing Israel without jettisoning our progressivism and need for justice, we model how the Jewish community as a whole can cross this bridge intact.

Those of us in the American LGBT movement might have thought we crossed our final bridge with the triumph of marriage equality. But the stark wake-up call of Orlando reminds us that we are only midway on the path to our liberation. We will reach it only if we wholeheartedly embrace our diversity.

There is another bridge on the horizon, one between Israel’s origins as a liberal democracy and its uncertain future. The Jerusalem Pride March itself breaks stride with the dominant trend in Jerusalem towards religious extremism and social divisiveness — a force to which even Jerusalem’s own mayor cowers. The Jerusalem march is important because it bucks this trend. It is an opportunity for Israelis committed to the core progressive ideals of inclusiveness, equality, and freedom to join together and take to the streets.

This year, many marched to honor the memory of Shira Banki, z”l, the proud ally slain during the 2015 march by a religious extremist. Shira embodied the best of Israeli and Jewish values. She broke stride with the fearful turn in Israeli society to help advance a vision of hope, love, and justice for all.

Some, like Mayor Barkat, may rather the Pride marchers stay away from Jerusalem. Those same individuals might prefer Jerusalem to be free of secular Jews, Arabs, busses on Shabbat, and women in the public sphere. But the marchers march on, proudly holding Israel up to the best of the values upon which it was founded. Like soldiers breaking stride on a bridge, they are safeguarding our future strength.

David Chapman is senior program officer at the New Israel Fund and member of the board of directors at CBST Synagogue.