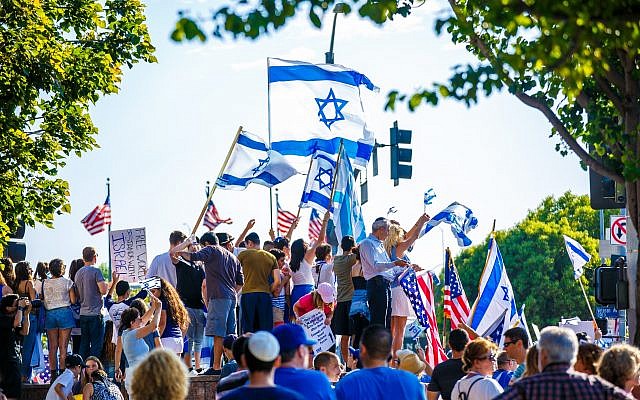 Hillel once remarked, “In a place where there are no men, strive to be a man.” He did not mean this in the literal sense; rather, he meant that in a situation where there is no leader present, you should volunteer to be that leader. For me, I hope to spend my college years as an advocate for Israel. I want to speak up to support Israel as I think we are living in a particularly trying time for college students. Campuses are flooded with anti-Israel propaganda, giving impressionable college students the wrong information. Whether groups are posting videos to Facebook of war in Gaza, putting up walls along campus to symbolize their belief that Israel is an apartheid state or vilifying the Israeli Defense Forces, it makes a statement. This situation is truly disastrous because, upon graduation, these students will enter the real world with anti-Israel political views that will endure throughout adulthood.

College campuses need strong Israel advocates to communicate Israel’s history—our side of the story. Unfortunately, some students refrain from voicing their pro-Israel opinions because they feel threatened by the anti-Israel rhetoric. Now more than ever, students must come forward and start talking about Israel because advocacy is imperative to Israel’s social and political future. I am excited to be an outspoken Israel advocate on campus, as I think it important for students to speak directly to their fellow students.

For many, college is the last step before joining the “real world.” In college, students join political clubs, identify political alliances and formulate lifelong political stances. But how are students to make an informed decision if they only hear one side of the story? I want to be an advocate for Israel on campus because I want to publicize and disseminate the facts to which students are not being exposed. I want to give students the benefit of having all the information so that their positions and opinions can be founded on facts rather than lies. I want the future leaders of the world to know the truth. Hopefully, these future leaders will join me in my efforts to promote Israel and condemn those who propagate lies about her.