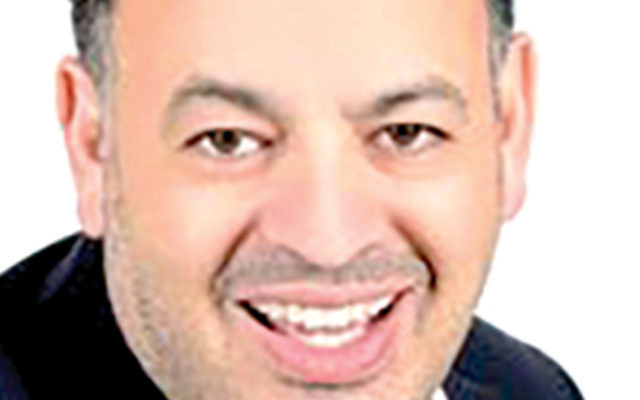 At the J Street U conference in April, student activists insisted that the Jewish establishment publicly denounce the Israeli occupation. While students at J Street U were measured in their demands, not so students from J Street U’s more uncompromising offshoot, If Not Now, which protests Jewish organizations for not publicly opposing the occupation, but refuses to sit down with their leaders to discuss demands. These students insist, like hubristic voices on the extreme right, that others accept their viewpoints, and refuse to engage in dialogue.

So why doesn’t the Jewish establishment take heed and publicly oppose the occupation? My sense is that most simply don’t think calling for an end to the occupation does justice to the complicated dilemmas Israel faces, or that such calls will help bring peace.

Most mainstream Jewish leaders acknowledge that Israel’s rule in the “occupied territories” or “administered territories” or “liberated territories” or “Judea and Samaria” ain’t pretty. They’re keenly aware of the hardships and indignities that many Palestinians routinely experience. They recognize the limited mobility of Palestinians, the land confiscations, the home demolitions, and the sometimes arbitrary nature of administrative detentions. They worry about the long-term demographic trends of a growing Palestinian population, Israel’s increasing political isolation and the coarsening of Israeli society.

But unlike the anti-occupation activists, establishment figures, myself included, are generally far less certain Israel has the power on its own to bring about peace and security. They believe the devil is in the details.

Those calling for an immediate end to the occupation are often sketchy on the specifics. They rarely proffer how, exactly, Israel should end the occupation. Most oppose a unilateral Israeli withdrawal from the West Bank. They almost invariably disparage Israel’s 2005 disengagement from Gaza, lambasting the Israeli government for exiting without an agreed-upon framework for security and governance. Many blame Israel for the Hamas takeover in Gaza.

So if the anti-occupation activists — at least those who support Israel’s right to exist among them — oppose unilateral withdrawal, then they must support the only other alternative to unilateralism: a negotiated two-state solution. Few, however, seem to question whether the Palestinian Authority would agree to a solution that leaves a Jewish state intact. They simply assume that if Israel tried to cut a deal, the Palestinian leadership would follow suit and make peace.

While many in the establishment would be overjoyed if the Israeli government were more forthcoming in its support of a political solution, they may be dubious that the Palestinian Authority would reciprocate. In 2008, Palestinian Authority President Mahmoud Abbas refused an offer from Israeli Prime Minister Ehud Olmert that would have given Palestinians a contiguous state with a capital in Jerusalem.

Eight years earlier, Yasir Arafat’s Palestinian Authority demonstrated little willingness to cut a two-state deal. There were multiple offers put on the table from September to December 2000, the last of which was extended to the two parties by President Clinton. The Palestinian leadership would not budge.

Unfortunately, the Palestinian population, not just the leadership, overwhelmingly rejects a peace deal. With a negotiated agreement in place, it’s possible that many would come around. It’s also possible that the opposition among the rank and file makes it difficult for Palestinian leaders to negotiate a deal in the first place.

Even if anti-occupation activists hold Israel primarily responsible for the impasse, they might at least acknowledge some doubt about the willingness of many Palestinians to live in peace.

Anti-occupation activists might also entertain the possibility that cutting a peace deal might not bring peace and security. High-minded plans sometimes look better on paper than they do on the ground. It’s not at all certain that the Palestinian Authority would survive the winds of instability blowing through the region. It’s quite possible that the Palestinian Authority would be deposed or implode, and Israel would eventually face a hostile adversary in the closed quarters of Jerusalem and a few miles away from its international airport. Confronted with unceasing rocket fire and cross border attacks, it’s even possible that Israel would be forced to re-occupy the territories.

Such doubts do, however, influence my public stance toward the Jewish state. Unlike the anti-occupation activists, I don’t demand that Israel take action that may not work.

I call on Israel to do everything in its power to make peace. But unlike those who exhort only Israel to end the occupation, I believe that peace takes two.