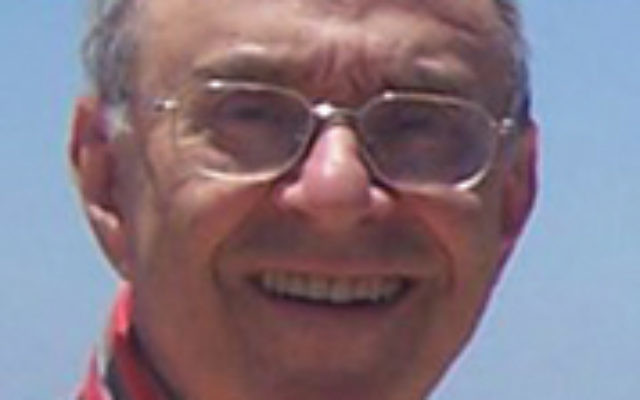 David Bernstein has written an articulate defense of those who, like him, refuse to denounce the Israeli occupation of the West Bank, or, in some extreme cases, even admit that an occupation exists (“Why I Don’t Call Israel Out on the Occupation,” Opinion, July 8). He argues that simply calling for an immediate end to the occupation does not recognize the complexity of the situation and will not bring peace and security to Israel.

Sadly, however, my friend David has missed the mark. The occupation can be denounced without calling for immediate withdrawal.

The occupation is evil. It is immoral. It is un-Jewish. When I carried my JNF blue “pushka” on the streets of Brooklyn as a child, when I literally leapt for joy as I listened to the announcement of results of the UN vote in 1947, when I worked, together with David Bernstein at the American Jewish Committee, and now at the JCPA, and as chair of Americans for Peace Now, for the safety and the security of the State of Israel I did not dream of a Jewish nation that would be the oppressor of another people.

I am concerned about the impact on the oppressed, a concern David shares, but I am as much if not more concerned with the dangers the occupation poses to Israel’s society and to its place in the world.

The occupation invites antagonism toward and pressure upon Israel. It is an excuse for, and feeds, anti-Semitism. Because of its inherent evil, it disgraces Israel in the eyes of many who are otherwise disposed to warmly support her.

Ending the occupation is necessary for the sake of Israel’s future as a liberal, humane, democratic society. To remain silent is to be complicit, to be an enabler. It is unacceptable.

That there are security considerations in ending the occupation is obvious. Of course Israel must be concerned with threats to itself and to its people. And, of course, even total withdrawal will not bring Israel peace and security. But the choice is not between continued occupation and immediate unilateral withdrawal. There are many measures Israel should take to begin the end of the occupation, and those measures are within Israel’s power to take without compromising its security. Failure to call out for them is a failure of leadership at best.

Let me suggest a few such measures:

1. Israel can announce to the Palestinians and to the world — and indeed, to itself — that it recognizes that the occupation must be ended at some point, that it will do so as soon as the security situation permits, and that until that time it will administer the West Bank for the benefit of its Palestinian inhabitants and its own safety.

2. Israel can unilaterally end land confiscations and incursions as well as retroactive legalization of rogue outposts and settlement expansions.

3. Israel can reverse inequitable water allocations that allow for swimming pools in settlements but not for showers in Palestinian villages.

4. Israel can announce an end to any and all construction in the West Bank and east Jerusalem settlements. (We can quibble over whether that could apply to the so-called settlement blocks).

5. Israel can, at the same time, end the impediments to Palestinian construction in the West Bank and east Jerusalem. It can use its power of retroactive legalization to legitimize the tens of thousands of homes the Palestinians have constructed without the permits denied to them by Israel.

6. Israel can provide compensation arrangements to encourage its settler population to resettle within the green line.

The leaders of our community need to call Israel out on the occupation. So what if it will not automatically bring peace and security? It will make peace and security more likely, not less. It will demonstrate Israel’s dedication to peaceful coexistence, a dedication now widely doubted. The occupation must end for the sake of the Palestinians suffering under it, for Israel’s sake as the occupation continues to eat away at the morality and decency of its society, and for the sake of all Jews — such as myself — who still hold the Zionist dream of a Jewish, democratic state.

Martin Bresler is former chair of the board of Americans for Peace Now.