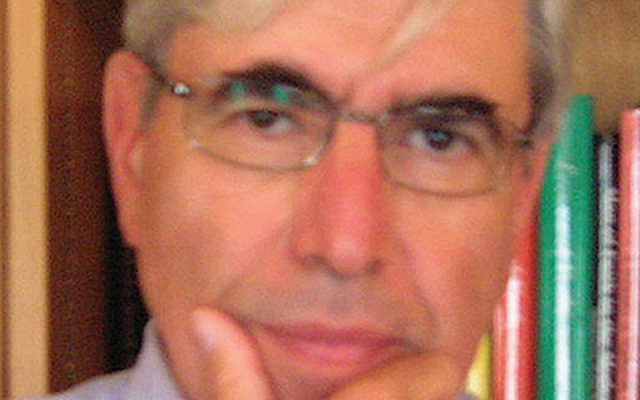 Bil’am, the Aramean prophet who is engaged by the Moabite king Balak to curse Israel — but ends up blessing the Israelites instead — is one of the more colorful, and comic, characters in a Torah replete with colorful characters.

First off, who is Bil’am?

We first encounter Bil’am not in our parasha but much earlier. As Rabbi David Silber reminds us, in the Torah’s catalogue of the kings of Edom [Genesis 36], the first king listed is one Bela ben-Be’or. King Bela is an Edomite, which means that he is from the family of Esau. Clearly, the Bil’am of our parasha is not an Edomite; but, in the Chumash, near-identical names are never coincidental. The Torah surely wants to link the Balak/Bil’am narrative to Esau/Jacob.

Indeed, the narratives of our parasha and of Jacob and Esau in Genesis are parallel.

First, a purely historical question. Why is Balak bent out of shape over the Israelites? What is at the root of his agenda in calling in Bil’am to curse the Israelites?

It appears that Balak may indeed have a legitimate beef. The Chumash spills some ink on the narrative of how the land conquered by the Israelites from the Amorite King Sichon (the beginning of the conquest of Canaan) was originally Moabite land. From Balak’s standpoint, “These Israelites took a big chunk of my land” — and he’s not wrong.

Moab was descended from Lot, and his land was, at some level, protected. As was the case with the lands of Edom, descended from Esau. The narratives are related. Why this is so is the message the Torah wants to convey in our parasha.

The primary question asked by the Torah in both stories is the same. Jacob, having left the house of Laban, is poised to cross the River Jabbok and re-enter Canaan [Gen. 32]. In our parasha, the Israelites, having begun the conquest, are poised to cross the Jordan and enter Canaan. Is the Jacob of Genesis 32 worthy of continuing in the covenantal path of his grandparents, Abraham and Sarah, and enter the Land? Are the Israelites of our parasha, after the conquest of Sichon, worthy of fulfilling the Covenant, and entering the Land? The Torah is asking, in effect, why should the new generation enter Canaan? It’s the same question as with Jacob.

The answer lies in the narrative of Balak, which recalls the foundational story in Genesis: Jacob’s wrestling match. Jacob, a deeply flawed person, has an encounter with the strange “ish” (a “man”) who sets out to destroy Jacob, to prevent him from crossing over. There is a struggle, at the end of which Jacob forces the ish to bless him, and the ish not only blesses him but most significantly re-names him. Jacob is utterly transformed. From the flawed “Jacob” that he was, he becomes “Israel.” Jacob is named Israel (Yisrael) after his grandmother, Sarah (“princess”).

David Silber suggests that the Bil’am and Jacob stories have further parallels that cannot be ignored. Bil’am is clearly linked to — indeed, his story is a retelling of — Genesis 32-33, the encounter of Jacob with his brother Esau, who (as does the ish) tries to prevent Jacob from entering Canaan. Bil’am’s agenda (following the marching-orders of Balak) is a similar one. But look at the three blessings of Bil’am: Jacob and Israel appear in every of Bil’am’s prophecies, no fewer than eight times in the three blessings.

The Torah wants us to hear Jacob and Israel in the blessings of Bil’am, to tell us that just as Jacob — now Israel — has broken with the deceit of the House of Laban (and indeed with his own deceitful life), so are the Israelites in the desert capable of transformation. Jacob’s résumé is not a good one, but he can and does return. The answer for Jacob comes in the form of the ish, who wants to prevent Jacob from “crossing over,” but blesses him instead. It’s our narrative, in Balak.

Bil’am, in his earlier literary incarnation as Bela, the first king of Edom, evokes Esau, Jacob/Israel’s brother, who likewise tries to block the Israelites’ passage to Canaan. But Bil’am cannot curse Israel because he knows that Israel has the ability to transform. Bil’am, in his blessings, asserts that Israel does indeed have the qualities, the worthiness, necessary for entering Canaan and achieving, as did the Israel of Genesis, its covenantal mission.

Jerome A. Chanes  is a senior research fellow at CUNY’s Center for Jewish Studies.