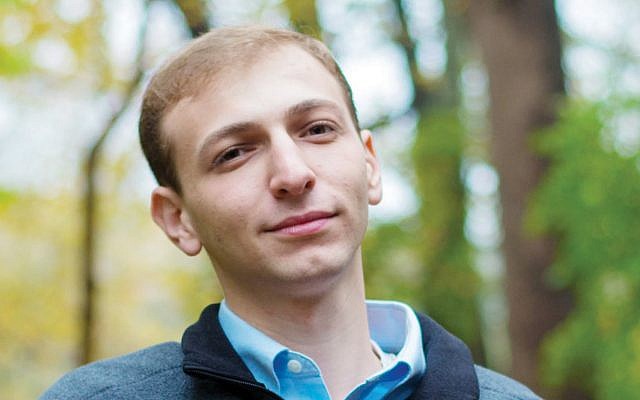 In June 2017, I received a Facebook message from a friend, Taj Ingram, I had met through an interfaith fellowship. He had been recently profiled on Canary Mission, a blacklist for “individuals and organizations that promote hatred of the USA, Israel and Jews on North American college campuses.” Taj is half-Jewish and, ironically, he had been put on the list after joining the Muslim Political Alliance in an effort, he told me, to “get more Muslims involved in American politics after the election” — arguably the most patriotic act one can do. He then left the organization over disagreements on their direction.

He asked me about Canary Mission and I quickly dismissed it, saying it was “run by a bunch of crazy right-wing people.” I didn’t know at the time that it was being funded by mainstream Jewish organizations like the Jewish Community Federation of San Francisco.

As a recent campus leader who has fought BDS and anti-Semitism at the University of Maryland, I affirm the statement from pro-Israel campus leaders that Canary Mission does more to alienate Jews than protect them and is a roadblock for constructive dialogue on campus. Jews must support organizations that work to create bridges for Jewish students on campus instead of helping contribute to an alienating and hostile environment.

Canary Mission seeks to act as the figurative canary in a coal mine by identifying anti-Semitic acts on campus and publishing the names and photos of the perpetrators to protect Jews and intimidate potential future anti-Semites. However, instead of working with victims of anti-Semitism, Canary Mission unilaterally publishes the offender’s information without regard for the consequences. Instead of intimidating offenders and deterring them from committing anti-Semitic acts, as intended, it discourages people from engaging in dialogue with Jews or including them in spaces out of fear of being reported. This makes a Jewish student’s reality on campus more challenging, not less.

When Canary Mission takes these unilateral actions they not only isolate Jews but prevent real progress from being achieved. According to a student leader at Wayne State University in Detroit, when the Students for Justice in Palestine (SJP) group began committing anti-Semitic acts like spray painting “death to Israel” on the Artists 4 Israel Peace mural, student leaders decided to document examples of anti-Semitism to prove the group was violating campus policies. Such evidence, when presented to the administration, could result in shutting shut down the group. However, before the Jewish student leaders could act, Canary Mission did an exposé on the Wayne State SJP by making a flashy video with some anti-Semitic tweets that members of SJP had written. There was an immediate assumption that the video had come from the members of the pro-Israel group on campus, which made it difficult for them to document any further anti-Semitic examples as SJP members became more careful about where they expressed their opinions.

Instead of punishing campus anti-Semitism, this action resulted in student leaders being unable to report SJP actions to the administration. Meanwhile, the only lesson the SJP learned was how to get around campus policies with its anti-Semitism. Because of Canary Mission’s unilateral action, Jews on campus were alienated, and authentically anti-Semitic students received no punishment for their actions.

Unfortunately, this story is not unique. Jenn Miller, president of Terps for Israel at the University of Maryland, said that pro-Israel students “made a point to distance ourselves from them (Canary Mission) because we know affiliation with the group would only hurt us.” When a BDS vote at Maryland failed, it was because “pro-Israel students showed up in masses to protest BDS,” Miller said, “and none of our efforts included harping on students with whom we disagreed. We were successful by sharing emotional testimony, personal stories, and facts.”

Those who want to genuinely support Jewish students on campus should oppose, if not help shut down, Canary Mission. There is undoubtedly anti-Semitism on campus, but the solution to extremism and bigotry is humanizing each other and not alienating one another. Only through constructive dialogue and human interaction can we make the college campus a more welcoming place for Jews, and the first step is to promote bridge building rather than hostility.

Moshe Klein, who blogs for The Times of Israel, is a graduate student studying terrorism analysis in New York City.