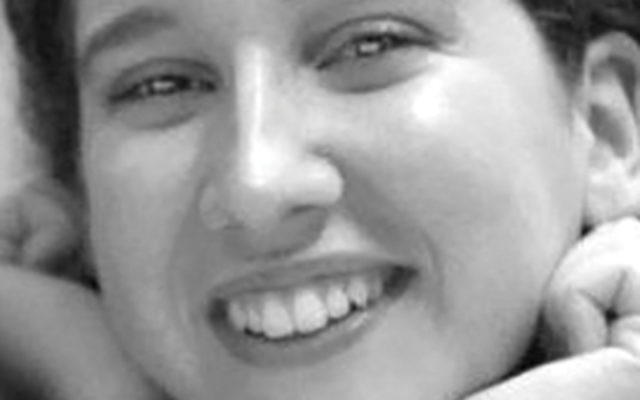 Any college student who has been to Israel and fell in love with it like I did has been in my shoes.

Apartheid Week rolls around on your campus and you feel the urge, as you pass the flurry of posters of Gandhi and Desmond Tutu exhorting you to boycott Israel, to crunch those posters up into tiny balls and shove them somewhere where the sun don’t shine.

Half of you wants to stand by each poster board wall with a megaphone, shouting to anyone who will listen about the outright distortions and the ridiculously irresponsible use of words like “genocide.”

The other half realizes that you’re no longer credible. You are a Jew who cares — too much. You are considered biased, regardless of how many degrees you have under your belt. Even your friends won’t listen. It’s political. It’s messy, and they don’t have a degree in politics like you do. At the end of the day you are shouting to yourself in a vain attempt to be heard. You are inviting everyone to a debate no one ever asked you to attend. But you expect that anyone exposed to facts will listen to reason.

This is your expectation. But you are wrong. And we have been wrong for the past 40 years.

If this were a battle between truth and falsehoods, Israel would have won a decisive victory years ago.

We are slowly waking up to the fact that this is a battle of emotion.

No one is more pitiable than the underdog, which Israel is not.

So let’s throw some experts at the problem: a splash of ambassadors, a touch of Palestinian speakers, a pinch of Israeli experts and then magically people will jump in the pro-Israel stew to listen. Except they don’t.

Fine, so let’s speak the language of racism.

As of 2014, 57 percent of all anti-religious attacks in the U.S. were against Jews, compared to 16 percent of hate crimes against Muslims. But let’s not pretend, Jews have been “upgraded” to white people over the last 20 years. Muslim is the new Jew. Even Jews are saying so.

OK. Maybe that didn’t work, so let’s shout as loudly as they do. Hashtag better than the hippest hipsters. Throw some of that Jewish money at the problem. Well, it is better than doing nothing. Right?

But is it? Let’s go back to the facts that we love so much.

Fact No. 1: No one seems to care as much as you think they should.

Fact No. 2: We are talking to ourselves. This is not working.

Fact No. 3: The situation is not as bad as we think.

Fact No. 4: Jewish youth don’t care about Israel anymore because they are about as connected to Judaism as they are to bagel and lox. Plus it is controversial. No one wants to be that Jew.

In the mad scramble to hit them where it hurts, we have forgotten how to be effective. Terrified of the prospect that America could be the next France for Jews, fighting has become all that matters. We have successfully made an industry of being abused and punching back, in perpetuity.

This is usually the point in the essay where the writer declares that we can do better and then offers no useful solutions. Fear not. I have plenty of solutions (that no one will implement).

Useful Solution No. 1: Stop throwing money at the problem.

Spend more funding on research regarding what affects public opinion on university campuses. Pilot studies that have begun to shed light on the methods that actually could prove effective against BDS rhetoric have been ignored by donors.

Hint No. 1: Liberal students don’t care about Israeli security, have never experienced terrorism and cannot empathize about something they don’t understand. Buzzwords like human rights, though, potentially could change minds about BDS. Mentioning that BDS hurts Palestinians cuts through to the hearts of students. Screaming about anti-Semitism doesn’t.

Hint No. 2: There is little to zero intellectual diversity on campus. Liberal professors outnumber conservative professors 5-to-1. This is a disturbing number no matter your political views.

Hint No. 3: Almost no one has heard of BDS. Remember these are the same students who can barely name the U.S. vice president.

Useful Solution No. 2: Stop validating the demonization of Israel through instinctive response.

Anti-Israel student: “Stop spreading your Zionist propaganda. Here is a picture of a dead Palestinian child. Pity us.”

Pro-Israel student: “Here is a picture of a terrorist blowing up a bus. Pity us.”

Bystander: “How thought provoking! Now I will go research this subject in detail.” (Says no student, ever.)

Instead of feeding the BDS troll, why not have an Israel discussion on our terms instead of on theirs? If you want to talk about Israel, do that. Just not in the context of them demonizing us.

Useful Solution No. 3: Stop the hand-wringing and despair. This is a hard one. Especially for me. But polls show an overwhelmingly positive attitude towards Israel, even on campus. Be confident. Despite France, despite ISIS and Iran, despite all the evidence telling you to panic. Don’t. We will win this fight. We have the state of Israel and we are never going to give that up.

Tamara Elashvili is a graduate of Emory University living in Israel.