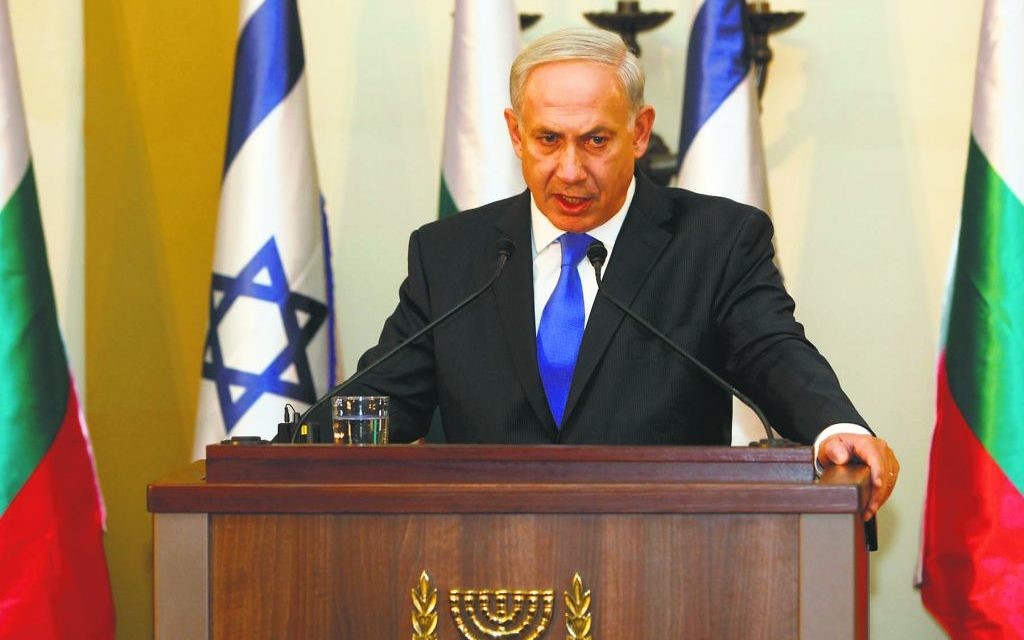 Washington — In the U.S.-Israel relationship, “daylight” is back, but this time it’s Israeli Prime Minister Benjamin Netanyahu who is being called on to draw down the shades.

The back and forth recalls tensions in the first year of both governments — but then it was President Obama who was largely bearing the brunt of accusations of allowing for daylight between the two allies, at that time because of differences over how to deal with the Palestinians.

One element is a constant: Then, as now, the pro-Israel community is in the middle pleading for a little quiet.

He pointed to a Rosh HaShanah-eve statement from the American Israel Public Affairs Committee affirming Obama’s support for Israel as a signal that the pro-Israel lobbying group was seeking to right the vessel of U.S.-Israel friendship.

“With Israel and America facing unprecedented threats and challenges in the Middle East, we deeply appreciate the close and unshakable partnership between the United States and Israel,” the statement said. “President Obama and the bipartisan, bicameral congressional leadership have deepened America’s support for Israel in difficult times. Under the leadership of Democrats and Republicans, working together, U.S.-Israel security cooperation has reached unprecedented levels.”

The statement was unusual in and of itself — AIPAC rarely issues statements unrelated to legislation under consideration. Additionally, to name only one presidential candidate less than two months before voting day is exceptional, although the statement was focused only on elected officials and also praised Rep. John Boehner (R-Ohio), the speaker of the U.S. House of Representatives.

Some liberals and Jewish Democrats have accused Netanyahu of playing politics. But others who do not go that far still suggest that Netanyahu misplayed his hand.

In an interview with JTA, Rep. Gary Ackerman (D-L.I., Queens) said that he accepted that Netanyahu’s preoccupation was with Iran, not with the elections, but that only underscored why his timing was not wise.

“He has every right and responsibility to do everything in his power to protect Israel against any existential threat — I wouldn’t want to interpret how best he does that job — but the fact be known there is a political campaign going on in America,” Ackerman said.

Rabbi Eric Yoffie, the Union for Reform Jewry’s immediate past president and a self-described hawk on Iran, offered a harsh assessment of Netanyahu’s actions, writing in Haaretz that they had “left me in a state of stunned disbelief.

“The cardinal rule of American-Israel relations is that neither country interferes in the national elections of the other,” Rabbi Yoffie wrote. “Yet Mr. Netanyahu has inserted himself into the American election campaign, with predictable and catastrophic results.”

The tension, which has been building for months, arises, Israeli officials have said, from Netanyahu’s concerns that Obama will not make clear the red lines that Iran should not cross with its suspected nuclear weapons program, or otherwise face military action.

Netanyahu’s sharpest outburst was on Sept. 11 (the timing, insiders say, raised eyebrows inside the White House).

“The world tells Israel, ‘Wait, there’s still time,’” Netanyahu said at a press conference. “And I say, ‘Wait for what? Wait until when?’ Those in the international community who refuse to put red lines before Iran don’t have a moral right to place a red light before Israel.”

Netanyahu was seemingly referring to urgings from a parade of Obama administration officials who favor exhausting diplomatic options before considering military action, as well a statement from Secretary of State Hillary Rodham Clinton, in which she said the U.S. is “not setting deadlines.”

There were other signs, before and after Netanyahu’s speech, of tensions between the two allies. Israeli officials leaked to Israeli media, ahead of the Democratic convention in the first week of September, that Netanyahu at a meeting had dressed down Daniel Shapiro, the U.S. ambassador to Israel, over Obama’s Iran policy. Rep. Mike Rogers (R-Mich.), who attended the meeting, confirmed the nature of the exchange in an interview with a Michigan radio station.

In the days after Netanyahu’s Sept. 11 remarks, Israeli officials once again leaked to Israeli media, this time to reveal what they said was Obama’s refusal to meet with Netanyahu during the United Nations General Assembly, which takes place this week.

The White House said Obama was in New York the first part of the week, and Netanyahu the second part, because of Yom Kippur, and noted that Obama was not having face-to-face meetings with any leaders during the General Assembly.

Obama, for his part, told rabbis in a call just before Rosh HaShanah that no leader — including Netanyahu — publicly shared red lines, according to multiple participants. In an appearance on “60 Minutes” that was broadcast Sunday, Obama was asked about whether he felt election-year pressure from Netanyahu on the Iran issue.

“When it comes to our national security decisions, any pressure that I feel is simply to do what’s right for the American people. And I am going to block out any noise that’s out there,” he said. “Now I feel an obligation, not pressure but obligation, to make sure that we’re in close consultation with the Israelis on these issues because it affects them deeply. They’re one of our closest allies in the region. And we’ve got an Iranian regime that has said horrible things that directly threaten Israel’s existence.”

Netanyahu has said that his pronouncements have nothing to do with elections and are all about Iran’s timetable to achieve a bomb.

“God, I’m — I’m not going to be drawn into the American election,” he said on NBC’s “Meet the Press” on Sept. 16. “And — and what’s guiding my statements are — is not the American political calendar but the Iranian nuclear calendar.”

On Monday, the White House press secretary, Jay Carney, pointed to this statement as evidence that reports of tensions between the two governments were overstated.

Some Jewish members of Congress, however, have objected to Netanyahu’s approach.

“It appears that you have injected politics into one of the most profound security challenges of our time — Iran’s illicit pursuit of nuclear weapons,” Sen. Barbara Boxer (D-Calif.) wrote in a letter to Netanyahu on Sept. 12.

Boxer, who sponsored a bill signed by President Obama that enhanced U.S.-Israel defense cooperation, turned the word “daylight” on Netanyahu. “I urge you to step back and clarify your remarks so that the world sees that there is no daylight between the United States and Israel,” she wrote.

“I didn’t think it was appropriate for the prime minister to publicly get into a dispute with the president of the United States,” Waxman said.

Frank even wondered of Netanyahu, “Maybe he’s for Romney,” which he said would be “a mistake.” But he said, regarding the Israelis, “I think they’ve pulled back a little bit.”

Republicans and conservatives, meanwhile, blame Obama for the tensions. Republican presidential nominee Mitt Romney has criticized Obama for not scheduling a meeting with Netanyahu. “It sends a message throughout the Middle East that somehow we distance ourselves from our friends and I think the exact opposite approach is what’s necessary,” Romney said in his own interview on “60 Minutes.”

A conservative political action committee is airing anti-Obama ads in South Florida that consist mostly of footage of Netanyahu’s Sept. 11 remarks on Iran. The ad concludes with a narrator saying, “The world needs American strength, not apologies.”

“Sure, some things would have been better not said because of the season, but the world doesn’t stop because it’s a political season,” he said.