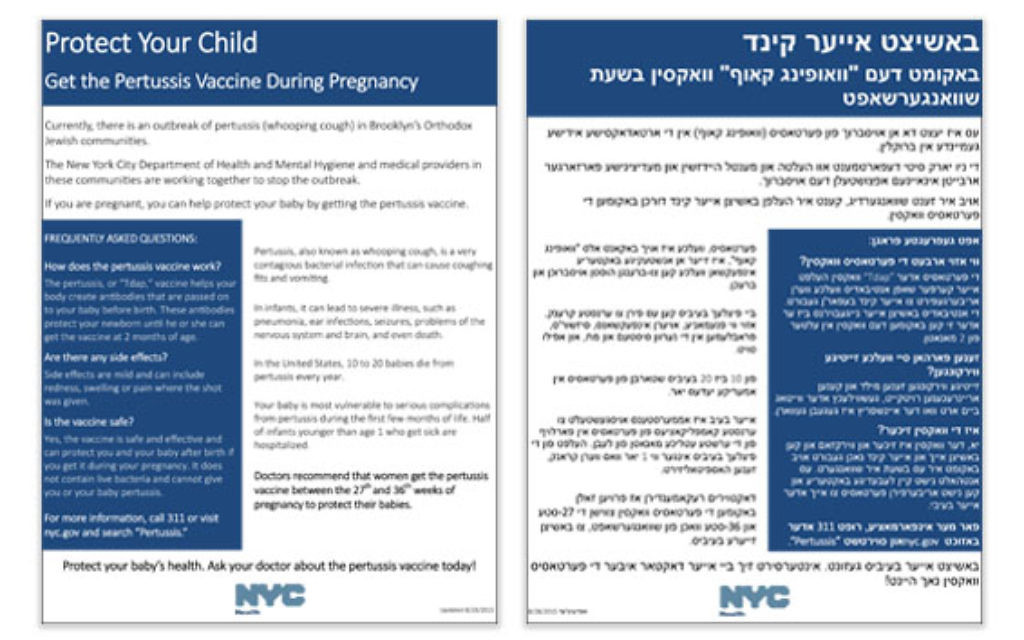 Some 109 cases of whooping cough, or pertussis, have been reported in Crown Heights, Williamsburg and Borough Park over the past year, with the number increasing over the past four months, the city’s Department of Health and Mental Hygiene reported.

A handout issued last week in English and Yiddish calls on pregnant women to be vaccinated for the disease.

On average, 200 cases of pertussis are reported across the entire city in a calendar year.

Ninety percent of the reported cases are children and toddlers, and around half of the children affected either were not vaccinated or had not received up-to-date shots, according to an alert sent around New York City’s Health network.

Three of the 37 mothers with affected children had received the recommended tetanus-diptheria-acellularr pertussis vaccination during pregnancy, the alert reported.

Five affected infants had to be admitted to the hospital; one came down with pneumonia.

City health officials are advising doctors to recall patients who have not received the recommended vaccinations, so they can receive proper and prompt treatment should they come down with the illness, the New York Post reported.